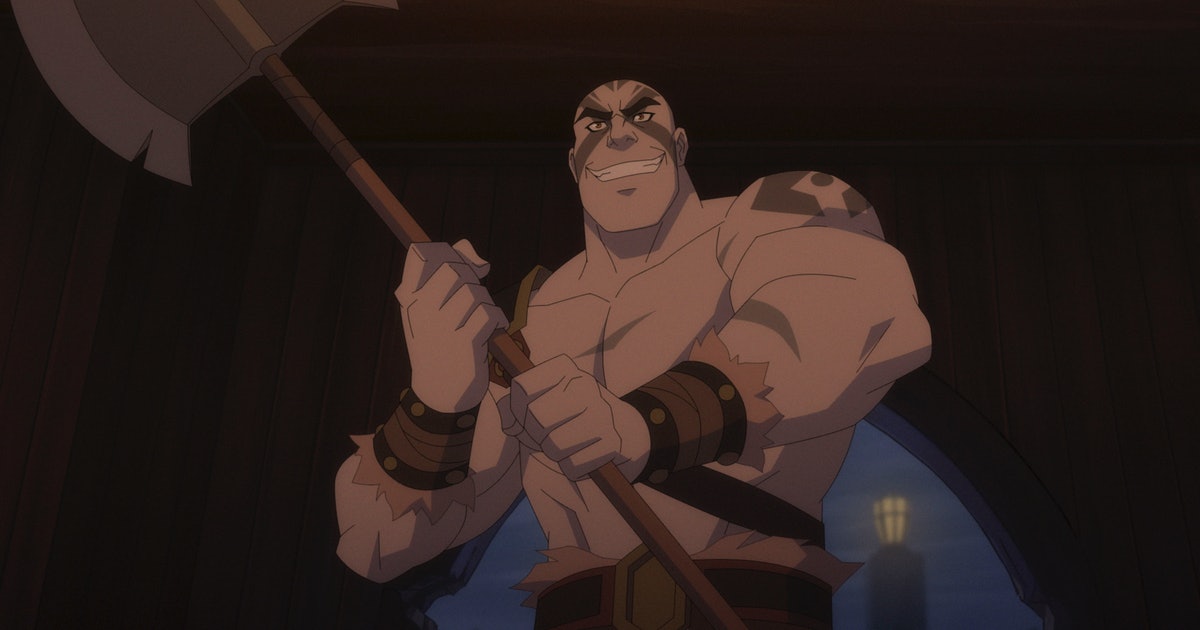 It’s been a long journey for Critical Role. One might call it a quest.

Originating as a casual game of Dungeons & Dragons played by a tight-knit circle of cartoon and video game voice actors, Critical Role has lived up to the internet’s promise of DIY success since launched o Twitch in 2015.

Seven years after the group first rolled dice for an audience of a few hundred people, Critical Role arrives on Amazon Prime Video with The Legend of Vox Machina, an animated adaptation of their “Briarwood Arc,” so named after its villains of socialite vampires.

The Legend of Vox Machina began as a single animated special funded by a Kickstarter campaign in 2019 that raised $11.3 million. Amazon then picked up the project and expanded it from a special to two 12-episodes seasons.

But creating a season of TV based on over 30 sessions of Dungeons & Dragons is no easy task. As Critical Role’s cast and founding members tell Inverse, it was a matter of knowing what should make it to screens and what should quite literally stay at the table.

CEO Travis Willingham, who also voices the axe-wielding giant “Grog,” tells Inverse that it took outsider perspectives to make the stories they told in tabletop comprehensible for newcomers and fresh for existing fans. “Campaign One was about 400 hours, and the Briarwood Arc was around 35 hours,” Willingham says. “We had to squish that down into about six.”

Though a lot of narrative legwork was already in place when production of Vox Machina began, the stories had to make sense for TV. That meant seeking out experienced television writers who knew what they were doing. Critical Role assembled its own party whose combined writing credits include Justice League Action, Castle Rock, Once Upon a Time, Westworld, and Batwoman.

“We knew what we loved, we knew what the audience loved,” says Willingham. “We brought in outside writers with a new pair of eyes and ears to listen and say, ‘This is what I like, this is what I’m vibing on.’”

Brandon Auman, previously the executive producer of Teenage Mutant Ninja Turtles and Star Wars: Resistance, serves as showrunner on The Legend of Vox Machina. “It was definitely the hardest part of working on the show, figuring out what’s gonna stay and what’s gonna go,” Auman tells Inverse.

“It was a collaborative effort from us and the other creatives,” says Mercer. “Not everything [from our games] is going to get there, but [there was] comfort knowing that everything that doesn’t make it is still in the original streams. It can still be enjoyed in its original format.”

The Briarwood Arc revolves around Percy de Rolo (Talesin Jaffe), a gunslinger seeking revenge against the vampires who murdered his family. It was chosen on the basis of its tonal diversity, ranging from horror to comedy, to satisfy the needs of Vox Machina. For most viewers, it will be their first impression of Critical Role.

“There’s a lot of members of Vox Machina, and they all needed their own introduction to the audience,” says Sam Riegel, who voices “Scanlan,” a gnome bard and the show’s primary source of comic relief.

“We thought it might help introduce everyone if we focused on just one, weirdly. If we focused on Percy’s storyline, not only would we get to know him better, but we would get to see everybody else in the group react. How they deal with being thrown into situations filled with emotional depth, horror, and chaos.”

“It’s cinematic, it’s emotional,” says Auman, “For me, as an outsider, that’s where you could see how it translates into an animated series.”

“You learn a lot about people when they’re thrown into desperate situations,” adds Riegel. “As we played through the original campaign, we as players, as actors, and as friends learned a lot about each other during that arc because it was the first time in our campaign we got to delve into these bigger, meatier issues of regret and shame and revenge. It just seemed like a natural way to delve into our characters in front of a new audience.”

Critical Role is one of the internet’s most popular Dungeons & Dragons livestreams. While it’s far from the only D&D show out there, it’s credited with encouraging renewed interest in tabletop RPGs. With the pipeline from tabletop to TV now laid out by Vox Machina, what will the future of tabletop games look like? Will Vox Machina turn other people’s D&D games into potential writer’s rooms?

The players of Critical Role hope that’s the case.

“I learned so much about performing and telling stories from role-playing games,” says Mercer. “Many in Hollywood are starting to be like, ‘I cut my teeth playing role-playing games.’ I hope this continues to further that invitation.”

Ashley Johnson, star of TV’s Blindspot and the video game The Last of Us, is an original Critical Role cast member who reprises her role as the gnome paladin “Pike” in Vox Machina. She says that D&D already is “essentially a writer’s room.”

“It scratches an itch for anyone who’s an artist or actor or writer, because you’re workshopping in the moment,” Johnson tells Inverse. “It’s addictive because it’s exciting. It’s a great way for people to tell a story together.”

“I think it’s inevitable,” Willingham says. “There are so many games out there, so many campaigns and characters and imaginations to be prodded. It seems like it would just open up the [door to] things we’ve been enjoying for the past few years. That to us is incredibly exciting.”

Barely 10 years ago, Critical Role didn’t even have a name. They were just friends playing Dungeons & Dragons. Now, the characters these friends first scribbled on character sheets are fully-realized TV stars.

“When we created these characters, they were real cookie-cutter,” says Riegel. “We didn’t think we were going to be playing these characters for a decade. As we’ve gone through playing them in a game and writing them for a cartoon series, they feel like part of us now.”

The Legend of Vox Machina will begin streaming on Amazon Prime Video on January 28.

It’s been a long journey for Critical Role. One might call it a quest. Originating as a casual game of Dungeons & Dragons played by a tight-knit circle of cartoon and video game voice actors, Critical Role has lived up to the internet’s promise of DIY success since launched o Twitch in 2015. Seven years…

It’s been a long journey for Critical Role. One might call it a quest. Originating as a casual game of Dungeons & Dragons played by a tight-knit circle of cartoon and video game voice actors, Critical Role has lived up to the internet’s promise of DIY success since launched o Twitch in 2015. Seven years…