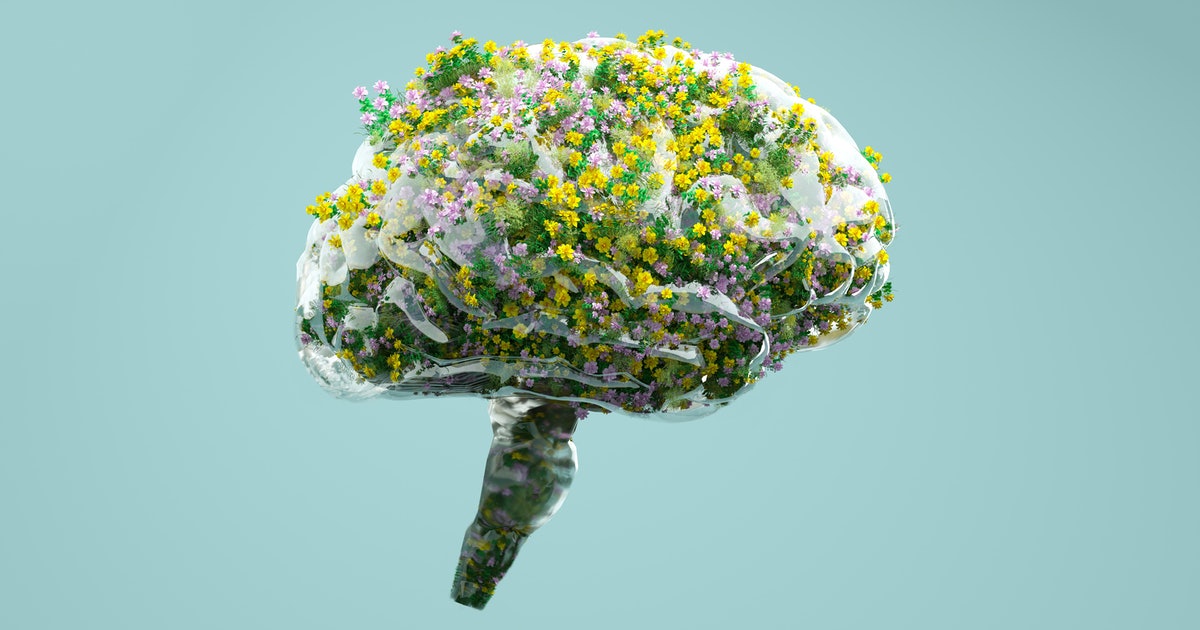 Getting some fresh air can rejuvenate a flagging brain and offer a much-needed energy boost. But the air we breathe can have hidden side effects long after an afternoon spent in the great outdoors. According to a new study, better air quality might even lower some people’s risk of a deadly brain condition.

Multiple studies link poor air quality to shorter life expectancy, risk of respiratory problems, and developing the brain condition dementia later in life. On the flip side, the connection between improved air quality and dementia is not so established. In a recent study published in the journal Proceedings of the National Academy of Science, researchers found that older women who lived in areas with good air quality had a lower risk of dementia compared to those who lived in more polluted spots.

Before you make for the hills, living with improved air quality doesn’t mean you need to live in a remote paradise sequestered from all particulate matter. Taking small, manageable steps — including one action many of us are already doing on a daily basis — can lower your exposure to polluted air and may safeguard your brain’s health over the long term.

WHAT THE STUDY FOUND — What most surprised epidemiologist Diana Younan, one of the study’s authors, was that the connection between better air quality and risk of dementia affected older women across the board. (Younan was a senior research associate at USC during the study and is now an epidemiologist at Amgen doing work unrelated to the study.)

Regardless of age, education level, residency, or even whether they had cardiovascular diseases, older women who lived in places with improved air quality, compared to those in more polluted spots, had an overall lower risk of dementia. Women, in particular, appear to be disproportionately affected by brain conditions like Alzheimer’s, which is the most common cause of dementia.

WHY IT’S A HACK — A slew of genetic and environmental factors may predispose someone to dementia. Tried-and-true tips, like eating a balanced diet and getting daily exercise, can help lower risk — but only so much. Limiting exposure to air pollution may be another good practice to add to the list.

Younan says even having some awareness of your air quality is a good place to start, so checking the air quality index in your region along with the daily weather is a good routine to get into now. From there, she recommends that when you drive on traffic-heavy stretches, for example, you keep your windows up and vents closed so you’re not inhaling car fumes.

If you can afford one, an air purifier in your home can help, too, she says.

Further, one particular practice many people all over the world have taken up of late can also help prevent exposure to air pollution — it might be strapped to your face right now, in fact.

“The thing with the pandemic is the masks actually reduce your exposure, which is a really nice result,” Younan tells Inverse.

“If people feel comfortable wearing their masks, even after the pandemic, that would be great too,” she adds.

Other studies show face masks of various materials do a good job of filtering out fine particulate matter, protecting our fragile respiratory systems from these antagonists.

One study, for example, looked at the effectiveness of face masks against wildfire smoke, finding that N95s offer the highest degree of protection against pollutants of all sizes. Still, cotton, synthetic and surgical masks offer some protection against particulate matter, too.

Individual efforts can only go so far, Younan cautions. Between 2016 to 2018, when the Trump administration was in power, she says, the concentration of fine particulate matter in the air increased by 6 percent. Government regulation is also needed to combat air pollution as a whole.

“The government can regulate only outdoor air pollution levels at the national level,” she says. In turn, poor air quality disproportionately affects people of color and people in lower-income brackets. Yet the individual’s effort to limit exposure to air pollution can still go some way, it seems.

SCIENCE IN ACTION — Younan and her team analyzed data on 2,239 women aged 74 to 92, collected between 2008 and 2012. The information included the women’s ages, where they lived, their socioeconomic standing, and any medical conditions.

HOW THIS AFFECTS LONGEVITY — In a future study, Younan’s team wants to follow this cohort of women to see if improved air quality can help preserve brain structure in older people for longer periods of time. Specifically, they’ll continue to examine correlations between air quality, brain structure, and markers of aging in the brain.

It’s also not clear yet whether this hack works preventively — that is, if you’re in your 20s or 30s now, it’s not certain how limiting your exposure to air pollution may limit your risk of developing dementia later in life.

But we know enough about how pollution affects human health to say it is probably a good idea to practice clean air habits, regardless of the lack of certainty on this particular point.

Getting some fresh air can rejuvenate a flagging brain and offer a much-needed energy boost. But the air we breathe can have hidden side effects long after an afternoon spent in the great outdoors. According to a new study, better air quality might even lower some people’s risk of a deadly brain condition. Multiple studies…

Getting some fresh air can rejuvenate a flagging brain and offer a much-needed energy boost. But the air we breathe can have hidden side effects long after an afternoon spent in the great outdoors. According to a new study, better air quality might even lower some people’s risk of a deadly brain condition. Multiple studies…