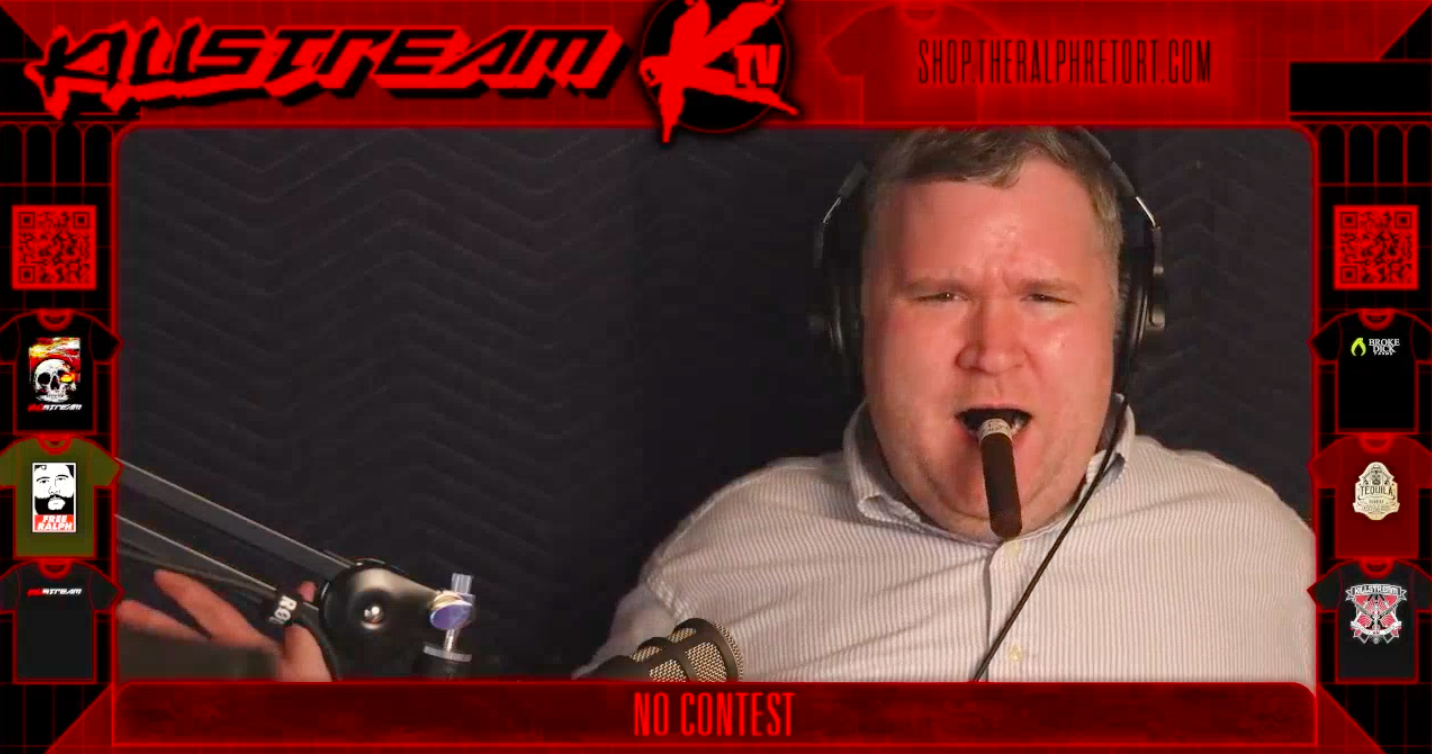 Court records from the Jan. 5 plea that were provided to Right Wing Watch show that Ralph pleaded “nolo contendere,” thus accepting conviction without admitting guilt. Presiding over the case, Judge Brice Edward Lambert sentenced Ralph to 12 months and suspended the sentence, meaning Ralph will not go to jail so long as he maintains “good behavior.”

Ralph hosts “Killstream,” a podcast that has welcomed a host of extremists, from failed neo-Nazi ​congressional candidate Patrick Little to white supremacist Lana Lokteff. He was a leader in the misogynist 2014 Gamergate campaign, which harassed and doxxed female developers. More recently, he’s defended white nationalist Nick Fuentes and invited white supremacist Richard Spencer on to his show.

Ralph was supposed to spend the two days prior to his plea hosting a 24-hour “Free Ralph Festival” featuring far-right internet figures, but the fundraiser for his legal fees was stymied in part by a snowstorm. The promotional image for the event, which Ralph shared on Twitter, featured a debate between Styx Hexenhammer, née Tarl Warwick, who regularly espouses nationalistic views to his nearly 500,000 subscribers on YouTube, and Paul Ray Ramsey, a misogynist white nationalist. Others set to appear in support of Ralph included British fascist Mark Collett and Adam Green, founder of a conspiracist website known for peddling antisemitic conspiracy theories.

Over the years, Ralph’s podcast and internet persona have showcased his blend of extremist views and abusive behavior, most notably on Aug. 11, 2020.

In the early hours of that day, while Vickers, then his girlfriend, was in the hospital, Ralph released a video of the two of them having sex on another individual’s livestream. He told Vickers that he had been hacked.

Ralph was arrested for sharing the video in mid-December 2020 after Vickers had left Ralph in Richmond and moved across the country. He was released on his own recognizance in lieu of bail the same day.

In February 2021, the prosecution tabled its case against Ralph via “nolle prosequi.” While Ralph celebrated the prosecution’s decision and falsely claimed he was “exonerated,” Assistant Commonwealth’s Attorney Kelli Burnett told Right Wing Watch at the time that “nolle prosequi” “is not the same thing as not guilty.”

While “nolle prosequi” cases are rarely revisited, the prosecution reinstated its case against Ralph in August, following Vickers’ request to pursue the case again. By that time, Vickers had been granted a domestic violence temporary restraining order against Ralph for her son and herself, a restraining order that Ralph has been charged with violating twice, according to court documents.

The 12-month suspended sentence handed down to Ralph by Judge Lambert means Ralph will not serve his 12 months in jail as long as he maintains “good behavior,” including “keeping the peace, obeying the order and paying fines and costs.” As such, Ralph will essentially be on unsupervised probation for the next year and could potentially head to jail for up to a year for any infraction. The conviction is not his first; back in 2018, Ralph spent eight months in jail for resisting arrest and attacking a police officer who, Ralph has seemed keen to note, is Latino.

Ralph left the courthouse on Jan. 5 declaring, at least publicly, victory. Recording an unsteady video from the car with his current pregnant girlfriend, Ralph celebrated, screaming and singing along to Drake’s “God’s Plan.” Twenty minutes later, he posted to Twitter a photo of himself at Richmond’s Jefferson Hotel with his girlfriend, flashing the OK hand symbol, which has been appropriated by some extremists as a sign for white power, captioning the photo, “It’s a 5-star kinda day!”

“I also have no probation or anyone to report to. And I didn’t plea guilty to anything,” Ralph tweeted shortly thereafter, conveniently focusing on his plea rather than his conviction.

Right Wing Watch reached out to Ralph via Twitter Sunday for comment. We will update this story should he respond.

For Vickers, who now lives in California, the conviction brings relief. The case is over, and she won’t have to come back to Virginia to testify. “All I really wanted was the conviction,” she said. She sat in the courtroom as the court found him guilty and began sentencing.

“He could say I was a thot, he could say I was a whore, but he couldn’t even look me in the eyes after the judge had said he was guilty of what he did to me, after so many months of pleading he was innocent and that he wasn’t going to face anything and that he was the one who won in the end,” Vickers said. “I came all the way out there to make sure that some sort of justice was found.”

The Jan. 5 conviction is not the end of Ralph’s legal troubles. Ralph is set to be arraigned on Jan. 24 on two misdemeanors for violating Vickers’ restraining order against him.