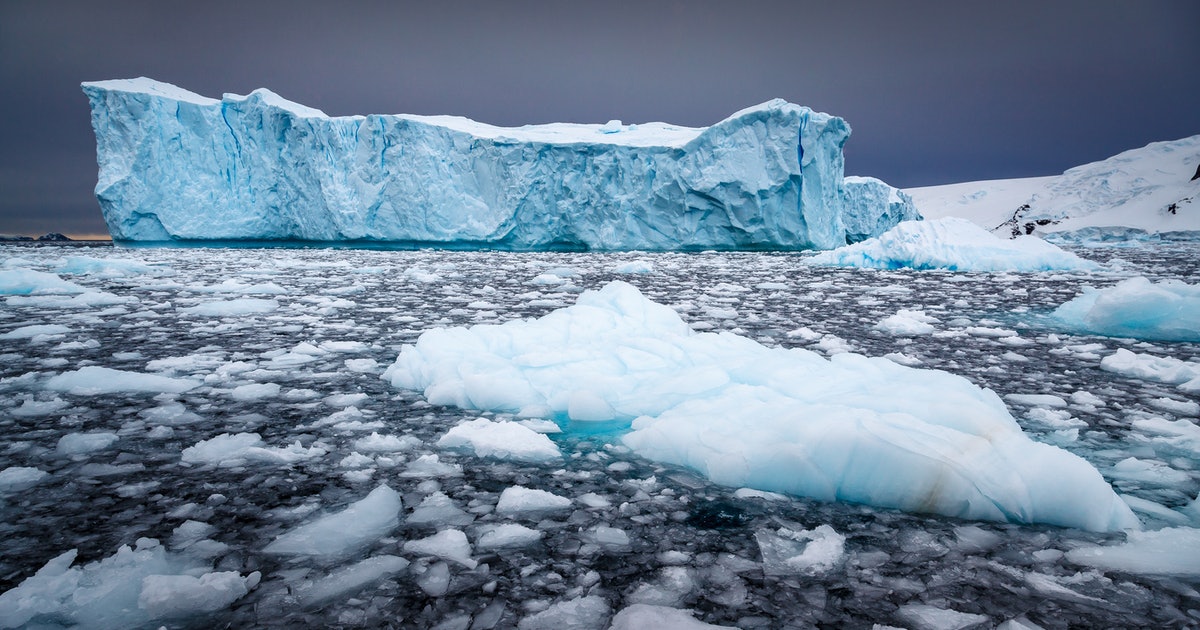 In 2004, Hollywood made paleoclimatology — the study of Earth’s ancient climate — pop-culture famous with scientist Jack Hall, who analyzes the Antarctic past only to discover an imminent Ice Age in The Day After Tomorrow. But this kind of work isn’t a Hollywood invention. Paleoclimatology can help us understand the consequences of present and future climate change. New research on Greenland’s ice sheet shows just how far into the future we can peer — and it isn’t a rosy picture.

A recent study published in the journal PLOS ONE simulated changes to the Greenland ice sheet — an immense body of ice spanning 1.63 million kilometers — between the last interglacial period 125,000 years ago and the year 2100.

The research reveals for the first time the extent of the delayed response that could come if the Greenland ice sheet melts due to shifting temperatures, posing striking implications for the effect of present climate change on melting Arctic ice.

“The evolution of the ice sheet in the past tells us that the response of ice volume to climate change is delayed by several millennia,” Hu Yang, a co-author on the study and a researcher at the Alfred Wegener Institute Helmholtz Center for Polar and Marine Research, tells Inverse.

What’s new — The scientists identified three key findings from their simulations, which modeled the Greenland ice sheet over time.

In other words, there was a lag in the effect of global warming on the ice sheet’s volume.

All of this means we won’t necessarily see Greenland’s ice sheet melt in real-time as global temperatures dangerously rise. Rather, we might have to wait millennia to see the full effects of climate change on the ice sheet.

“The results show that [Greenland ice sheet] delayed the climate change in the past, and will delay human-induced climate change as well,” Yang says.

The study also reveals how past climate change — paleoclimate — has lingering effects on the present-day melting of the Greenland ice sheet.

“Its evolution is not only controlled by present climate changes but also influenced by past climate,” he adds.

How they made the discovery — Using various earth system and ice sheet models, including one created by the research team’s Alfred Wegener Institute, the researchers simulate changes to the volume of the Greenland ice sheet between 125,000 years ago and the year 2100.

“The current study qualitatively gives a picture of how ice sheets evolve in the past and will possibly evolve in the future,” Yang says.

Why it matters — Earth’s past informs the present, and there is no better evidence of that truism than the researchers’ chilling new findings on this massive Arctic ice sheet.

Scientists have already established the link between melting ice in both Greenland and the Arctic circle and global warming. We’re already seeing the effects of such ice melt as rising sea levels pose an imminent threat to coastal cities.

“Within this century, melting of the Greenland ice sheet could, in the worst case of warming, possibly increase the sea level by tens of centimeters,” Yang says.

But according to this new study, we might not see the worst effects of ice melt in our lifetime, leading us to potentially underestimate the devastating effects of climate change on both this monumental ice sheet and sea-level rise.

“More significant sea-level rise from melting could be irreversible and last for several millennia, even if we can stop or reverse the warming,” Yang grimly concludes.

What’s next — As with any significant initial finding, there are some caveats that future work will have to address.

The researchers acknowledge their model underestimates warming temperatures by 1 degrees Celsius, would could, in turn, underestimate the impacts of the climate crisis on the changing Greenland ice sheet.

“The estimated amplitude of ice mass changes has large uncertainty,” Yang explains. “In the future, we would use better models and combine [on-ground] observations to reduce the uncertainty.”

Nonetheless, ice sheet simulations like this one will continue to be a crucial method for accurately predicting the long-term effects of global warming on the sea-level rise from the Greenland ice sheet.

If we want to truly understand the impact of the climate crisis on ice melt, we need to shift our timeline of analysis from centuries to millennia, the researchers argue.

“The most worrying melting of [the ice sheet] will not occur within decades, or centuries — it could last for [a] thousand years,” Yang says.

Abstract: Using transient climate forcing based on simulations from the Alfred Wegener Institute Earth System Model (AWI-ESM), we simulate the evolution of the Greenland Ice Sheet (GrIS) from the last interglacial (125 ka, kiloyear before present) to 2100 AD with the Parallel Ice Sheet Model (PISM). The impact of paleoclimate, especially the Holocene climate, on the present and future evolution of the GrIS is explored. Our simulations of the past show close agreement with reconstructions with respect to the recent timing of the peaks in the ice volume and the climate of Greenland. The maximum and minimum ice volume at around 18–17 ka and 6–5 ka lag the respective extremes in climate by several thousand years, implying that the ice volume response of the GrIS strongly lags climate change. Given that Greenland’s climate was getting colder from the Holocene Thermal Maximum (i.e., 8 ka) to the Pre-Industrial era, our simulation implies that the GrIS experienced a background growth from the mid-Holocene to the industrial era. Due to this background trend, the GrIS still gains mass until the second half of the 20th century, even though anthropogenic warming begins around 1850 AD. This is also in agreement with observational evidence showing mass loss of the GrIS does not begin earlier than the late 20th century. Our results highlight that the present evolution of the GrIS is not only controlled by the current climate change, but also affected by paleoclimate, especially the relatively warm Holocene climate. We propose that the GrIS was not in equilibrium throughout the entire Holocene and that the slow response to Holocene climate needs to be represented in ice sheet simulations in order to predict ice mass loss, and therefore sea level rise, accurately.

In 2004, Hollywood made paleoclimatology — the study of Earth’s ancient climate — pop-culture famous with scientist Jack Hall, who analyzes the Antarctic past only to discover an imminent Ice Age in The Day After Tomorrow. But this kind of work isn’t a Hollywood invention. Paleoclimatology can help us understand the consequences of present and…

In 2004, Hollywood made paleoclimatology — the study of Earth’s ancient climate — pop-culture famous with scientist Jack Hall, who analyzes the Antarctic past only to discover an imminent Ice Age in The Day After Tomorrow. But this kind of work isn’t a Hollywood invention. Paleoclimatology can help us understand the consequences of present and…

Webb telescope in position beyond the moon, will begin transmitting images this summer