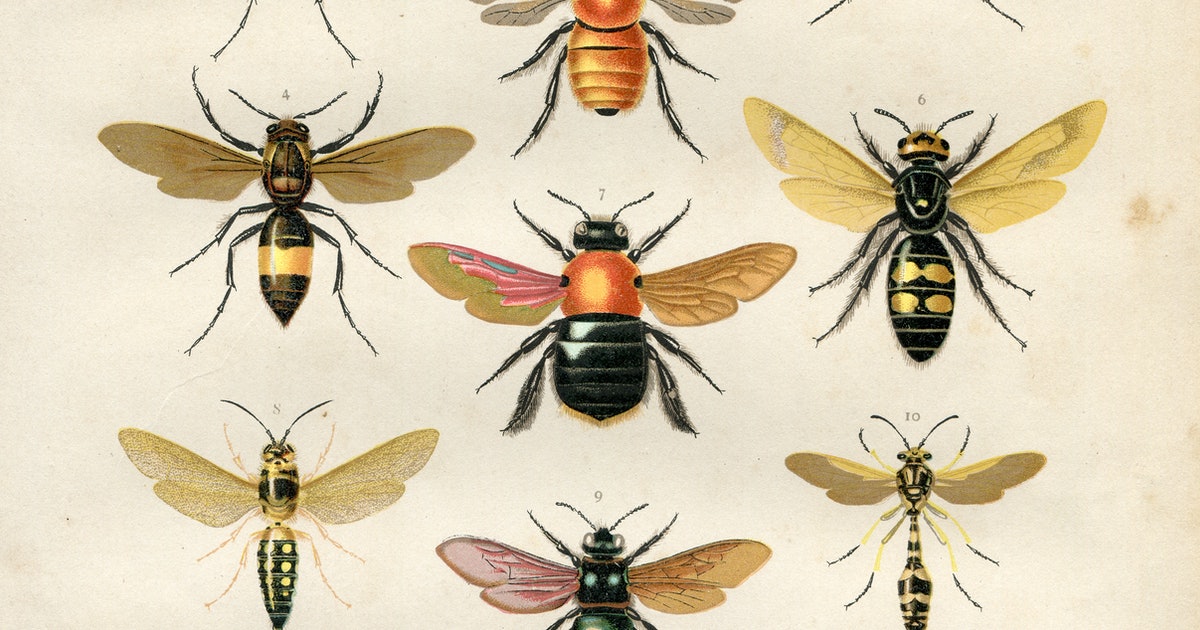 Why do queen bees live so long? The answer reveals a truth about lifespans

Small animals don’t usually grow very old. Since they’re always at risk of becoming another critter’s quick snack, the best way to ensure that their genes will make it into the next generation is having a bunch of young as soon as possible. This is certainly true for insects, which, with some famous exceptions like cicadas, often have a life expectancy best expressed in days, weeks, or months.

In contrast, animals like elephants and humans raise only a few offspring and have bodies that survive for decades: If your size or lifestyle offers protection, you can afford to take your time.

This contrasting pattern is so common it suggests that because reproduction and maintenance are both costly, animals simply can’t maximize both. So the more energy and nutrients an individual invests in producing offspring, the faster it will probably age, and the shorter its life will be.

Yet in social insects such as termites, ants, bees, and wasps, the queens appear to have found a way to have their cake and eat it.

In many colonies, queens that lay hundreds of eggs every day can stay alive for years or even decades, while workers that never lay a single egg in their life will stop living after a few months. Apparently, these species have found a route that allows at least some of their kind to escape the constraints that force other animals to choose between longevity and lots of offspring.

A few years ago, an international team of biologists set out to study how the creatures pull it off — and though there’s a lot still to learn, the first results of the project are starting to offer up clues.

Differences in the genetic code can’t explain the unusual longevity of queens compared to workers. All workers are daughters of the queen and, in many cases, any of those daughters could have grown up to become queens themselves had they received the appropriate royal treatment when they were larvae.

This close genetic relatedness is why it makes sense that workers dedicate their lives to caring for the queen and her offspring, maintaining and protecting the colony’s nest, and foraging for food. By keeping the queen safe and providing her with the plentiful resources she needs to produce eggs for years on end, each worker helps in the spread of its own genes.

And since the queen is the only one in a colony laying eggs, colonies with long-lived queens are likely to grow larger and send forth more young queens to start new nests, as well as males to fertilize them.

In other words, many scientists reason, there must have been strong selective pressure to keep the queen alive for as long as possible by evolving delayed aging.

But how might that be achieved? Other insects offer some possible leads.

Some species, it turns out, can tilt their investment in body maintenance and reproduction one way or the other, depending on circumstances. Studies have found, for example, that when the fruit fly Drosophila melanogaster is fed a restricted diet, it can significantly extend its lifespan, but will produce fewer eggs.

Researchers have also shown that an entire network of genes involved in sensing the presence of nutrients such as amino acids and carbohydrates is responsible for this effect.

When food is scarce, this network will transmit signals that delay reproduction while increasing the animal’s longevity and investment in processes such as tissue repair — perhaps enabling the individual to wait for better days to come. Some scientists have also shown that the lifespans of flies can be prolonged when some of the key genes involved in this nutrient-sensing network are inactivated.

This fruit fly work suggests that the rate of aging is not set in stone. Instead, it can be adapted to some extent as part of an evolved strategy to invest resources in the best possible way — on reproduction when they are plentiful, and on maintenance when they’re not.

“When we talk about the mechanisms of aging, we usually only talk about the way things deteriorate,” says evolutionary biologist Thomas Flatt of the University of Fribourg in Switzerland, who has worked mainly with fruit flies and is co-author of an article about insect aging in the Annual Review of Entomology. “What we often seem to forget about is the flip side of aging: the key mechanisms that slow down the deterioration.”

Getting workers to lay eggs

Might social insects be using some of the same genes that Drosophila uses to tweak the rate of aging — in their case, to delay aging in queens?

Studying aging in queens is difficult, because there is usually only one queen in every colony, and it takes many years, often decades, for them to age. To get around that, researchers can remove the queen, which often triggers some of the workers to start producing eggs of their own.

This certainly doesn’t fully turn workers into queens, but experiments have shown that it does result in health benefits similar to those enjoyed by the long-lived queens. In a study published in 2021, for example, researchers at the University of North Carolina Greensboro found that worker bees that reactivated their ovaries were more resilient against a virus that can cause lethal infections.

Worker bees with active ovaries were also more likely to survive an injection with paraquat, a herbicide that causes oxidative damage to proteins, DNA, and other components of cells. Damage of this kind is also caused more slowly by the waste products of normal metabolism and is widely thought to be an important contributor to aging.

Scientists at two German universities saw something similar in the workers of three ant species. In two of the species, resistance to oxidative stress went up when the queen was removed, almost doubling the workers’ chance of surviving treatment with paraquat.

In one of those species, the workers activated their ovaries in response. In the other, they did not — but in this case, a longer life might buy workers time to raise a new queen, reasons Romain Libbrecht, an evolutionary biologist at the Johannes Gutenberg University of Mainz, a coauthor of the study.

Clues about the antiaging tricks of social insects may also be gleaned from various termite species, creatures that are essentially social cockroaches, says evolutionary biologist Judith Korb of the University of Freiburg in Germany.

One of the termite species she studies, the dry-wood termite Cryptotermes Secundus, never leaves the nest — it just holes up in dead trees, feasting on the wood from within. The workers don’t have to work very hard, and they maintain their ability to reproduce, always ready to move out to try to start their own colony elsewhere when food runs out.

Korb and colleagues found that when the workers are younger and not reproducing, genes involved in combating oxidative damage are more active. But when they get older and become reproductively mature, the activity of such genes goes down: The focus is now largely on reproduction.

In this species, workers can live for several years, while kings and queens may last for a decade or more. But in most other termite species, the social structure is more complicated, and in some species, workers are completely sterile and will never have a chance to lay eggs of their own. This is where really large lifespan differences between worker and queen are seen.

“These workers will often live only a few months, while their kings and queens are very long-lived,” says Korb. In Macrotermes bellicosus, the largest known termite species, queens can live for more than 20 years.

Only when colony members lose all hope of ever having their own offspring, it seems, does “Long live the queen” truly become the colony’s creed.

Every insect does it differently

To try to learn more about what enables the long life of queens in social insects, a team of researchers including Korb, Libbrecht, and Flatt decided to compare the activity levels of various genes in termites, ants, and bees — two species of each. In all, they studied 157 individuals, including insects of different ages as well as different castes.

Unsurprisingly, the team found that genes that are known to play crucial roles in reproduction showed different activity patterns in queens than they did in sterile workers. Some of these genes, which carry instructions for making proteins called vitellogenins, were active in queens of all species.

If vitellogenins do the same thing in other social insects, they might contribute to the resistance of queens to oxidation.

The team also found differences in the activity of genes involved in the prevention of oxidative damage or the repair of such damage, between queens and egg-laying workers compared with sterile workers.

But the precise genes involved differed strongly from one species to another. Apparently, each species has evolved its own way of keeping its queens alive longer, says Korb, who led the study.

The scientists also checked the nutrient-sensing gene network that can increase lifespan when manipulated in fruit flies and didn’t find obvious patterns across ages and castes. But they did find something else: differences in the activity of genes involved in the production and effects of a substance called juvenile hormone, a molecule involved in reorganizing the bodies of most maturing insects.

Perhaps the same hormone that allows insects to become full-grown adults can also help them to delay aging, the scientists speculate. But again, precisely how these juvenile hormone-related genes were tuned up or down varied from species to species.

To Korb, this somewhat bewildering variety across species reveals an important lesson about the nature of aging: There isn’t one button or switch that allows a species to invest more, or less, in maintenance or reproduction, but a whole dashboard of them that is set up slightly differently in each species.

“The tradeoff between lifespan and reproduction is clearly not hardwired — it is much more flexible than people thought,” she says. “Species have evolved different solutions,” depending on their own social and natural environments.

And though it is obviously useful to know a few species through and through, these findings are also a warning to not assume that one or two intensively studied creatures — like the famous fruit fly Drosophila melanogaster — can teach us everything, Flatt says. “There is tremendous diversity to be discovered out there that we don’t even know about yet.”

This article originally appeared in Knowable Magazine, an independent journalistic endeavor from Annual Reviews. Sign up for the newsletter. Read the original article here.

Small animals don’t usually grow very old. Since they’re always at risk of becoming another critter’s quick snack, the best way to ensure that their genes will make it into the next generation is having a bunch of young as soon as possible. This is certainly true for insects, which, with some famous exceptions like…

Small animals don’t usually grow very old. Since they’re always at risk of becoming another critter’s quick snack, the best way to ensure that their genes will make it into the next generation is having a bunch of young as soon as possible. This is certainly true for insects, which, with some famous exceptions like…

Where are memories stored? We may find the answer in a strange place