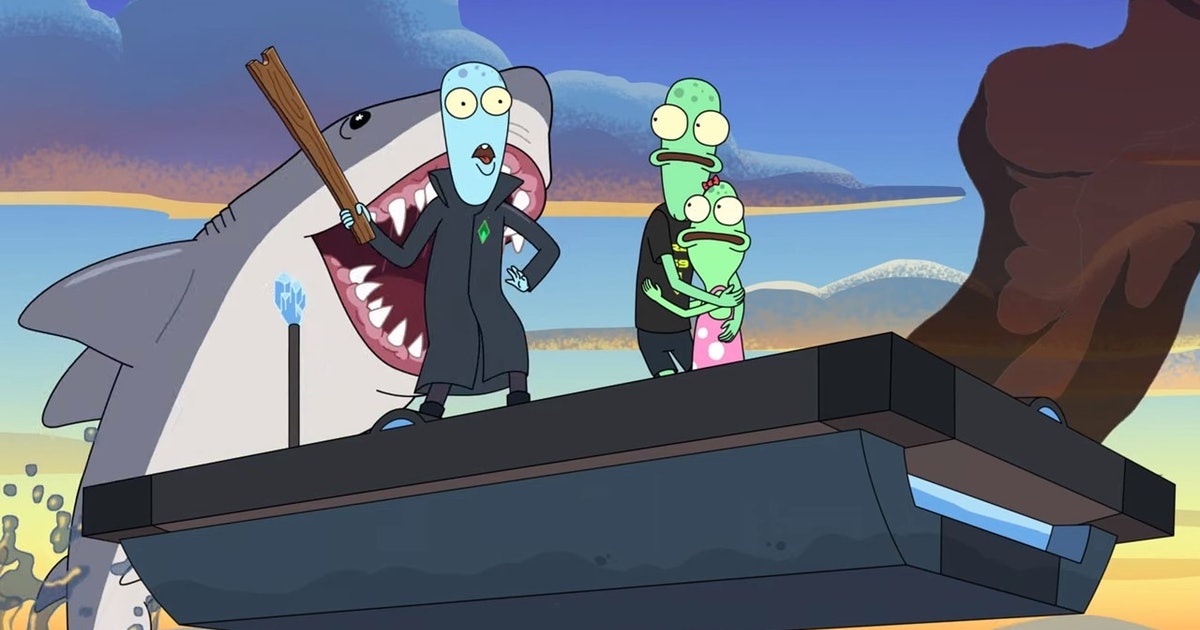 Look no further. We asked series co-creator Justin Roiland and Mike McMahan all about the sci-fi cartoon’s future. So here’s everything you need to know about Solar Opposites Season 3.

Is Solar Opposites renewed for Season 3?

Yes! Hulu originally picked up the show for two seasons and renewed for a third shortly after its 2020 premiere. Additionally, in June 2021, a fourth season was picked up for the series.

When is the Solar Opposites Season 3 release date?

We don’t have a specific release date, but we can make an educated guess. The series premiered in May 2020 and returned for Season 2 roughly ten months later in March 2021. Unfortunately, that timeline does not hold up for Season 3, as we have received no news as of January 2022.

Is there a trailer for Solar Opposites Season 3?

Not yet. The Season 2 trailer dropped about a month before the release, so expect a similar schedule for Season 3.

How many episodes will Solar Opposites Season 3 have?

We don’t know much, and it’s hard to predict the plot of a show with very little connecting each episode beyond the basic premise. However, McMahan did give Inverse a preview of where Solar Opposites Season 3 is heading when it comes to the show’s popular subplot set within a wall-sized ant farm filled with miniaturized humans (aka, the Wall).

Here’s what you can expect from the Wall in Season 3, according to Mike McMahan:

“In retrospect, Season 2 feels like a lot of groundwork for where we go in Season 3. Season 3 is almost like Season 1 on whatever drug would plus it. It comes faster. We hit bigger notes with figuring out how to pay off bills that we created from the first season. It comes to a head.

“I’ll tell you we come to a head with Tim and Sherry. Everything we’re promising at the end of Season 2 you get in a way you don’t expect in a really satisfying way in Season 3. It takes you into stories you didn’t see coming. The Wall continues to be extremely important to us.”

Is there really a Solar Opposites Christmas episode special?

At the very end of Solar Opposites Season 2, we see what appears to be a teaser for an upcoming Christmas special. Considering how often the series delves into sarcasm and meta-comedy, you might assume this is just another joke. It’s not.

The Christmas special, titled “A Very Solar Holiday Opposites Special,” was released on November 22, 2021. The release came as a surprise to some, who believed it was a joke. But McMahan and Roiland both have high praise for the special.

“It’s our best episode of the season and we have it done,” McMahan says. “We’re gonna hold on to it until fucking Christmas.”

“It’s so funny dude,” Roiland adds. “They made the mistake of giving insane people the reigns for a Christmas special. It’s very funny. It’s my favorite episode from the season. It really is.”

“I got audio from the recording booth of Justin laughing so hard,” McMahan says. “He couldn’t get through one line. And it’s just the setup. Korvo’s explaining the setup of the episode. And it’s making Justin laugh so hard that he literally can’t finish the line. It’s very funny.”

Solar Opposites Season 2 arrived on Hulu last year. If you’re a fan of the show, you’ve already binged through all eight episodes, and you’re probably wondering about the Solar Opposites Season 3 release date, where the plot might go, and whether we actually got a Christmas special. Look no further. We asked series co-creator…

Solar Opposites Season 2 arrived on Hulu last year. If you’re a fan of the show, you’ve already binged through all eight episodes, and you’re probably wondering about the Solar Opposites Season 3 release date, where the plot might go, and whether we actually got a Christmas special. Look no further. We asked series co-creator…

‘No Time to Die’ release date, cast, trailer, theme song, and more about the next James Bond movie