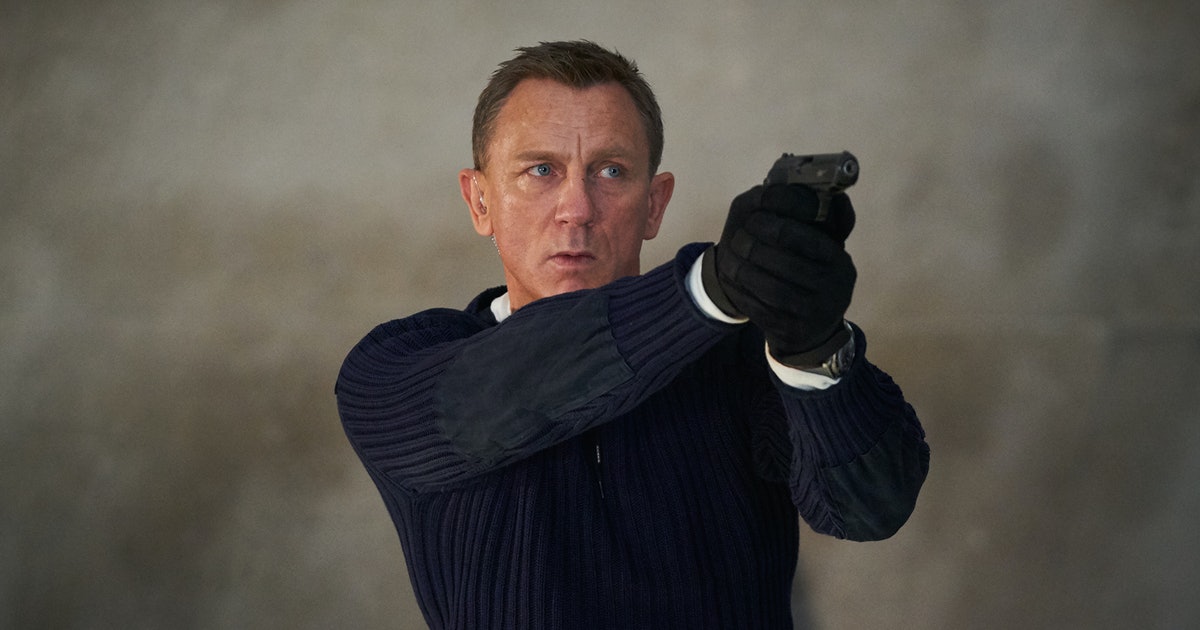 ‘No Time to Die’ release date, cast, trailer, theme song, and more about the next James Bond movie

This article about the film No Time to Die was originally published on September 3, 2020 and updated on January 23, 2022 following the movie’s release. Read on for the original article, with some new changes to reflect the latest updates on this topic.

When Daniel Craig first suited up as James Bond in 2006’s Casino Royale, the traditional image of Ian Fleming’s famous super-spy went out the window.

Whereas old James Bonds of yore were charming and dashing, Craig’s smoldering intensity grounded the character for the 21st century. And he didn’t care how you prepared his martini.

Nearly 15 years later, Craig is finally hanging up his tux and Walther PPK. And in No Time to Die, he’s doing it just like his predecessors, in a movie that looks and feels indisputably like vintage James Bond. You really can’t mistake that Monty Norman theme for anything else.

Here’s everything James Bond fans need to know about No Time to Die — from its release date and cast all the way to its theme song.

When was the No Time to Die release date?

The No Time to Die release date has shifted around quite a bit over the past year. The highly-anticipated James Bond film came close to hitting theaters in April 2020 but was delayed to November of that year because of the Covid-19 pandemic. The film was subsequently pushed from its November release date to an April 2021 release date… before that date was eventually abandoned as well.

Is there a No Time to Die trailer?

There is! The last trailer for No Time to Die was released back in September 2020, months after the movie’s original release in April. The trailer highlights all the coolest parts of the movie — explosions, stunts, cool new tech — all while summarizing the plot, which centers on a new villain Safin (played by a scarred Rami Malek), who threatens the world. The only real “twist,” if you can call it that, is an emphasis on Lashana Lynch as a new double-O agent who is primed to replace James Bond.

“I met your new double-O,” Bond says in the trailer. “She’s a disarming young woman.”

But what’s different about the No Time to Die trailer is how ineffably 007 it feels. As if riffing on all the classic movies and the audience’s perception of what makes up a James Bond movie, No Time to Die proudly booms the classic Monty Norman theme in a way no Daniel Craig movie has done before.

Despite the grittier ‘tude of Daniel Craig on the surface, he was no stick in the mud. His James Bond knew how to have fun. (Only he would ever have a drinking game with a scorpion.) Yet No Time to Die sporting a James Bond making dry quips (“You could imagine why I’ve come back to play”) and clinking glasses with Ana de Armas feels so very Sean Connery and Pierce Brosnan. It’s really something else how much of a throwback No Time to Die appears. When de Armas casually unfurls a wrinkle-free tuxedo, it just feels right.

Who is in the No Time to Die cast?

Like most Daniel Craig-led Bond films, No Time to Die boasts an impressive cast of familiar faces. Predictably, there are several returning players, including Craig, Ralph Fiennes, Ben Whishaw, Naomie Harris, Christoph Waltz, and Léa Seydoux, all of whom are reprising their roles from previous Bond films.

Who is the No Time to Die director?

No Time to Die was initially supposed to be directed by legendary British filmmaker Danny Boyle, but he left the film over creative differences. He was replaced by True Detective and Maniac filmmaker Cary Joji Fukunaga, who promised to bring his modern and stylish visual approach to the film.

What is the plot of No Time to Die?

No Time to Die picks up five years after the events of Spectre, with Daniel Craig’s James Bond living in retirement in Jamaica. The film follows him as he is pulled back into active service by an old friend (Jeffrey Wright’s Felix Leiter) and sent on a mission to rescue a kidnapped scientist, only to find himself coming into conflict with a dangerous and mysterious new adversary.

The film wraps up many of the themes and plot lines that have been present throughout the Daniel Craig era of the franchise, including his relationships with Léa Seydoux’s Madeleine Swann, MI6, and the espionage world as a whole. As the final James Bond movie starring Daniel Craig, it’s also necessary that the franchise marks the film as a sort of “end of an era,” because it is.

Is there a No Time to Die theme song?

Yes! The official No Time to Die theme song — sung by Billie Eilish — was released way back in February 2020, when the film was still set to be released in April of that year. Obviously, the film’s April release did not come to pass, but the song has remained available in the months since its initial release. You can check out the official music video for “No Time to Die” below.

What did critics have to say about No Time to Die?

No Time to Die has an 83% rating on Rotten Tomatoes and a score of 68 on Metacritic. Critics had high praise for the thrilling action, use of both comedy and drama, and an ending that served as a moving sendoff for Daniel Craig as James Bond.

This article about the film No Time to Die was originally published on September 3, 2020 and updated on January 23, 2022 following the movie’s release. Read on for the original article, with some new changes to reflect the latest updates on this topic. When Daniel Craig first suited up as James Bond in 2006’s…

This article about the film No Time to Die was originally published on September 3, 2020 and updated on January 23, 2022 following the movie’s release. Read on for the original article, with some new changes to reflect the latest updates on this topic. When Daniel Craig first suited up as James Bond in 2006’s…