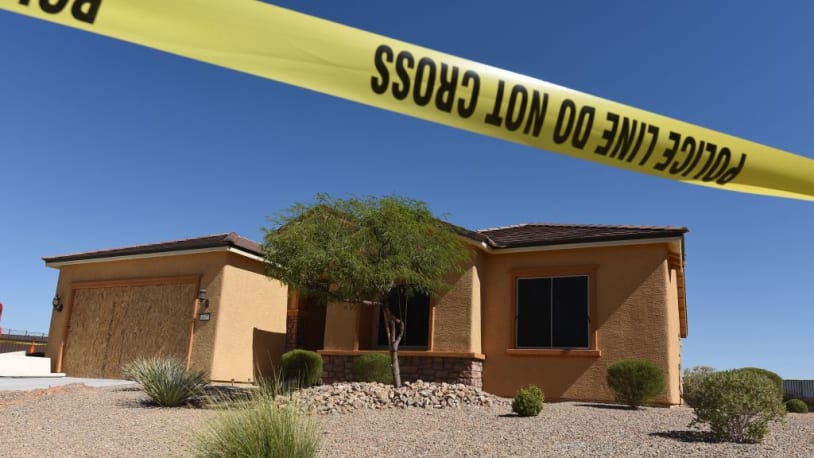 Is there any way to stop America’s mass shootings?

One trait connects many American men who go on shooting sprees: a history of hating women. Here’s everything you need to know:

The motivations of these killers are often confused, complex, or simply not known. But researchers have found that many mass shooters, who are almost entirely men, are linked by a common thread: a history of misogyny, violence against female partners or family members, or sharing women-hating views online. A Bloomberg analysis of 749 mass shootings from 2014 to 2019 — incidents in which four or more people were shot and which weren’t identified as gang-related, drug-related, or robberies — found that 60 percent of the attacks were either acts of domestic violence or committed by men with a record of domestic violence. Omar Mateen, who killed 49 people at an Orlando gay nightclub in 2016, beat and strangled his ex-wife during their marriage. Stephen Paddock, who killed 60 people at a country music festival in Las Vegas in 2017, was known to publicly dominate and bully his live-in girlfriend. And James Hodgkinson, who opened fire on a 2017 Republican congressional baseball practice, had been arrested a decade earlier for hitting and choking his foster daughter. “Most mass shooters have a history of domestic or family violence in their background,” said Shannon Watts, founder of Moms Demand Action for Gun Sense in America. “It’s an important red flag.”

Researchers say many mass shooters are driven by a distorted view of masculinity, believing that being a “real man” requires aggression and domination. Some feel shame over men’s diminished status in the economic and social order, which they take out on the women in their lives. “When it comes to male mass shooters,” said Hamline University criminology professor Jillian Peterson, many think that “the world owes me more than what I have.” Others are loners who have failed to establish relationships with women and seethe with rage over that rejection. Robert Aaron Long, who went on a shooting spree at Atlanta-area massage parlors last March, said he felt tortured that he had sinned by paying for sex. He decided to remove the source of temptation by attacking three parlors and killing eight people, six of them Asian women.

Do most abusers become killers?

No — but the sheer number of mass shootings committed by abusers correlates with how widespread gun-related domestic violence is in America. In an average month in the U.S., more than 50 women are fatally shot by their partners. That figure alone doesn’t reflect the full scale of the crisis. A 2018 University of Pennsylvania study found that some 4.5 million women have been threatened with a gun by an intimate partner and that nearly 1 million have been shot or shot at. “We really have to redouble our efforts in terms of preventing intimate-partner homicide,” said James Alan Fox, a criminologist at Northeastern University, “especially in terms of guns.”

Can known abusers own guns?

The Lautenberg Amendment, a 1996 amendment to an existing federal gun law, bans the possession of firearms by people convicted of certain domestic violence-related misdemeanors. Since its enactment, nearly 195,000 people have been stopped from buying guns; a 2017 study found that the amendment reduced gun murders of female intimate partners by 17 percent. But enforcement is patchy, and the law does not cover abuse by nonmarried partners without children — the “boyfriend loophole” — or alleged stalkers. There’s also little to stop abusers from buying guns from private dealers online. Jody Lee Hunt of Westover, West Virginia, was officially barred from purchasing a gun, but he bought one on Facebook and used it to kill four people before turning it on himself. One of his victims, ex-girlfriend Sharon Kay Berkshire, had filed multiple restraining orders against him.

Do authorities have the power to take away guns?

“Red flag” laws in 19 states and the District of Columbia allow courts to remove firearms from people deemed “presently dangerous.” And the 1994 Violence Against Women Act included a statute that barred anyone with a conviction or restraining order for domestic violence from owning guns. That law lapsed in 2019, and a revised version is facing opposition from some Republicans in the House and Senate as well as from the National Rifle Association, which says the tweaked legislation would close the “boyfriend loophole” in a way that is “too broad and ripe for abuse.”

Can the killings be stopped?

Experts say it will be difficult with so many firearms in circulation. There are about 120 guns for every 100 Americans — no other country has more civilian guns than people — which partly explains why the U.S.’s gun homicide rate is 25 times higher than that of other wealthy nations. For many men, gun ownership has become a way to reassert traditional masculine roles. “Being a provider is actually far more difficult than it was in my father’s generation,” said sociologist Michael Kimmel. “As the ability to be a provider has become more and more unstable, more and more threatened, men have been buying guns.” Changing how we think about masculinity, said Watts, is essential to curbing mass shootings. “It’s really toxic masculinity that’s at the root of domestic violence and mass shootings — misogyny and easy access to guns.”

One trait connects many American men who go on shooting sprees: a history of hating women. Here’s everything you need to know:  What motivates mass shooters?  The motivations of these killers are often confused, complex, or simply not known. But researchers have found that many mass shooters, who are almost entirely men, are linked by…

One trait connects many American men who go on shooting sprees: a history of hating women. Here’s everything you need to know:  What motivates mass shooters?  The motivations of these killers are often confused, complex, or simply not known. But researchers have found that many mass shooters, who are almost entirely men, are linked by…