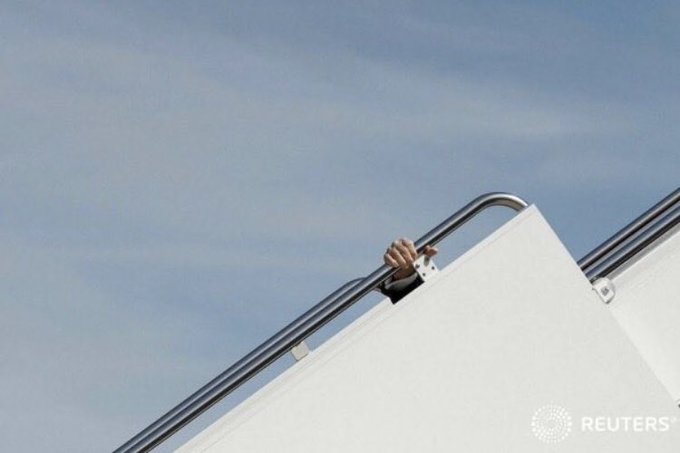 Get out the pudding cups and celebrate, all you ungrateful American plebs.

The Damnable Longest Year for Us All:

Yesterday, in his first actual presser in months AND one of a very-very few in twelve months (that were scripted), old Joe Biden basically told struggling Americans and businesses dealing with supply shortages and inflation prices that what you’re living you’re not experiencing. Let that empty gaslighting concept spewed forth in the two-hour stammering of this Trojan jackass whisperer. But he has proven and confirmed that “Progressive” really is actually code for regressive.

Thursday and during yesterday’s Potemkin village “press conference,” the shambling, shuffling, stuttering, alternately-shrieking-and-whispering, heavily-doctored demento whose name tag “Doctor” Jill had sewn on his Depends reads “Joe Biden” actually managed to deliver one stunning, crystal clear absolute emmes truth. Probably, the first true thing he uttered in 50 years in politics if not his entire damnable existence in this world.

“I didn’t overpromise, but I probably outperformed what anybody thought would happen.”

Read the whole thing. The highlighted quote confirms 100-fold what we, and Pres. Trump, said would happen under a Biden administration, and exposed his bullshit lies he ran on in 2020. And he ain’t done yet, man!

Is the mainstream media turning on Joe Biden to pave the way for Hillary?

Gallup: in one year since J6 and Biden’s inauguration, party affiliation has shifted 14 points to Republicans (from D+9 to R+5).

Which is now why they are talking about the next election potentially being illegitimate if they don’t do what the geriatric President wants. Casting the seed of doubt.

We already know it is ok when the libs doubt results of an election, but not ok for conservatives to do so. https://t.co/iGQgxefoWv

Twitchy: ‘Textbook definition of gaslighting’: Jen Psaki attempts to spin President Biden’s claim that the 2022 election ‘could easily be illegitimate’

Lets be clear: @potus was not casting doubt on the legitimacy of the 2022 election. He was making the opposite point: In 2020, a record number of voters turned out in the face of a pandemic, and election officials made sure they could vote and have those votes counted.

This is the textbook definition of gaslighting. Trying to convince people they didn’t hear or see what the president plainly said. https://t.co/0mbOMrAgcf

Twitchy: BIG LIE 2: Kamala Harris refuses to say if the 2022 elections will be legitimate or not

Tom Del Beccaro: Kamala Harris’ self-inflicted, bad first year: In her first year in office, the vice president failed in the core role of her job – to be supportive of the president, not a distraction

Twitchy: ‘Disneyland presidential animatronic failure’: Here’s President Joe Biden freezing up or buffering or something … What???

BREAKING: Democrats’ insane and unconstitutional attempt to federalize elections has been DEFEATED in the Senate.

49-51 shows the importance of preserving the 60 vote threshold. The Senate cannot become merely another House chamber for legislation. (Reasons btw to repeal 17A.)

🚨🚨🚨🚨Hillary Clinton seems to have DELETED a tweet responding to last night’s filibuster vote…. and in it she accused “forty-eight Republicans and two Democrats” of blocking the right of Black Americans to vote.

Twitchy: A Hillary Clinton tweet about yesterday’s Senate vote has been scrubbed, like with a cloth or something

Hillary Clinton is now the Democrat frontrunner for 2024

I sure as Hell would love watching those 2024 DNC presidential primary debate(s) between old Joe and Hillary trashing old Joe’s tenure in the Oval Office and his crap-soaked policy failures. OH! AND put her Benghazi FUBAR against Joe’s Afghanistan FUBAR. Yep.

Rick Moran: TSA Says It Will Accept Arrest Warrants as ID for Illegal Aliens at Airports 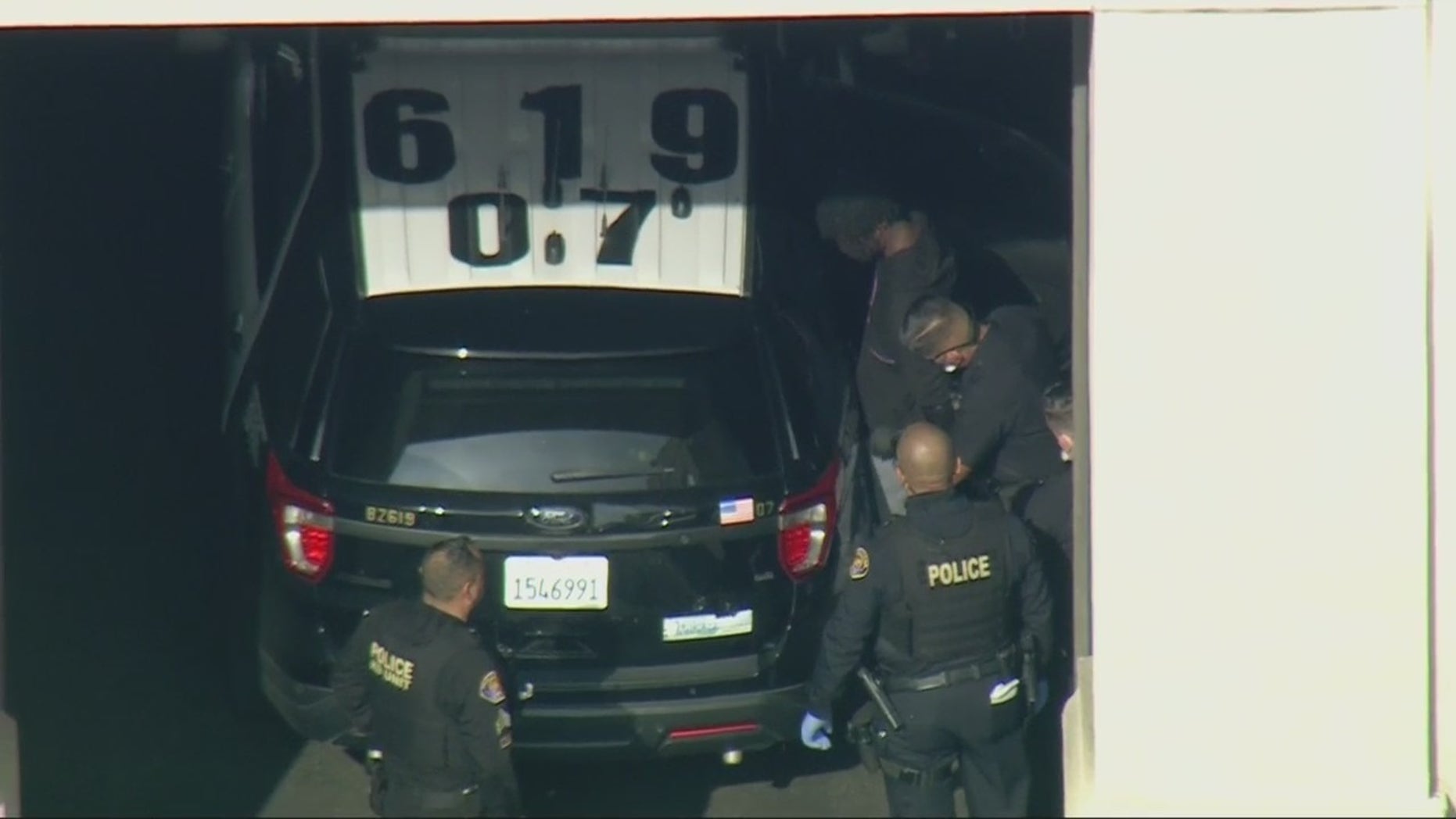 Twitchy: Our money’s on Sinema: Big (sorry, little) tough guy Robert Reich DRAGGED after calling for ACTUAL violence against Kyrsten Sinema for not voting as she was told … Reich has since deleted the asinine tweet.

Kyle Morris: Emily’s List refuses to support Sinema for reelection: The group warns Sinema may find herself ‘standing alone’ in the next election

Brandon Gillespie: Elizabeth Warren avoids saying if Joe Manchin and Kyrsten Sinema should be primaried: ‘We’ll address that’: Both moderate Democrats have repeatedly announced they would not support ending Senate filibuster

The FBI was on the scene Wednesday near the Laredo home of U.S. Rep. Henry Cuellar for what authorities described as a court-authorized ongoing investigation.

FBI spokesperson Rosanne Hughes confirmed law enforcement’s presence in the area but did not clarify what authorities were investigating.

Hughes said in a statement that the FBI was present on two streets around Cuellar’s house in Laredo “conducting court-authorized law enforcement activity.”

“The FBI cannot provide further comment on an ongoing investigation,” she said…

Cuellar is a favorite Democrat among his Texas Republican colleagues, and his moderate voting record has earned the ire of the left. He will face what is expected to be a fierce rematch in March against attorney Jessica Cisneros.

Henry Cuellar has also very vocal in his stark criticisms of Biden’s border mess and the administration’s failure to solve or even contain it during Biden’s first year. So, I imagine that’s possibly the rub against Cuellar in facing the political weaponized FBI. And this…

Sens. Kyrsten Sinema of Arizona and Joe Manchin III of West Virginia are not up for reelection this year, but their political brands are getting dragged through the mud in a Democratic primary race in South Texas.

That’s where Jessica Cisneros is warning that Rep. Henry Cuellar is cast from the same mold as two moderate senators and is working to block the far left’s big-government wish lists…

Ms. Cisneros said Mr. Cuellar “has aligned himself with the likes of Kyrsten Sinema and Joe Manchin to obstruct President Biden’s Build Back Better agenda and put corporations before the people.”…

Twitchy: Progs POUNCE after the FBI raids the home and campaign office of Texas Dem Rep. Henry Cuellar … His dem challenger is already fundraising off of it, and her party supporters are carrying on the social media trash-talking campaign part.

“Never been racially profiled” … Extremely-ironically this asinine BINGO game, and the “teachers” pushing it in front of students, does just that, and on many levels.

Luke Rosiak: Fairfax Schools Tell Children Of Military Members That They Have ‘Privilege’: ‘This lesson is an adept vehicle to push student thinking,’ assistant superintendent says

Debra Heine: Great Britain, Czech Republic, and Israel Back Away From Vaccine Passports

Joe Hoft: Kachelman: Alert to a Most Disturbing Survey of January 2022!

Mack DeGeurin @ Gizmodo: IRS Will Require Facial Recognition Scans to Access Your Taxes: Users will have to submit sensitive government documents, their social security number, credit history, and a facial scan to third-party company ID.me. … What could possibly go wrong? Hey, why not a DNA sample?

We got the worst possible news…our friend and coblogger Oregon Muse passed away yesterday afternoon (1/18/2022).

He was surrounded by his family, and the last contact I had from him he was his usual combative and optimistic self…sure that he was going to beat Covid.

Posted by Maggie on January 20, 2022 in From the editors Get out the pudding cups and celebrate, all you ungrateful American plebs. The Damnable Longest Year for Us All: Yesterday, in his first actual presser in months AND one of a very-very few in twelve months (that were scripted), old Joe Biden basically told struggling Americans and businesses dealing with…

Posted by Maggie on January 20, 2022 in From the editors Get out the pudding cups and celebrate, all you ungrateful American plebs. The Damnable Longest Year for Us All: Yesterday, in his first actual presser in months AND one of a very-very few in twelve months (that were scripted), old Joe Biden basically told struggling Americans and businesses dealing with…

Dems are failing in Washington. Maybe it’s time to concentrate on the states.