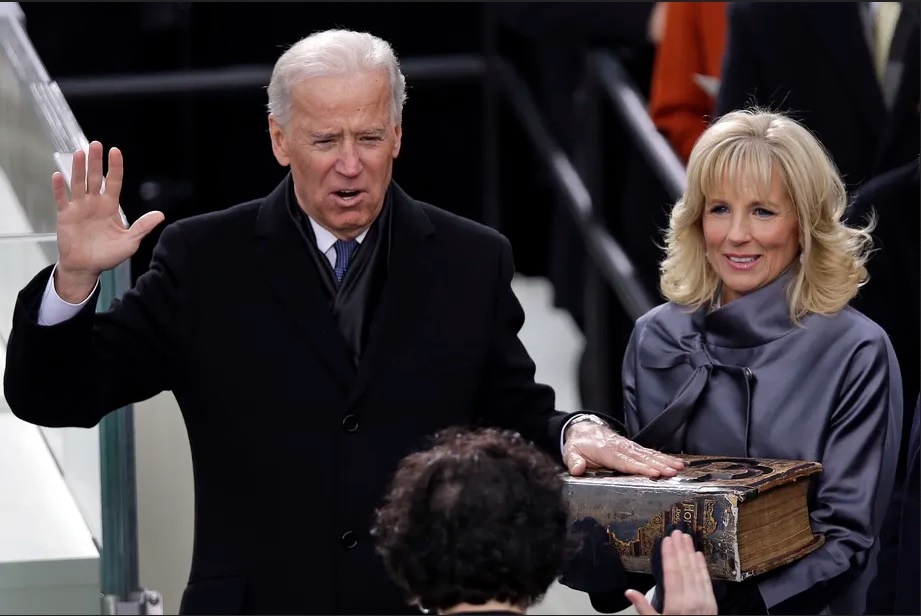 Trump Prophecies and the Big Lie: One Year In

While just about the entire right-wing movement in the United States has bought into the Big Lie that the 2020 presidential election was stolen from Donald Trump, few groups are as personally committed to promoting the false narrative as the various self-proclaimed “prophets” who emerged during Trump’s term in the White House.

From the moment Trump became the Republican nominee in 2016, religious-right activists rushed to declare that Trump had been personally chosen by God to save the country. A group of MAGA “prophets” rose up during Trump’s time in office and built up sizeable online and real world followings by issuing a steady stream of prophetic declarations guaranteeing that Trump would be reelected to a second term.

Having allegedly heard directly from God that Trump’s second term was assured, these “prophets” were predictably dismayed when Joe Biden won the election and was inaugurated as president on Jan. 20, 2021. Not only had their preferred political candidate lost, but their standing as “prophets” was in jeopardy

As such, these “prophets” spent the last year doggedly promoting the Big Lie about the election and vehemently insisting that they are not, in fact, false prophets.

Just take, for instance, the “prophetess” Kat Kerr who claimed in 2018 that she had been taken to Heaven where God showed her the results of the next five elections, which she said would result in “24 years of God in the White House” beginning with Trump winning reelection in 2020. His term, in Kerr’s telling, would be followed by Vice President Mike Pence being elected to two terms as president, followed by the election of whomever Pence has chosen as his vice president.

Needless to say, with the fact that Trump has not been in the White House for the last year and has turned against Pence for failing to stop the confirmation of Biden’s electoral win, it is now literally impossible for Kerr’s prophecies to come true. But that hasn’t chastened Kerr in the least, as she has spent the last year resolutely spreading false claims about a stolen election and insisting that Trump is actually president.

“Prophetess” Kat Kerr continues to insist that Trump won the election and will be restored to office, claiming that Trump has all the evidence he needs to ensure that those who supposedly stole the election will be “shot for treason.” pic.twitter.com/akPE7tymaJ

Like Kerr, QAnon conspiracy theorist and self-proclaimed “prophet” Johnny Enlow also prophesied that Trump would win reelection and has correspondingly spent the last year refusing to admit that he was wrong and insisting instead that Trump has secretly become “President of the World.”

QAnon conspiracy theorist and self-proclaimed “prophet” Johnny Enlow claims that people are lost in “the fog of war” and therefore can’t see the truth, which is that for the last year, Trump has actually been President of the World: “The proof will be forthcoming.” pic.twitter.com/iys55w1ogi

Self-proclaimed “prophet” Robin Bullock has spent the last year refusing to admit that his prophecies about the election were wrong and spreading the Big Lie about the election, repeatedly asserting that Biden is not legitimately president, and warning that anyone who dares to mock him for his false prophecies will be driven insane by God.

“Prophet” Jeff Jansen made the cardinal mistake of actually declaring that the fraud would be exposed, that the election would be overturned, and that Trump restored to office by a specific date. Declaring that the U.S. was secretly under martial law, Jansen proclaimed that the military would remove Biden from office and reinstate Trump by the end of June. Even after June came and went and Biden remained in the White House, Jansen nevertheless continued to insist that Trump is “still president, and he’s gonna step back in.”

“Prophet” Jeff Jansen said the military would reinstall Trump by the end of April. When that didn’t happen, he moved the date to June. That also didn’t happen, but Jansen continues to insist Trump is “still president and he’s gonna step back in. You watch what happens.” pic.twitter.com/D2wHezO2JF

Nathan French, another self-proclaimed “prophet,” asserted that God would restore Trump to office in order to silence those who were mocking the prophetic community over their false election prophecies. French proclaimed that Trump would be back in office by April, and even though that didn’t happen, French insists that his prophecies were correct because “in the heavens, in the spirit realm, [Trump is] actually still considered the president.”

“Prophet” Nathan French says that those who are “hearing God” know that Trump won the election and that “in the heavens, in the spirit realm, he’s actually still considered the president.” pic.twitter.com/FYIJoaWVq7

Few “prophets” have been as petulant about being wrong as Hank Kunneman. Having repeatedly declared that Trump would be reelected and even that Pence would be elected in 2024, Kunneman has dedicated countless Sunday sermons and media appearances to spreading the Big Lie and refusing to repent for his false prophecies. In fact, Kunneman has gone so far as to say that questioning his false prophecies or acknowledging Biden’s win are “grievous to God.” Those who stand by Kunneman, he has proclaimed, will be rewarded by God, while delivering a message to those who do not: God hates you.

With Biden having been in the White House for one year now, most of the MAGA movement has gone all in on the Big Lie rather than admit that their preferred presidential candidate lost. After all, lying about the election provides justification for imposing new restrictions on voting and potentially motivates conservatives to turn out in 2022 and 2024. But to these self-proclaimed “prophets,” their commitment to the Big Lie is also deeply personal, as promoting it provides an explanation for their false prophecies and allows them to claim that their reputations as influential religious leaders, political commentators, and oracles of God are intact.

While just about the entire right-wing movement in the United States has bought into the Big Lie that the 2020 presidential election was stolen from Donald Trump, few groups are as personally committed to promoting the false narrative as the various self-proclaimed “prophets” who emerged during Trump’s term in the White House. From the moment…

While just about the entire right-wing movement in the United States has bought into the Big Lie that the 2020 presidential election was stolen from Donald Trump, few groups are as personally committed to promoting the false narrative as the various self-proclaimed “prophets” who emerged during Trump’s term in the White House. From the moment…