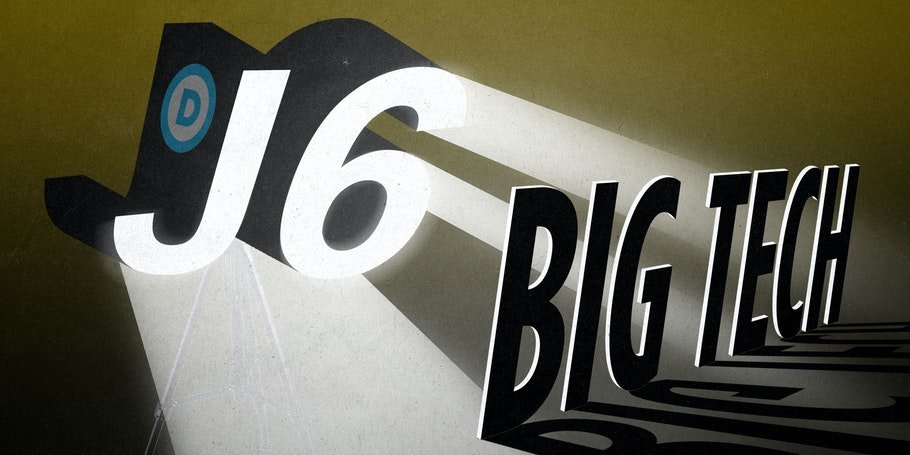 The J6 Inquisition and Big Tech

The Democrat witch hunt to punish supporters of President Donald Trump, more commonly known as the January 6 Commission Inquisition, is attempting to turn up the heat as the momentum of the investigation stalls. Do they have any fuel to add to the partisan fire they’ve been stoking since this time last year?

Committee Chairman Representative Bennie Thompson (D-MS) is betting that they do. This week he renewed a call for four social media companies to turn over additional records the Dems claim are relevant to their investigation. The most recent subpoenas demand that Twitter, Reddit, Alphabet (Google and YouTube), and Meta (Facebook) share internal records that might reveal how users may have leveraged these platforms to plan and execute their so-called insurrection.

“It’s disappointing that after months of engagement, we still do not have the information necessary to answer those basic questions,” Thompson said in issuing the subpoenas.

What Thompson really means is that the January 6 Commission cannot find the evidence it needs to back up its pre-judgment that Trump and others deliberately crafted and executed a riot to overturn the results of the 2020 presidential election. So, it’s time to go back to the well. The aforementioned social media companies, along with other media outlets, have all cooperated with the investigation thus far. Already in the hot seat for a variety of grievances and on the verge of being shackled by federal oversight regulations, Facebook and friends are more than happy to share the information their kindred political spirits require. They routinely shutter conservative voices and information that doesn’t fit the leftist narrative. Twitter and Facebook even booted the former president off their platforms. In October, Thompson said that Facebook was providing the necessary information being requested.

Why frame these tech behemoths as obstacles to the objective when they are the Left’s most powerful tools? Because the momentum of the January 6 incident is dead, and secretly Democrats know it. The lack of resonance of the oh-so-solemn one-year anniversary of the event anywhere in the country outside leftist media shows that the American public has moved on. It’s also becoming evident that there was no meat to the accusations that the former president started a riot to overturn the election.

Democrats have wrung every drop of venom they can get out of the event for political gain, and now there is no place left for this charade to go. Thompson still talks a good game as if the commission is doing great work. Great work at cranking out press releases, maybe. There have been five since the start of the year.

The January 6 Commission has never been anything more than an accusation in search of a crime. Diehard Democrats and Never-Trumpers always believed Trump was guilty of whatever could be dreamed up to charge him with, so, frankly, their opinion shouldn’t really count. You’re not going to get reasonable speculation or objective investigative theories out of them. In fact, they’re likely to accuse you of sedition for not agreeing with them.

The rest of the American public, the rational, free-thinking people, are more concerned about the myriad examples of economic malaise, or perhaps Russia and China, all serious concerns for which the Democrats and President Joe Biden don’t have answers. In fact, the Democrats have totally bungled handling all these issues. The commission is what Trump always said it was — an attempt to cover up the Democrats’ complete inability to govern the country.

By LEWIS MORRIS January 20, 2022 in Politics Democrats flog their social media allies for more “information” related to the Capitol riot. The Democrat witch hunt to punish supporters of President Donald Trump, more commonly known as the January 6 Commission Inquisition, is attempting to turn up the heat as the momentum of the investigation stalls. Do…

By LEWIS MORRIS January 20, 2022 in Politics Democrats flog their social media allies for more “information” related to the Capitol riot. The Democrat witch hunt to punish supporters of President Donald Trump, more commonly known as the January 6 Commission Inquisition, is attempting to turn up the heat as the momentum of the investigation stalls. Do…