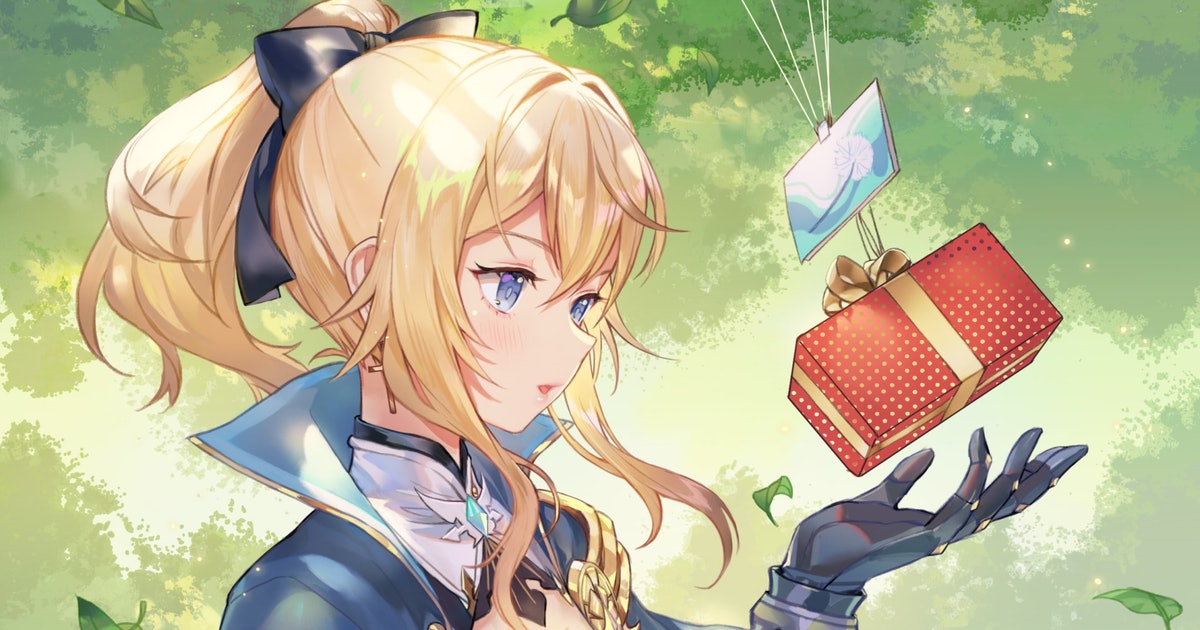 Best weapons and artifacts for the hybrid healer

The Dandelion Knight is one of the best characters in Genshin Impact. Jean offers a whole heap of utility in terms of damage and healing. Even with powerful new characters like Shenhe and Yun Jin, she still holds her own. Along with Diona, she’s one of the best hybrid-healers in the game.

There’s one critical thing to know about Jean. Her healing — from both her Dandelion Breeze burst and her Wind Companion passive — scales with her attack. This allows you to build damage while also increasing her effectiveness as a healer. She also has an incredible elemental skill in Gale Blade, letting her pull enemies towards her and blast them off cliffs, while also regenerating a chunk of energy towards her burst damage.

In this Genshin Impact Jean build guide, I’ll take a look at her best setup, and also offer a free-to-play alternative that won’t cost you the big bucks.

Jean’s best build partly depends on what you’re building her for. Considering her healing scales with her attack, she can deal damage while also keeping your party’s health topped off. However, if you’re using her more as a dedicated healer, you also have to factor in energy recharge. On the whole, it’s best to focus primarily on increasing her attack, thereby simultaneously buffing her effectiveness as a healer and a sub-DPS at the same time.

This build should do both:

The five-star Aquila Favonia is Jean’s sword, and as with most weapons of this rarity, it fits her well. It boosts Physical damage as a substat, getting you more value out of all that attack boosting, and also buffs her attack by 20 percent itself. When you take damage, you’ll regenerate HP equal to 100 percent of attack, and deal 200 percent of attack as damage to nearby opponents. This can happen once every 15 seconds. It’s pretty much perfect for a sub-DPS Jean who can also perform some hefty healing.

If you’re planning to lean more into Jean’s burst, Skyward Blade is also a decent pick. This five-star sword boosts energy recharge as a substat and increases the critical damage rate by four percent. It also grants 10 percent increased movement and attack speed, as well as 20 percent increased damage from normal and charged attacks when you use a burst. This means you can use Dandelion Field more often, and get a boost to Jean’s damage output when you do.

In terms of artifacts, two pieces of Viridescent Venerer buff Anemo damage by 15 percent, making Jean’s Gale Blade more powerful, while two pieces of Gladiator’s Finale boost attack by 18 percent, which is good for both Jean’s healing and damage. If you want to lean more into Anemo damage, you can replace that Gladiator’s Finale with two extra pieces of Viridescent Venerer, increasing Swirl reaction damage by 60 percent, while decreasing resistance to the specific elemental infusion by 40 percent.

If you do use this build, however, be sure to also build Jean’s elemental mastery for that extra reaction damage. In terms of other substats, you’ll want attack and energy recharge. If you want to rely more on Jean’s normal and charged attacks, then building critical rate and critical damage wouldn’t hurt, either.

Since Jean mainly relies on attack and energy recharge, there are some great free-to-play options she can use:

The free four-star Amenoma Kageuchi sword from Inazuma is a good pick if you want to frequently use Jean’s healing burst. It boosts attack as a substat, and introduces a stackable called Succession Seeds. You can gain these every five seconds by using an elemental skill, they last for thirty seconds, and you can stack up to three at a time. When you use an elemental burst, each seed you have regenerates six energy. Considering Jean’s passive skill, Let the Wind Lead, restores 20 percent of her burst’s energy cost when she uses it, these effects stack well to allow her to use it lots.

You can get the diagram to forge the Amenoma Kageuchi from ‘The Farmer’s Treasure’ quest, which unlocks after you’ve completed the ‘Ritou Escape Plan’ stage of the Inazuma Archon quest. Simply head to Jinren Island north of Narukami, and climb to the tallest part to find Jirou in a cage. Another option is the frequently featured Sacrificial Sword, which buffs energy recharge, and gives you a 40 percent chance of ending your skill cooldown when you use it, though this weapon only comes from the Epitome Invocation weapon banner.

For artifacts, you’ll want the same as before, with two Viridescent Venerer boosting Anemo damage by 15 percent, and two Gladiator’s Finale increasing attack by 18 percent. Jean’s Gale Blade is her primary method of recharging energy, especially if you’re using the Amenoma Kageuchi or Sacrificial Sword, so it’s worth buffing Anemo damage to get some damage value out of that skill. Other than that, you’ll want the same stat breakdown as above.

And that’s our Genshin Impact Jean build. We hope she serves you well in battle!

The Dandelion Knight is one of the best characters in Genshin Impact. Jean offers a whole heap of utility in terms of damage and healing. Even with powerful new characters like Shenhe and Yun Jin, she still holds her own. Along with Diona, she’s one of the best hybrid-healers in the game. There’s one critical…

The Dandelion Knight is one of the best characters in Genshin Impact. Jean offers a whole heap of utility in terms of damage and healing. Even with powerful new characters like Shenhe and Yun Jin, she still holds her own. Along with Diona, she’s one of the best hybrid-healers in the game. There’s one critical…

Sony just got sucker-punched, but here’s how PlayStation could bounce back

At the “Roof of the World,” solar power is a necessary evil