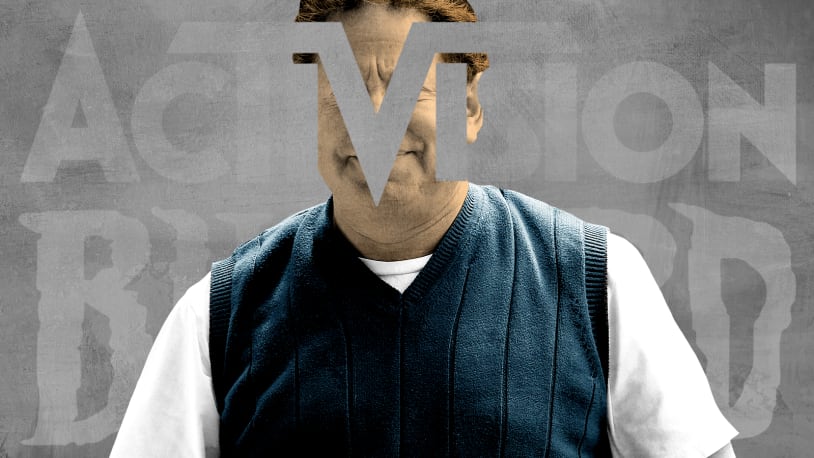 What did Bobby Kotick do to Activision Blizzard?

Microsoft announced Tuesday its largest acquisition ever: mammoth video game company Activision Blizzard — famous for Call of Duty, World of Warcraft, Hearthstone, Candy Crush, and many other titles — for $69 billion in cash.

While Microsoft is obviously looking to expand its vertically-integrated creative pipeline to improve sales of its Netflix-style Game Pass, the timing here is not a coincidence. The purchase comes at the end of Activision Blizzard’s worst year in well over a decade — a year of dented profits and a PR catastrophe that ruined the company’s reputation. All the problems can be traced to one man: CEO Bobby Kotick.

A good window into Activision Blizzard’s problems is World of Warcraft, long one of its primary cash cows. This is a massively multiplayer online game (MMO for short) which first launched in 2004. In its initial form, Warcraft players had to fork over money for the base game, plus more for each expansion, then play an additional subscription fee each month. Like any MMO, Warcraft was designed around fairly grubby psychological tricks to get people hooked and keep them playing — a constant drip feed of items and rewards, a near-endless progression treadmill, and extremely difficult end bosses that take large groups and dozens of attempts to defeat.

This is an attractive business proposition, but MMOs are hard to launch because the technology is difficult and a key attractive element is a large existing playerbase — the easiest way to be successful is to already be a hit. But Warcraft was a huge success, and subscriptions soared to over 12 million by 2010. That meant perhaps $150 million in revenue each month from subscriptions to a single game, and all Blizzard had to do was keep trickling out fresh content every few months and full expansions every couple years.

Enter Bobby Kotick. Previously in charge of Activision, then a separate company, he personally pushed through a merger with Blizzard, creating a new company with himself as CEO in 2010. The new company added ever more exploitative monetization schemes to Warcraft. Even before Kotick, there had been cosmetic items you could buy, but under his leadership Warcraft added a paid “character boost” in 2013 that allowed players to skip the process of building their character’s skills and power through gameplay and go right to the end game. Worse, in 2015 they added a “WoW token” as an in-game item to buy with real cash which provided one month of game time and could be sold in the game’s auction house.

Both of these features directly undermined Warcraft‘s entire value proposition. With the character boost, players were paying to get the game, paying a monthly fee to keep playing, and now paying even more to … avoid most of the content. With the token, the company was openly allowing people to buy top-quality game items for real money — a practice it had previously punished harshly when players managed it through third-party sellers because it cheapens the gameplay to let people buy their way to success.

As Warcraft became less about cultivating a community of dedicated fans and more about wringing out every last possible cent, players gradually soured on the game. Subscriptions peaked in 2010, then steadily declined to perhaps 5 million by 2021 (the company stopped releasing official statistics in 2015). Most of the core members of the development team gradually left, and the quality of expansions declined.

Now, Warcraft is only a small proportion of Activision Blizzard’s business. But its rot was emblematic of the whole company, as a cynical and predatory attitude came to characterize most of its products to the eventual detriment of its bottom line. The company hacked out so many sequels to Call of Duty (likely its most valuable property today), each larded up with more and more microtransactions, that it saturated the market. Kotick also bought King Games to put out more bottom-feeding mobile games like the notoriously addictive Candy Crush Saga.

Worse by far, the company’s workers got similarly poor treatment. Activision Blizzard became infamous for brutal working conditions and extreme pay inequality — Kotick pulled down $28.6 million in 2019, 306 times the pay of the average employee. The company began announcing mass layoffs in the same press releases in which they announced record quarterly profits.

As gambling companies have known for years, it’s possible to make tremendous quantities of money by emptying the wallets of small numbers of people with addictive personalities or poor impulse control. (Candy Crush made billions from just 2 to 4 percent of its players.) And cutthroat financiers have long made piles of cash buying up companies, laying off most of the workers, and collecting a quick profit before the business collapses. Activision Blizzard has spent a decade doing both.

But like so many private equity buccaneers before him, Kotick was eating his seed corn. He jacked up short-term profits and the Activision Blizzard share price by ruining the quality of its games, discarding millions of players, and treating the workers who actually build the company’s products with callous disregard — or worse.

In July of last year, California sued the company over allegations of a horrific culture of sexual abuse, including a “Cosby room” top executives kept for boozy meetings and harassing their female subordinates. Per another accusation, one employee killed herself after a nude picture was passed around at a company party. Kotick denied he’d known about these problems, only for The Wall Street Journal to report he indeed had known about them for years and had tried to cover up allegations. The Securities and Exchange Commission has also opened an investigation.

It was a public relations disaster. Active users on the company’s products plummeted; the share price nosedived; and numerous prominent influencers quit the company’s games. (One place many Warcraft streamers went was to Final Fantasy 14, which now has over 24 million subscribers and, amusingly, follows the original Warcraft formula almost exactly.)

Now, of course, Kotick has been bailed out by Microsoft. People as rich as him almost never face a consequence even for wrecking their own businesses. He’ll remain CEO for the time being and probably get a fat golden parachute afterwards.

And as for Activision Blizzard, things may improve under the Microsoft overlordship, but it’s certainly not guaranteed. Microsoft has an incentive to make sure its games are good so people shell out for the Game Pass, but Kotick’s grim career also shows the vast profits in bankrupting the “whales” with ruthless casino tactics. The ongoing union drive at Activision Blizzard may be the company’s best chance to improve both the quality of its products as well as its workplace culture. That’s the way to get the job done.

January 19, 2022 January 19, 2022 Microsoft announced Tuesday its largest acquisition ever: mammoth video game company Activision Blizzard — famous for Call of Duty, World of Warcraft, Hearthstone, Candy Crush, and many other titles — for $69 billion in cash. While Microsoft is obviously looking to expand its vertically-integrated creative pipeline to improve sales of…

January 19, 2022 January 19, 2022 Microsoft announced Tuesday its largest acquisition ever: mammoth video game company Activision Blizzard — famous for Call of Duty, World of Warcraft, Hearthstone, Candy Crush, and many other titles — for $69 billion in cash. While Microsoft is obviously looking to expand its vertically-integrated creative pipeline to improve sales of…

The case against surveillance advertising