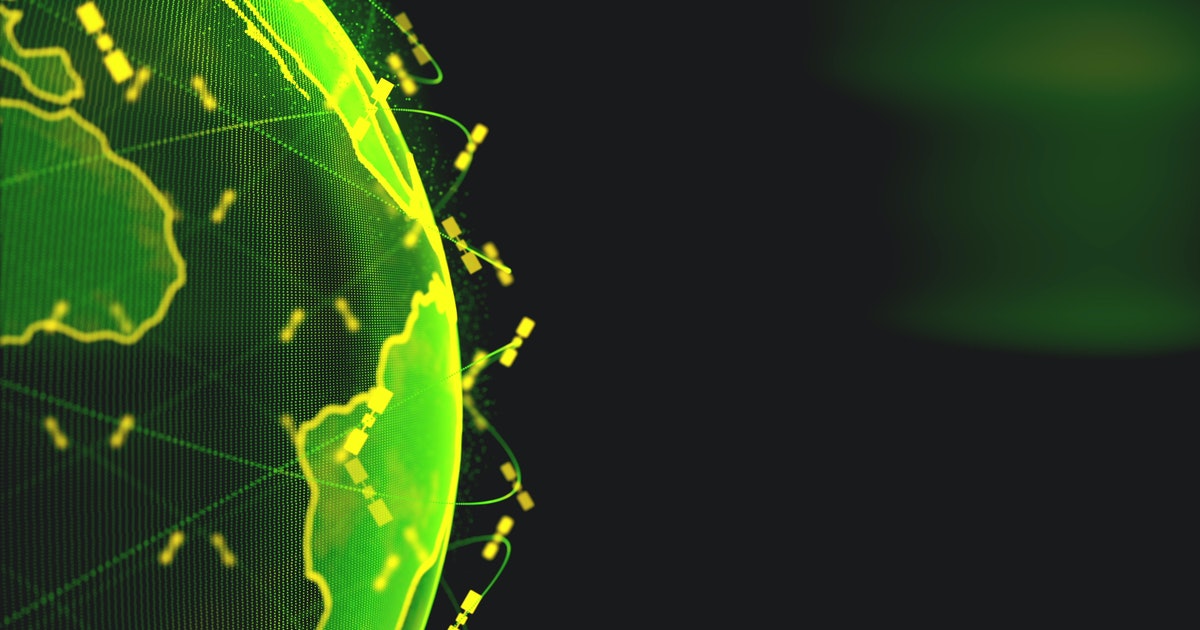 Starlink, SpaceX’s internet connectivity constellation, has made an unwanted appearance in scientific observations.

A paper published Monday in The Astrophysics Journal Letters revealed how SpaceX’s large collection of low-orbiting satellites has appeared in around a fifth of twilight images from one facility. The research does note, however, that the appearances have a very small effect on what astronomers can actually observe.

The findings help quantify what astronomers had reported since SpaceX launched the first batch of Starlink satellites in May 2019. The company’s satellites orbit around 310 miles altitude, much closer than other constellations. SpaceX plans to use a large number of satellites in close proximity to the Earth to offer high-speed, low-latency internet access anywhere with a view of the sky.

Starlink is currently available in beta form in 25 countries, and early testers have reported positive experiences. Astronomers, however, were not so pleased.

“As an astronomer, what no one expected was how bright these satellites would be,” Patrick Seitzer, a research professor at the University of Michigan’s department of astronomy, told Inverse in December 2019.

Want to find out more about how SpaceX and others are transforming spaceflight? Subscribe to MUSK READS+ for exclusive interviews and analysis about spaceflight, electric cars, and more.

A team from the Zwicky Transient Facility looked over their observations to see how often Starlink appeared. The facility operates at Caltech’s Palomar Observatory. It scans the night sky every two days for objects that change in some way. That means it catalogs events like asteroids moving and stars exploding.

The research found that, from November 2019 and September 2021, Starlink satellite streaks were seen in 5,301 images.

These streaks were most apparent in twilight observations. Streaks in images increased from 0.5 percent of images in late 2019 to 18 percent of images in August 2021. The team expects every single twilight image to be affected later this decade, as Starlink expands from around 1,800 craft today to around 10,000.

But the team also noted that these streaks impacted less than 0.1 percent of the pixels in a given image.

“There is a small chance that we would miss an asteroid or another event hidden behind a satellite streak,” Tom Prince, professor of physics at Caltech, said in a statement. “But compared to the impact of weather, such as a cloudy sky, these are rather small effects for ZTF.”

SpaceX Starlink: Will it get better?

The company made several adjustments to the satellites to reduce their reflectiveness. This is a difficult process, as the satellite also needs to operate at a cool enough temperature. SpaceX, working with the American Astronomical Society, introduced tweaks like a visor.

But researchers found the satellites still aren’t dark enough to meet internationally-agreed guidelines. The Satellite Constellations 1 workshop in 2020, which included the American Astronomical Society, agreed that low-Earth orbit satellites should be a magnitude of seven or lower — a higher number is fainter.

Unfortunately, researchers found that the current Starlink constellation has a brightness of around 6.8 magnitude. That’s dimmer than any star you can see with your naked eye, but not low enough to meet the agreed-upon criteria.

The impact may be small for now, but it could mean having to go back and clear up data with software tools. Or as Meredith Rawls, a research scientist with the Vera C. Rubin Observatory, told CNN: “[We will be] trying to clean the bugs off our windshield just so we can see out of our cars.”

Abstract — There is a growing concern about an impact of low-Earth-orbit (LEO) satellite constellations on ground-based astronomical observations, in particular, on wide-field surveys in the optical and infrared. The Zwicky Transient Facility (ZTF), thanks to the large field of view of its camera, provides an ideal setup to study the effects of LEO megaconstellations—such as SpaceX’s Starlink—on astronomical surveys. Here, we analyze the archival ZTF observations collected between 2019 November and 2021 September and find 5301 satellite streaks that can be attributed to Starlink satellites. We find that the number of affected images is increasing with time as SpaceX deploys more satellites. Twilight observations are particularly affected—a fraction of streaked images taken during twilight has increased from less than 0.5% in late 2019 to 18% in 2021 August. We estimate that once the size of the Starlink constellation reaches 10,000, essentially all ZTF images taken during twilight may be affected. However, despite the increase in satellite streaks observed during the analyzed period, the current science operations of ZTF are not yet strongly affected. We also find that redesigning Starlink satellites (by installing visors intended to block sunlight from reaching the satellite antennas to prevent reflection) reduces their brightness by a factor of 4.6 ± 0.1 with respect to the original design in g, r, and i bands.

Starlink, SpaceX’s internet connectivity constellation, has made an unwanted appearance in scientific observations. A paper published Monday in The Astrophysics Journal Letters revealed how SpaceX’s large collection of low-orbiting satellites has appeared in around a fifth of twilight images from one facility. The research does note, however, that the appearances have a very small effect…

Starlink, SpaceX’s internet connectivity constellation, has made an unwanted appearance in scientific observations. A paper published Monday in The Astrophysics Journal Letters revealed how SpaceX’s large collection of low-orbiting satellites has appeared in around a fifth of twilight images from one facility. The research does note, however, that the appearances have a very small effect…