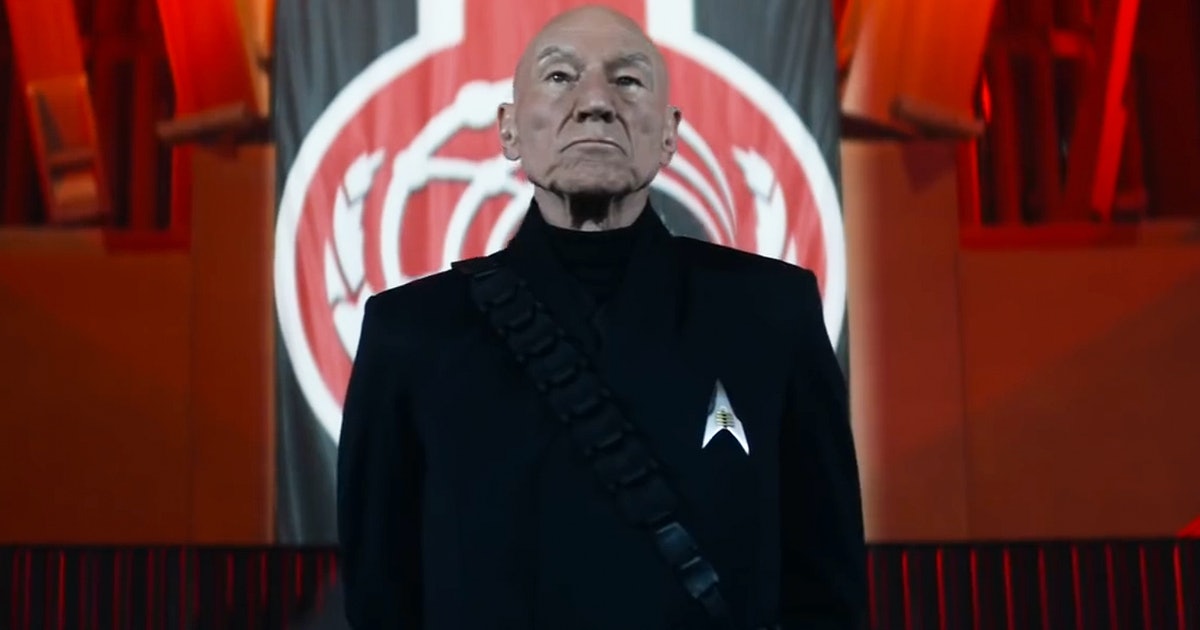 Star Trek is boldly going where Star Trek has never gone before. After a ton of anticipation and speculation, the entire 2022 schedule for every single distinct Star Trek series has been revealed, including — FINALLY — a release date for Star Trek: Strange New Worlds.

Here’s what to know about the entire Star Trek line-up in 2022, and why it appears that at least three shows will air back-to-back. Mild spoilers ahead for Discovery season 4 episodes 1-7 and Lower Decks Season 2.

Which Star Trek shows are airing in 2022?

To be clear, this has never happened before in Star Trek history, and other than Marvel, you’d be hard-pressed to find other big sci-fi/fantasy franchises pulling off this much new stuff in a single year. Arguably, the Trek franchise pioneered this kind of pluralism in the ‘90s when shows like The Next Generation aired new episodes at the same time as Deep Space Nine. In 2020, Trek aired three shows, Picard Season 1, Lower Decks Season 1, and Discovery Season 3. But five is a lot.

The animated series Star Trek: Prodigy is currently airing new episodes Thursdays on Paramount+ and will continue to do so until February 3, when Episode 10 will air. After that, Paramount has confirmed the show will take a break, and “the additional 10-episode-long second half of season one will be available on Paramount+ later in 2022.”

What is the Picard Season 2 release date?

Although initially announced for February 2022, the long-anticipated second season of Picard will now hit on March 3, 2022, taking Discovery’s Thursday release slot on Paramount+.

Picard Season 2 may follow a time travel plot in which Jean-Luc and the La Sirena crew have to head back to 21st Century Earth in order to undo a nightmarish future. Picard Season 2’s showrunner is 12 Monkeys maestro Terry Matalas, so it’s fair to expect similar mind-bending paradoxes in this Trek.

Delays caused Picard Season 2 to push its release date, so it’s been two years since Season 1 ended. However, Paramount confirmed Season 3 of the series is being filmed back-to-back with Season 2. Jonathan Frakes also recently confirmed to Inverse that he’s directed a “block” of Picard Season 2 episodes.

What is the Strange New Worlds release date?

This is the big one! Announced in 2020, the series Strange New Worlds finally has a release date: May 5, 2022. This puts it right after the ten-episode run of Picard Season 2 and also means the summer will kick off with a new Star Trek series focused on the classic USS Enterprise.

According to co-showrunners Akiva Goldsman and Henry Alonso Myers, Strange New Worlds will be more episodic than the previous newer shows, which will harken back to a more classic format of standalone adventures. The new Trek series is both a spin-off of Discovery and a prequel to The Original Series simultaneously. Set in the late 2250s, the show will chronicle the further adventures of Captain Pike (Anson Mount) on the USS Enterprise, along with Spock (Ethan Peck) and Number One (Rebecca Romijn), who all appeared in Discovery Season 2 in 2019.

What is the Lower Decks Season 3 release date?

Don’t forget the Lower Deckers! The third season of Mike McMahan’s hilarious animated comedy returns in the summer of 2022. Paramount doesn’t have an exact release date yet but considering the track record of Lower Decks, August 2022 is a good bet. Season 2 ended on a cliffhanger, with Captain Freeman (Dawnn Lewis) framed for blowing up a planet she totally didn’t blow up. Paramount also confirmed that Lower Decks Season 4 has been greenlit.

What about Discovery Season 5 and the future?

Paramount’s latest press release confirms that Discovery has been greenlit for Season 5. Presumably, this will air in 2023, which interestingly is also when the next Star Trek feature film is thought to release. When Inverse spoke to Discovery actor Doug Jones last year, he said he felt that Discovery could run for at least five seasons. Will it go beyond that? Who knows!

2023 might be another packed year for Star Trek, but for now, 2022 is the biggest year for the final frontier ever.

Star Trek is boldly going where Star Trek has never gone before. After a ton of anticipation and speculation, the entire 2022 schedule for every single distinct Star Trek series has been revealed, including — FINALLY — a release date for Star Trek: Strange New Worlds. Here’s what to know about the entire Star Trek…

Star Trek is boldly going where Star Trek has never gone before. After a ton of anticipation and speculation, the entire 2022 schedule for every single distinct Star Trek series has been revealed, including — FINALLY — a release date for Star Trek: Strange New Worlds. Here’s what to know about the entire Star Trek…

The perfect car for one type of person