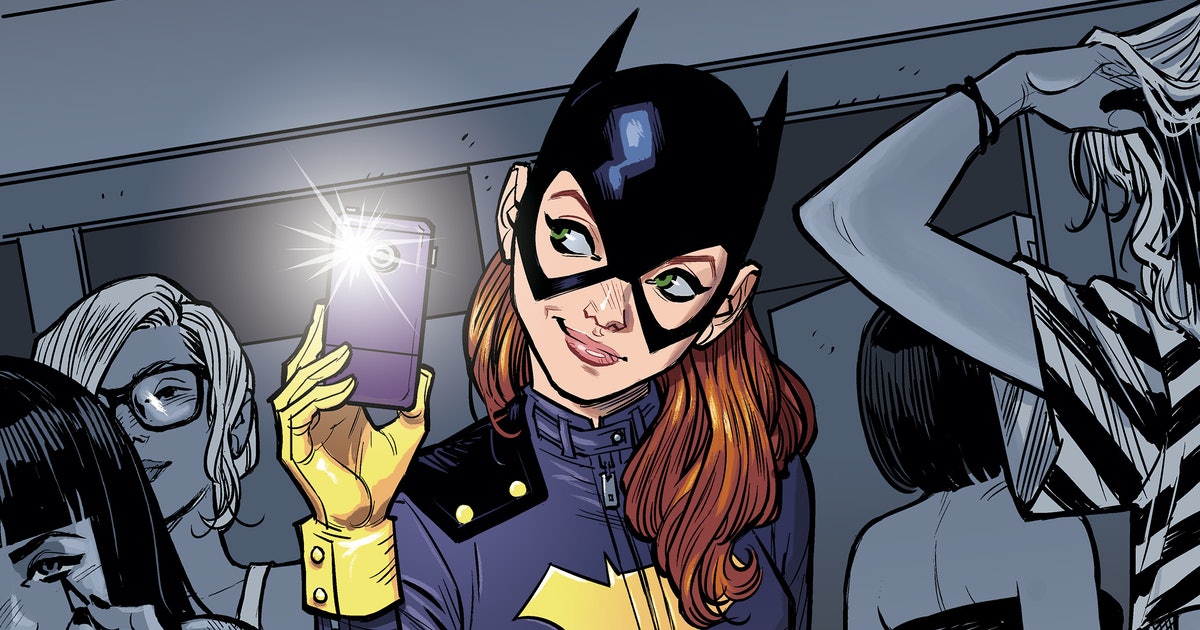 A new hero is coming to the DC Extended Universe. And she might be moving to Gotham City’s trendy Burnside neighborhood.

In the first look for Batgirl, the upcoming HBO Max-exclusive film set in DC’s cinematic universe, Afro-Latina actress Leslie Grace suits up as Batgirl in what is easily one of the most faithful interpretations of a comic book costume ever put to screen. But the costume’s details suggest the story that awaits.

What Happened? — On January 14, Leslie Grace gave fans a first look at herself in costume as Batgirl, as seen in the upcoming DC film Batgirl from directors Adil El Arbi and Bilall Fallah (Bad Boys for Life).

Along with posting the image on Twitter and Instagram, Grace captioned it with a quote from the 2003 comic book series Batgirl: Year One, by Scott Beatty and Chuck Dixon: “I use their expectations against them. That will be their weakness. Not mine. Let them all underestimate me. And when their guard is down, and their pride is rising, let me kick their butts.”

Purple and Yellow — What’s important is that Grace’s Batgirl costume doesn’t come from Year One. Instead, it takes heavy inspiration from the 2014 soft relaunch of DC’s Batgirl comic book series.

A few years after DC’s big publishing reboot in 2011, Batgirl got a second narrative and artistic refresh with a new creative team consisting of artists Brenden Fletcher, Cameron Stewart, Babs Tarr, and Maris Wicks. (Notably, in 2020 Stewart was accused of sexual misconduct by several women in the comic book industry).

For the revamped series, Batgirl — known to the public as Barbara Gordon, daughter of Gotham City’s police commissioner Jim Gordon — embarked on a new life as a PhD student in trendy Burnside, a borough of Gotham City analogous to real-life Brooklyn.

With a big change in Barbara’s life came a new costume. Stewart and Tarr collaborated on a new costume for Batgirl that emphasized function over fantasy (i.e. no form-fitting spandex or tactical armor) but was still stylish. With a purple and yellow colorway, the outfit also paid homage to Batgirl’s first costume from the 1966 Batman TV series.

The new design received immediate praise; Gizmodo called it “the best damn superheroine outfit ever.” The Batgirl series itself was similarly well-received during its run, although it was also the subject of occasional controversy, such as a polarizing storyline involving the reveal of a trans villain in its 37th issue.

Now it appears the DCEU also loved that version of Batgirl’s costume, which is why it’s outfitting Grace in threads that closely recreate Stewart and Tarr’s redesign. The DCEU has a few changes, such as Batgirl’s thigh holster and gloves coming in black rather than yellowish-gold. The DCEU also outfits Batgirl with a fancy utility belt, which Stewart/Tarr did not. Still, the main ideas are all there, snap-on cape included.

Origin Stories vs. New Beginnings — It’s important to remember that this costume is deeply tied to a specific chapter in Barbara/Batgirl’s life, as a twenty-something woman fighting crime on her own terms. The costume only appeared long after the Barbara Gordon character had a prolific history as both a superhero and as a paraplegic who went by the codename “Oracle,” a master hacker and information broker.

The DCEU seems to be telling Barbara Gordon’s origin story, as hinted by Leslie Grace quoting Batgirl: Year One and the casting of Brendan Fraser as Firefly, a villain from Year One.

But the use of the 2014 Stewart/Tarr costume hints at elements from the 2014 comic book series. Leslie Grace could very well be a Barbara Gordon studying in hip Burnside, but she could also be ascending to the role of a superhero for the first time.

We still don’t know the plot to Batgirl just yet, but an amalgamation of both Batgirl: Year One and the 2014 Batgirl appears to be what’s in store for the HBO Max movie.

The Inverse Analysis — In the long history of superhero movies, there have been many faithful and not-so-faithful costumes. Christopher Reeve looked like he leapt right out of the page when Superman opened in 1978. More recently, the CW’s Arrowverse has had varying levels of replication (Supergirl? Yes! Black Canary? Not so much).

But Leslie Grace’s Batgirl is by far one of the most finely executed. It helps that the original Stewart/Tarr costume was designed to be grounded and functional with a DIY ethos; you don’t have to be a professional cosplayer to make Batgirl’s costume yourself. But in a shared universe that’s famously maximalist and fantastical, it’s great to see something so different to how the DCEU has been designed so far. It makes Batgirl that much more real.

Batgirl will be released on HBO Max in 2022.

A new hero is coming to the DC Extended Universe. And she might be moving to Gotham City’s trendy Burnside neighborhood. In the first look for Batgirl, the upcoming HBO Max-exclusive film set in DC’s cinematic universe, Afro-Latina actress Leslie Grace suits up as Batgirl in what is easily one of the most faithful interpretations…

A new hero is coming to the DC Extended Universe. And she might be moving to Gotham City’s trendy Burnside neighborhood. In the first look for Batgirl, the upcoming HBO Max-exclusive film set in DC’s cinematic universe, Afro-Latina actress Leslie Grace suits up as Batgirl in what is easily one of the most faithful interpretations…