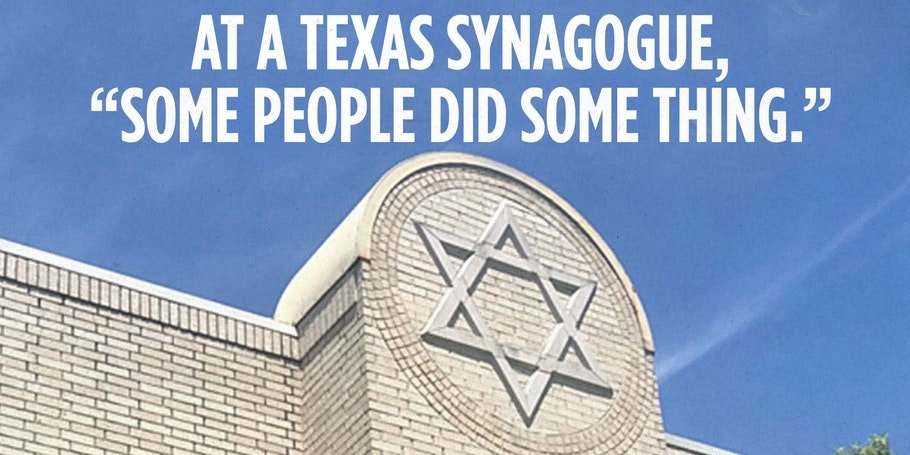 By  MARK ALEXANDER January 17, 2022 in The Left: Demo Hate Hustlers

Hours after the siege began, an FBI team raided the building and shot Akram dead.

Prior to killing Akram, Special Agent in Charge Matt DeSarno absurdly claimed that Akram’s motivation was “not specifically related to the Jewish community.” There was no apparent basis for that assertion. After Akram was killed, the FBI issued this statement: “This is a terrorism-related matter, in which the Jewish community was targeted, and is being investigated by the Joint Terrorism Task Force.”

First, because the Demos are constantly covering for Islamists, especially for their most prominent Party Jew hater, Rep. Ilhan Abdullahi Omar (D-MN).

But clearly, before Akram was identified, the Biden administration’s handful of deep-staters still in the FBI command pipeline were holding out hope that the assailant could be a poster boy for Joe Biden’s fabricated claim that our nation is inundated with “right-wing extremists” who pose the greatest domestic threat to “democracy.” That was Biden’s post-J6 Capitol protest narrative in support of Nancy Pelosi’s political insurrection inquisition.

Recall that last week after the Demos’ J6 anniversary celebrations, Biden announced the formation of a “new” DoJ “domestic terrorism unit” that will be the tip of his fake “Trump extremists” spear, despite the fact that investigating domestic terrorism has been the FBI’s job since the 1960s. That is a job the FBI has done well, with the notable exception of the 9/11 Islamist attack, which should have been detected if not for Bill Clinton’s domestic terrorism “priorities.”

For the record, among the hate-hustler strategies Democrats perfected under the Clinton regime, was using the blood of innocents as political fodder to foment racial and ethnic division and promote their political agenda. This is immediately apparent every time there is an assault motivated by race or religion — excluding, of course, Islamist attacks.

In a nation of 330 million people, there will be some number of assaults that fit the domestic terrorism profile every year.

While those assaults deserve national condemnation, the number of victims involved amount to a split fraction of the annual number of murder victims on Demo urban poverty plantations — notably, the grossly disproportionate number of both murders and interracial murders by black assailants which are not classified as “hate crimes.”

Highly regarded crime researcher Heather Mac Donald has documented the interracial crime disparity between white and black people. According to FBI statistics regarding interracial crime, Black people committed 90% of interracial felonies despite representing just 13% of our population. She also determined that in cases where the victim’s race was known, in 88% of murdered Black people, the suspect is also Black.

Ironically and arguably, it’s Democrat Party policies that are responsible for real systemic racism today, as opposed to the so-called “systemic racism” lies leftists are endlessly peddling. These policies have devastated urban centers, but are backed and funded by suburban “White Privilege” Democrats.

Moreover, the recent surge in violence is the direct result of urban Demo politicians and their political charade to “defund the police.”

That notwithstanding, I would argue that ALL murders are “hate crimes,” not just those the Democrats and their Leftmedia platforms elevate to national outrage.