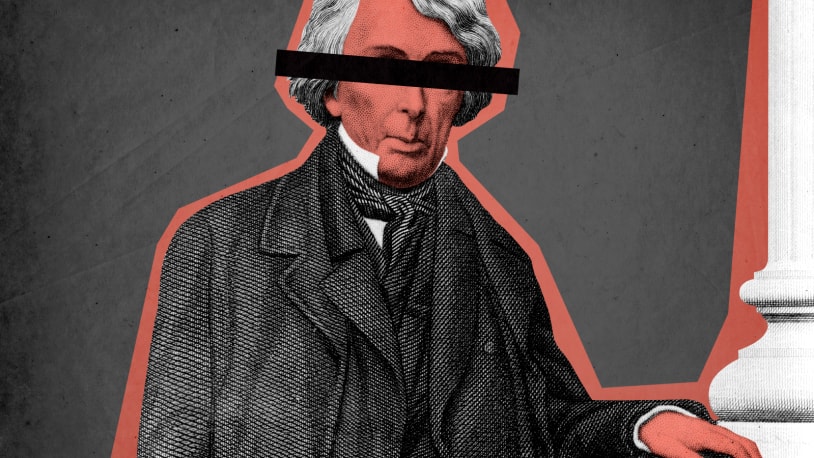 The Supreme Court last week struck down President Biden’s coronavirus vaccine (or testing) mandate for businesses with more than 100 employees. As Mark Joseph Stern writes at Slate, the reasoning was ridiculous and tendentious. “It is telling that OSHA, in its half century of existence, has never before adopted a broad public health regulation of this kind,” the majority wrote, conveniently ignoring that this is the first such pandemic in that half century. This absurdity was only underlined by the fact that the arguments in the case were heard remotely — because of the ongoing pandemic — and that one of the plaintiffs’ lawyers was himself positive for COVID-19.

The ruling is one more piece of evidence for a larger truth: America has a de facto judicial tyranny, and it’s unlikely to change.

If the current conservative justices retire strategically, as they generally have done, Democrats would have to control the presidency for something like 20 consecutive years — while holding the Senate when there are seats to be filled — to have a fair shot at taking back the court majority. Realistically, absent adding more justices to the court or other extreme measures, we’ll not see a liberal majority again in our lifetimes, and Democratic presidents will find their every move stymied by the conservative bloc.

Yet this isn’t the first time of judicial despotism in American history. The Supreme Court has often acted exactly as it is doing today, and that history is worth reviewing now.

The problem with our Supreme Court’s judicial review is obvious when you think about it: When nine justices get final say over what the legislature and the president can do, they’ll tend to use that position to their political advantage. They’ve been given the power to pretend the law says whatever they want. And when the justices are unelected, with life tenure, and virtually always come from similar backgrounds of extreme wealth and privilege, the likelihood of them abusing their authority is almost complete. As Thomas Jefferson wrote in a letter, judicial review “would place us under the despotism of an oligarchy. Our judges are as honest as other men, and not more so.”

Sure enough, something like three quarters of the history of the Supreme Court is a miserable sequence of rich racists rigging up constitutional arguments for white supremacy and corporate power with arguments ranging in plausibility from the dubious to the completely preposterous.

Before the Civil War, the court was a stalwart defender of chattel slavery. Most infamously, Chief Justice Roger B. Taney argued in Dred Scott v. Sanford (1857) that Black Americans can “claim none of the rights and privileges [of] citizens of the United States,” because they weren’t intended to be citizens under the original Constitution — despite the fact that when the Constitution was ratified, free Black men could vote in five states.

Taney further held that Congress had no power to ban slavery in the territories, and his intent was blatantly political. As a conservative supporter of slavery and the South, he wanted to stamp out the possibility of abolition forever using his power of rule-by-decree.

It didn’t work, of course. The court’s isolation from the people has often meant its political interventions are ill-judged, and Taney’s trampling of precedent and democracy helped touch off war. That didn’t stop Taney trying to help the traitors, naturally. He tried to strike down President Abraham Lincoln’s suspension of habeas corpus though the Constitution specifically authorizes it in times of rebellion. Lincoln ignored Taney, to his credit.

After the Civil War, the three Reconstruction amendments overturned Dred Scott. The 13th Amendment abolished slavery; the 14th stipulated that all people born in the country were citizens; and the 15th guaranteed Black men the right to vote. For a time, the court was on the back foot, and multi-racial democracy flourished in the South under federal protection.

But within a few years the court was back to its usual tricks. As historian Eric Foner writes in his book The Second Founding, reactionary racists on the bench gradually dreamed up a hairsplitting “state action” doctrine which somehow forbade the federal government from doing anything to protect Black people from white supremacist terrorism or blatant discrimination.

In United States v. Cruikshank (1876), the Supreme Court threw out the convictions of racist mass murderers for violating their victims’ civil rights. In the Civil Rights Cases (1883) they held Congress couldn’t ban discrimination from private parties. Eventually, in Plessy v. Ferguson (1896), they upheld overt Jim Crow apartheid. Then, as Black voters were being systematically disenfranchised across the South, the court did nothing to enforce Section 2 of the 14th Amendment, which stipulates that those states should have lost representatives in Congress.

At about the same time, the court promulgated a ludicrous, Monty Python-esque reading of the 14th Amendment as defending corporations from regulations to protect workers. It established a “freedom of contract” that appears nowhere in the text of the amendment or in any of the congressional debates around its enactment. In Allgeyer v. Louisiana (1897), the justices struck down a Louisiana insurance regulation. In Lochner v. New York (1905), they struck down a law mandating a maximum 60-hour work week for bakers. And in Adkins v. Children’s Hospital (1923), they struck down a federal minimum wage for women.

All told, the 1870s to 1930s era of constitutional jurisprudence on civil rights and corporations is probably the most egregious example of judicial tyranny in American history — at least so far. Here were a set of amendments arising from the bloodiest war in the history of the western hemisphere. They were obviously intended to entrench the results of that war: Slavery was to be abolished, and Black men were to be voting citizens just like white men. Everyone at the time knew and accepted these facts, whether they liked them or not — it’s why Mississippi didn’t ratify the 13th Amendment until 2013.

The Supreme Court unilaterally deleted most of the substance of those laws, aside from formal slavery, in those years. It blessed the efforts of KKK terrorists to set up a monstrous racist despotism in the former Confederacy. It refashioned the amendments into new ones protecting corporations from child labor laws and the eight-hour day, all through the legal equivalent of standing on its head and hooting like a chimp. This is how dictators rule: “[T]here is no such thing as law, there is only power.”

That phase of the Supreme Court’s tyranny stood until the Great Depression put Franklin Roosevelt in the White House along with gigantic Democratic majorities in Congress. Even then, the court kept striking down New Deal legislation on ginned-up pretexts, and it took Roosevelt preparing to add justices to the court — and even to defy it entirely — for one justice to switch sides, allowing Roosevelt’s fight against the economic crisis to proceed.

The only sustained period when the court stood on the side of justice was under Chief Justice Earl Warren, nominated soon after Roosevelt’s time in office by Dwight D. Eisenhower. But the Warren Court didn’t even last 16 years. And for all its accomplishments, many of its signature rulings weren’t very effective — Brown v. Board of Education (1954), for instance, totally failed to end segregation. That took congressional legislation and massive coercion from the executive branch.

Other, more recent, rulings were more effective, like the establishment of the right to an abortion in Roe v. Wade (1973) and to gay marriage with Obergefell v. Hodges (2015). Yet, on balance, it would be far preferable if these changes too were obtained through the normal legislative process rather than judicial fiat. The many injustices of the current system far outweigh these few times judicial review has served Americans well.

When a handful of rich legal clerics have the option to dominate society, they will. History suggests America will always have a de facto judicial tyranny as long as we have the Supreme Court as we know it.

January 17, 2022 January 17, 2022 The Supreme Court last week struck down President Biden’s coronavirus vaccine (or testing) mandate for businesses with more than 100 employees. As Mark Joseph Stern writes at Slate, the reasoning was ridiculous and tendentious. “It is telling that OSHA, in its half century of existence, has never before adopted…

January 17, 2022 January 17, 2022 The Supreme Court last week struck down President Biden’s coronavirus vaccine (or testing) mandate for businesses with more than 100 employees. As Mark Joseph Stern writes at Slate, the reasoning was ridiculous and tendentious. “It is telling that OSHA, in its half century of existence, has never before adopted…

Trump mocks and criticizes Biden at rally in Arizona