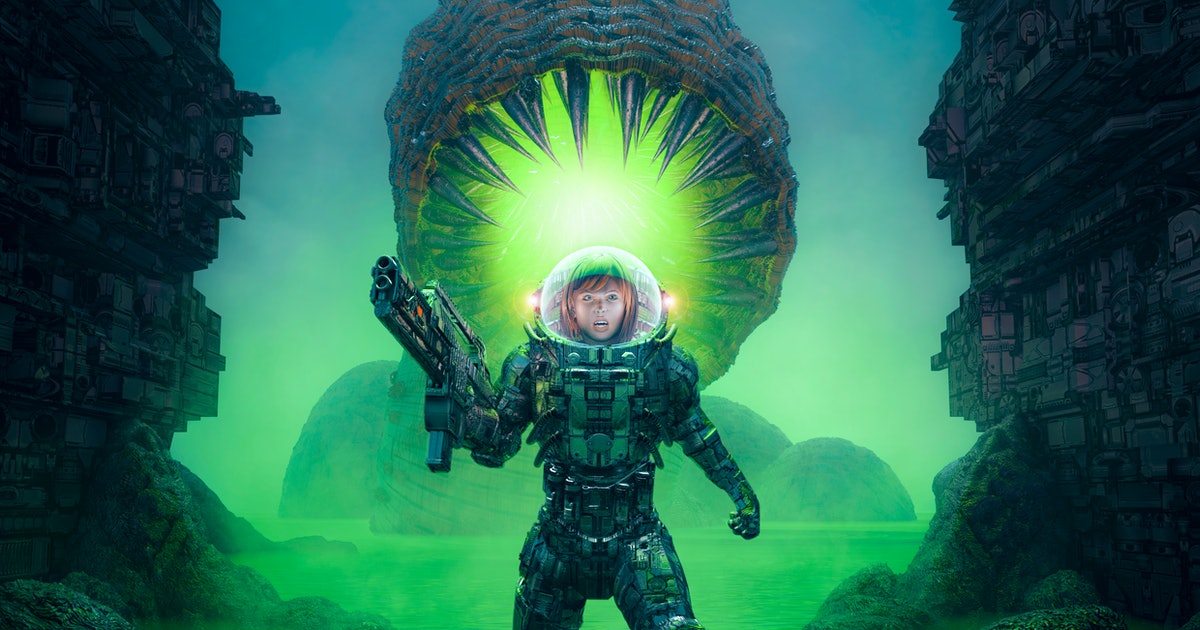 Francis Ford Coppola won acclaim for Bram Stoker’s Dracula, a movie that sought to capture the original horror and intent of Stoker’s original 1897 novel. Interest gained in dusting the cobwebs off another old movie monster in hopes of finding a literary classic just waiting for a serious, sweeping adaptation.

And Coppola had just what they were looking for. He planned a companion piece to Dracula, but this time, Kenneth Branagh would direct it. According to Interview, Branagh said Coppola had never heard of him before, and it was a decision that made all the difference. One that led to one of the decade’s more bizarre mainstream movies, one that fails more than it succeeds but is still commendable for the risks it takes. It was Mary Shelley’s Frankenstein.

The 1994 Frankenstein movie is meant to be a straight adaptation of Shelley’s 1818 novel, one of the most-read stories in the Western world. The monstrous creature at the center of the novel (who is never even given a name) has been baked into the history of cinema perhaps like no other, especially considering that the first Frankenstein movie was made in 1910 and produced by Thomas Edison. There has been not one but several iterations of this monster in every decade since, with Boris Karloff’s turn as the creature in 1931 being the most recognized.

For Kenneth Branagh, Frankenstein was the first step away from the Shakespeare adaptation, which had won him fame. Much Ado About Nothing was proudly loyal to the Shakespearean era, confident that its performances were enough to win any viewer over into its world. It worked. Bringing that same approach to Frankenstein quickly reveals itself to be a mistake because Shakespeare’s plays were made to be viewed, and Mary Shelley’s novel was made to be read.

The compelling aspect of Frankenstein is not Victor Frankenstein (Branagh); it is The Creature (Robert De Niro). But over and over again, the viewer is subjected to the life of Dr. Victor Frankenstein. He grows up in Geneva, falls in love with his adopted sister Elizabeth (Helena Bonham Carter), and wants to be a doctor. He is sad about his mother’s passing and goes to medical school in Ingolstadt, where he makes exactly one friend (Tom Hulce) and is made a laughing stock by many for his desire to combine modern medical techniques with ancient practice. Some exciting elements are at play here, including discussions with a friendly professor (John Cleese) about where life ends and the afterlife begins.

The Creature is created when Victor’s beloved professor is murdered. He uses the body of the murderer and the brain of the victim. While Branagh steps as far away as possible from the science fiction elements of Shelley’s story, it works in the case of The Creature. De Niro plays The Creature as confused, above all else, about why he exists. There are similarities to his performance in Martin Scorsese’s The Irishman.

In Mary Shelley’s Frankenstein, De Niro’s Creature has a fascinating look, but it is the look of a person who has gotten horrific surgery, not necessarily a monster. So it is confusing when the Creature is kindly tending to an old blind man he saved from an attack, and then the man’s family comes in and starts suddenly attacking the Creature.

The camera constantly spins around, creating frenetic energy in the film. As Branagh told Interview, “I want the audience to be there in Victor’s fevered imagination and I want them to catch the bug, so the camera moves a great deal.” But the constant spinning is confusing, not enlightening. This applies to many of his editing decisions. There are interesting shots in Frankenstein and lavish outfits, but very few interesting scenes.

Frankenstein owes its most exciting aspects to Mary Shelley. Her story of life beyond one’s demise raises serious issues of science that we still grapple with today. Branagh told Interview that Victor Frankenstein could be seen as Albert Einstein and J. Robert Oppenheimer, and he’s correct.

But the movie he made doesn’t entirely reflect that. Mary Shelley’s Frankenstein may be an absolute mess, but at least it’s a fascinating one.

Francis Ford Coppola won acclaim for Bram Stoker’s Dracula, a movie that sought to capture the original horror and intent of Stoker’s original 1897 novel. Interest gained in dusting the cobwebs off another old movie monster in hopes of finding a literary classic just waiting for a serious, sweeping adaptation. And Coppola had just what…

Francis Ford Coppola won acclaim for Bram Stoker’s Dracula, a movie that sought to capture the original horror and intent of Stoker’s original 1897 novel. Interest gained in dusting the cobwebs off another old movie monster in hopes of finding a literary classic just waiting for a serious, sweeping adaptation. And Coppola had just what…

5 survival thrillers to watch after the finale