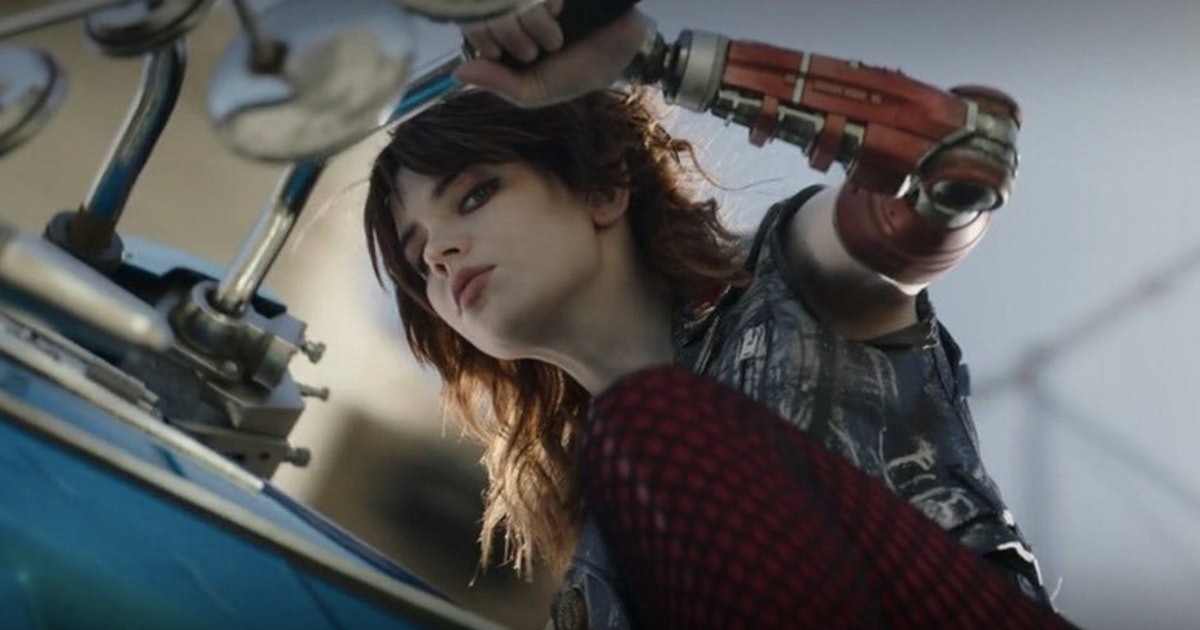 In 1981, the most misunderstood cyborg in all of Star Wars wasn’t Darth Vader. Instead, a self-styled cyborg named Kligson lived in a place called “Droid World.”

This is not canon, to be clear, but prior to The Book of Boba Fett, Kligson was the first voluntary cyborg in Star Wars history. In “Droid World” and Star Wars at large, this kind of transhumanism or artificial augmentation has mostly been used to illustrate the negative qualities of villains. But now, in The Book of Boba Fett, that trope is getting reversed — for the better. (Warning: Spoilers ahead!)

Boba Fett and the cyborgs

In The Book of Boba Fett Chapter 3, “The Streets of Mos Espa,” Fett and Fennec Shand meet a gang of young folks on speeder bikes led by a woman named Drash (Sophie Thatcher). Quickly, Fett realizes these kids are, in fact, all right, and recruits them to work for him, rather than robbing the corrupt water monger. Twitter might be obsessed with their brightly colored speeder bikes, but the most interesting thing about this gang is that they are all augmented with technology in some way, shape, or form.

Toward the end of the episode, Boba Fett feels bad for what he perceives as an ableist slur, telling Skad (Jordan Bolger) to “keep an eye out.” Skad has a somewhat obvious cybernetic eye, so Fett apologizes quickly, feeling bad for accidentally pointing it out. But, Skad isn’t offended, telling Fett, “You don’t have to be sorry, mate. I paid a lot for this. I’m proud of my eye.”

It may seem like a quick, throwaway line, but when it comes to artificial argumentation or robotic limbs in Star Wars, historically, there’s been a pretty hefty stigma against both.

Star Wars and the cyborg stigma

In 2019, a real robotic arm was named after Luke Skywalker, which allowed an amputee to experience touch in a previously lost limb. So Luke losing a hand and having it replaced with an artificial one has, arguably, been good for the real world, if only a little bit.

However, within the narrative of Star Wars, both Luke and his father getting artificial body parts is treated as a consequence or punishment for something they’ve done wrong. Darth Vader’s reliance on artificial limbs and breathing systems is the ultimate example, sending a clear message: If you’re this much a cyborg, you’ve clearly done something wrong with your life.

This idea is echoed with Luke in Return of the Jedi when he looks down at his own artificial hand he feels shame and guilt. The message (intentional or not) is that being augmented with artificial tech — even life-saving tech — diminishes your humanity. Obi-Wan says Vader is “More machine now than man,” a sentiment echoed by the water monger about the speeder bike gang in Boba Fett.

But, of course, Obi-Wan is lying to himself. Vader didn’t become evil because of his injuries and subsequent reliance on life-saving technology. Vader was evil before that moment. We associate Vader’s suit and breathing apparatus with his evilness, but, we really shouldn’t.

If we dig into non-canon Legends, it’s easy to see that Star Wars narratives often default to depicting cyborgs and/or people with artificial parts as evil. The primary antagonist in the game Star Wars: Masters of Teräs Käsi was Arden Lyn, a woman with a robotic arm, which, you know, just proved she was evil.

Also, remember Kligson in “Droid World?” Well, again, this Marvel Comics adventure (later adapted into a book-on-tape for kids) presented a self-styled cyborg into another bad guy. However, his backstory was tragic: After being betrayed by the Empire, Kligson couldn’t stand to be around humans anymore, and thus, wanted to surround himself only with droids.

This notion intersects with idea that within Star Wars, droids are basically slaves, a fact which was put front-and-center with L3-37’s (Phoebe Waller-Bridge) revolt in Solo: A Star Wars Story. In feeling betrayed by the Empire, it makes sense, from a certain point of view, that one might gravitate more towards droids. In The Mandalorian, Mando’s prejudice against droids is challenged in a similar way, making him realize that murder and betrayal aren’t limited just to the actions of artificial lifeforms. In other words, more recently, Star Wars seems to be saying that, no, a robot uprising is not coming, and if it does come, it will likely be benevolent.

The bridge to that more just galaxy could be these new voluntary cyborgs. Not only do these younger folks want artificial augmentation, but as Skad says, they’re “proud” of it. We’ve never actually seen this in Star Wars before, and it’s refreshing as hell. Making a villain look scary by presenting them as “different” or disabled is obviously a tired ableist trope. By introducing us to Drash, Skad, and the gang, the future for cyborgs — and maybe droids, too — is looking a whole lot brighter in the faraway galaxy.

The Book of Boba Fett airs new episodes on Disney+ on Wednesdays.

In 1981, the most misunderstood cyborg in all of Star Wars wasn’t Darth Vader. Instead, a self-styled cyborg named Kligson lived in a place called “Droid World.” This is not canon, to be clear, but prior to The Book of Boba Fett, Kligson was the first voluntary cyborg in Star Wars history. In “Droid World”…

In 1981, the most misunderstood cyborg in all of Star Wars wasn’t Darth Vader. Instead, a self-styled cyborg named Kligson lived in a place called “Droid World.” This is not canon, to be clear, but prior to The Book of Boba Fett, Kligson was the first voluntary cyborg in Star Wars history. In “Droid World”…