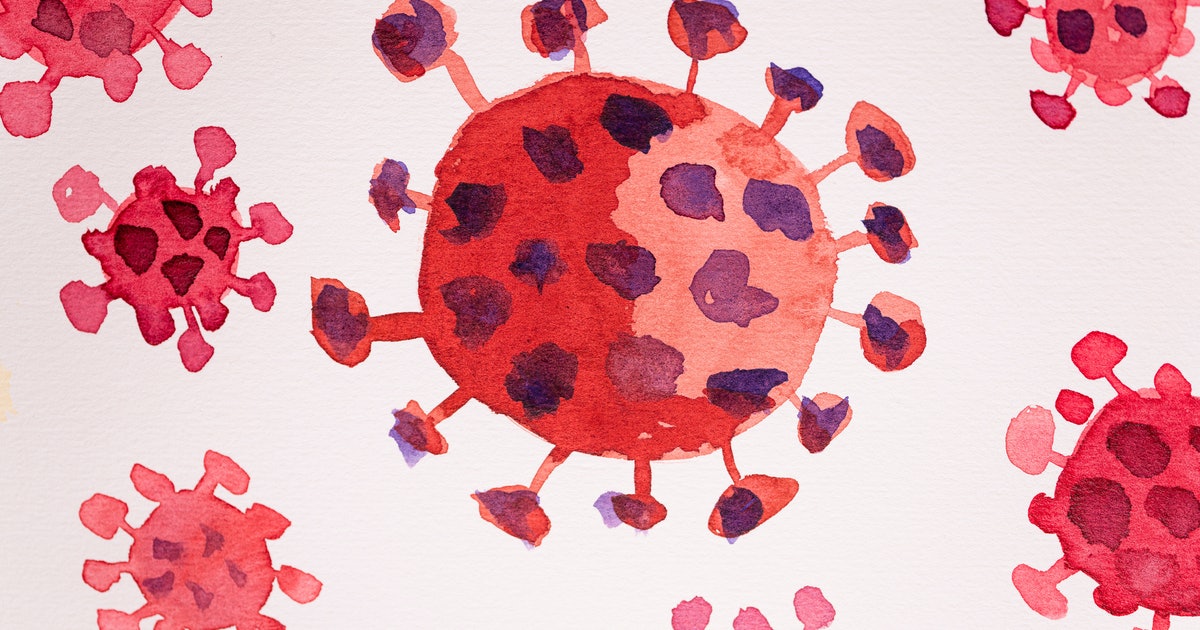 Omicron is spreading rapidly throughout the world, with experts claiming that 40 percent of the global population will be infected within the next two months. This sounds quite startling, but we still don’t know whether omicron causes more severe disease than other variants of concern. The signs so far are good, though.

With the previous widespread variant, delta, there was a clear link from infection to hospitalization and then, in some patients, ICU admission and death. This doesn’t seem to be as apparent with omicron. However, the director-general of the World Health Organization, Tedros Ghebreyesus, said on January 6: “While omicron does appear to be less severe compared to delta, especially in those vaccinated, it does not mean it should be categorized as mild.”

The question is why might it be less severe than delta? Are there changes in omicron that make it less troublesome? There are two aspects to this.

This is consistent with the milder symptoms that omicron causes, which are mainly to do with the nose and throat — sniffles and a dry cough. It’s only when SARS-CoV-2 infects the lungs that severe disease happens, which involves symptoms such as breathing difficulties, and omicron seems to be less able to do that.

There is, however, a second aspect as to why omicron doesn’t appear to be causing severe disease. And that is because a key part of the immune system, the T-cells, are well able to handle omicron.

An early concern was that omicron might somehow dodge the immune system, and this indeed is the case when it comes to antibodies. The spike protein on the surface of the SARS-CoV-2 virus is a key target for antibodies. They latch on to the spike and effectively bung it up, stopping it from interacting with the cells the virus is trying to infect and thereby providing protection. However, with omicron, the parts of the spike that antibodies recognize have changed and so antibodies are less able to neutralize the virus.

With antibodies, though, quantity can trump quality. So even if they can’t bind to omicron as effectively as they did with earlier variants, your immune system, especially when boosted, can make enough antibodies to still swamp the spike protein. This is one reason why booster shots are so important.

But the really good news is that our T-cells can still recognize and eliminate omicron.

The “T” in their name comes from the thymus, an organ in the chest where they mature. They work in a different way to antibodies. When a cell is infected with a virus, it takes a piece of the spike protein from the virus and displays it on its surface. This is a bit like the infected cell waving a red flag to say it’s infected. The T cells have sensors for that flag on their own surface. They latch onto the infected cell and kill it.

This might sound dramatic, but it’s very effective. Killing the cell means the virus is eliminated, too. It’s like a controlled explosion. This process can therefore control the virus and prevent severe disease.

Antibodies are like plan A: they stop the virus from getting into cells. T-cells are plan B: if the virus does infect a cell, they come along and kill that cell, stopping the virus in its tracks. They still work against it because the parts of the spike that are put up onto the surface of the infected cell — the red flags — haven’t changed much in omicron.

The T-cells in your body that have been made to fight a previous version of the spike (which is in the vaccines) are well able to do their job. Several studies have shown that T-cells generated by vaccines have kept their ability to fight omicron in this way.

Your immune system has been sculpted by millions of years of evolution. It has all kinds of tricks up its sleeve and luckily, so far at least, the T-cell trick is holding up against omicron. And like other parts of the immune system, T-cells can remember the fight and do even better next time you’re infected. They may well hold up against future variants, too. The T-cells are one reason for optimism that the pandemic may soon be behind us.

This article was originally published on The Conversation by Luke O’Neill at Trinity College Dublin. Read the original article here.

Omicron is spreading rapidly throughout the world, with experts claiming that 40 percent of the global population will be infected within the next two months. This sounds quite startling, but we still don’t know whether omicron causes more severe disease than other variants of concern. The signs so far are good, though. With the previous…

Omicron is spreading rapidly throughout the world, with experts claiming that 40 percent of the global population will be infected within the next two months. This sounds quite startling, but we still don’t know whether omicron causes more severe disease than other variants of concern. The signs so far are good, though. With the previous…