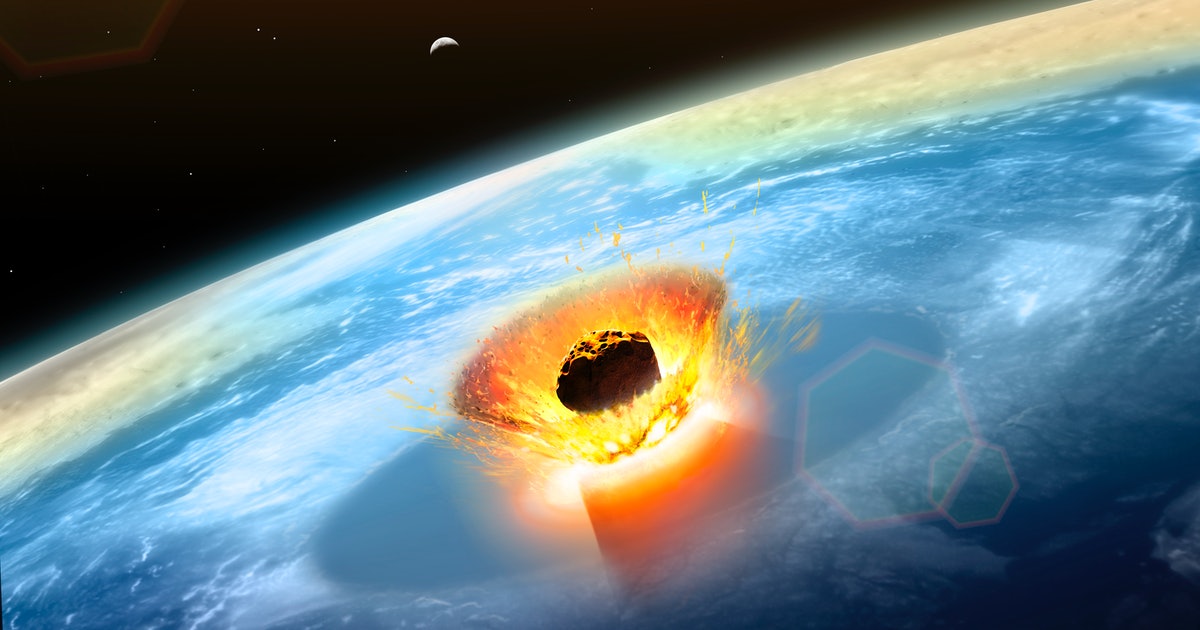 Don’t look now — but we are currently experiencing a rash of stories about a forthcoming global catastrophe. But in a change from reports of pandemics and climate change, this global catastrophe is produced by the impact of a giant asteroid. Or comet. Or both.

This may feel extra ominous given the events in the recent Netflix film Don’t Look Up, in which the Earth is threatened by a “planet killer” asteroid.

But how worried should we really be — and what would happen if such a body actually hit us?

It has been my experience that killer asteroids tend to strike in the summer months when news is thin on the ground. Maybe we are so tired of grim news about the spread of the omicron Covid variant and associated problems that a killer asteroid (or comet) makes a refreshing change.

Some U.K. newspapers have turned to Nostradamus, the 16th-century astrologer. A couple ran stories at the end of 2021 about 2022 being the year in which Nostradamus predicted that the world would end in a giant impact with a body from space. This hook has resulted in tabulations of objects that may (or, more likely, will not) come close to the Earth in 2022.

My favorite list was published by the Sun newspaper, which described five asteroids heading towards the Earth in January alone.

The scary headline and its accompanying image of an Earth in apparent danger are somewhat undermined by the sentences following the image, in which the newspaper states that “all of the forecasted asteroids this year will pass by Earth by a significant distance and is very unlikely they will hit our planet”.

We have already missed (or been missed by) the first two asteroids in this list (2021 YQ and 2021 YX) which hurtled by Earth on January 5 at distances of 1.3 and 2.4 million miles, respectively.

No, I didn’t notice them either — and I study asteroids. There are a further three asteroids predicted to pass between one and five million miles from the Earth in the next few days, ranging in size from that of a car to that of the Statue of Liberty. The one that will get the closest will still be four times as far away as the Moon, so not exactly close calls.

Is Don’t Look Up realistic?

Without giving away too many spoilers, the plot focuses on two astronomers (a graduate student and her professor) who discover a comet that will collide with Earth in six months’ time. They try to tell the president of the United States (played gloriously by Meryl Streep), but she is more concerned with the midterm elections.

The film pokes fun at right-wing U.S. politics, the influence of donations to political parties on policy (and politicians), the increasing capacity for modern technology to collect information about health, habits, and lifestyle, and the use of that information by technology giants.

It does not poke fun at the science, though: the discovery of the comet is (sort of) realistic. This is as it should be, since Amy Mainzer, principal investigator of NASA’s NEOWISE asteroid tracking program, was a scientific advisor to the production.

In the film, the astronomers report their findings to the Planetary Defense Coordination Office, which, as the movie shows, is a real organization operated by NASA.

So is the film realistic? The Earth has been hit by large asteroids in the past — which is why there are no enormous dinosaurs roaming the planet today. And it is bombarded every day by tonnes of dust and meteorites.

It is certain that a “planet killer” is written in the future (though occurring at most once in 50 million years) — and this is taken much more seriously by international governments than is shown in the film.

There is a well-tested protocol for reporting new asteroids and comets, which is how we know about the ones passing close(ish) to Earth this month.

There are also plans to mitigate the potential consequences of an asteroid on a collision course with the Earth. These typically rely on deflecting the asteroid’s course, as trying to shoot it down last minute isn’t feasible — it would take too much energy. The launch in November of NASA’s DART mission, a technology-testing mission, will further help shed light on how to best deflect asteroids threatening Earth.

But where Don’t Look Up touches a nerve is the lack of preparedness for the emergency if (when) it finally happens and the mitigation plans have failed. Here I come back to the allegory for climate change. There is no Plan B. In the film, the slogan “Don’t Look Up” is a denial that an approaching comet will destroy the planet — it is portrayed as fake news.

I thought it was a great film. It is entertainment. But it is not fake news. We are a global community, and we must act together.

This article was originally published on The Conversation by Monica Grady at The Open University. Read the original article here.

Don’t look now — but we are currently experiencing a rash of stories about a forthcoming global catastrophe. But in a change from reports of pandemics and climate change, this global catastrophe is produced by the impact of a giant asteroid. Or comet. Or both. This may feel extra ominous given the events in the…

Don’t look now — but we are currently experiencing a rash of stories about a forthcoming global catastrophe. But in a change from reports of pandemics and climate change, this global catastrophe is produced by the impact of a giant asteroid. Or comet. Or both. This may feel extra ominous given the events in the…