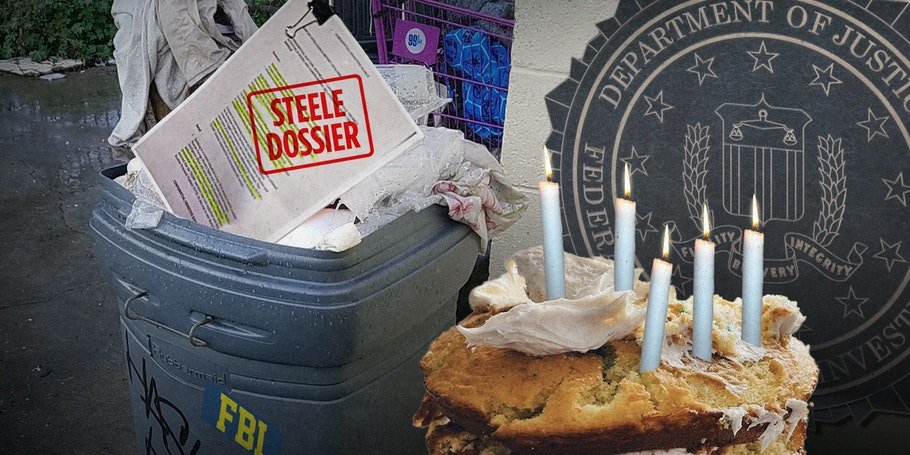 The Steele Dossier and the Damage Done

By DOUGLAS ANDREWS January 13, 2022 in Politics

On the five-year anniversary of this century’s greatest media scandal, we reflect on what we’ve lost.

Lost amid the cascading failures of the Biden administration is an anniversary that the Democrats, the FBI, and the mainstream media would just as soon not celebrate: the five-year anniversary of that steaming pile of deceit known as the Steele dossier. The Wall Street Journal’s James Freeman calls it “the greatest media scandal of our age,” and we think he’s spot-on. He writes:

Outlets like CNN and BuzzFeed flogged a bogus dossier of salacious claims funded by the Hillary Clinton campaign, even while admitting they didn’t know whether the dossier’s allegations against Donald Trump were true or false. It wasn’t necessarily that reporters had mistaken fake news for the real stuff — they simply didn’t care or acknowledge that they had an obligation to vet anti-Trump claims before disseminating them.

There’s a tendency these days to move beyond the dossier, to minimize its meaning and its destructive influence on American politics — to say nothing of the psychological damage it did to the American electorate. Think about it: In the wake of Donald Trump’s stunning victory in the 2016 election, an amazing 67% of Democrat voters, most of whom had been beguiled by whispers about the mysterious dossier and by the whole Trump-Russia collusion yarn, were convinced not just that Donald Trump had conspired with Vladimir Putin to hack Democrat Party email accounts and spread damaging truths about the ugly inner workings of their party. No, no, that overwhelming majority of Democrat voters actually believed that Russia had hacked our voting machines and changed the vote totals to elect Donald Trump over Hillary Clinton.

That’s some certifiable madness, especially given that there was never a scintilla of truth to the claim. And it laid the foundation for an unending attack on the Trump presidency — an attack waged on social, political, and legal turf, and an attack whose years-long investigation yielded not a single criminal conviction for conspiring with Russia.

And Democrats have the audacity to categorically dismiss Republican questions about how, exactly, Basement Joe Biden got more population-adjusted votes in 2020 than Rock Star Barack Obama. (REMEMBER: This election wasn’t decided by seven million votes, as Joe Biden and his fellow Democrats want you to believe; it was by decided by a razor-thin margin of 43,000 votes spread across just three key states: Arizona, Georgia, and Wisconsin. And with credible and highly detailed allegations of a massive ballot-harvesting operation now being investigated in Georgia, that ice floe of electoral certitude isn’t what it used to be.)

From the “Now They Tell Us” files, even The New York Times is quietly coming clean: “It seems we can clearly see now that the Steele dossier should never have had the life and the impact that it did,” said a Times podcast host named Michael Barbaro last month. “It should never have been used in the wiretap warrant for Carter Page, should never have been read into the congressional record, or featured on prime time segments on cable news.”

Indeed, no institution in American life is less inclined toward introspection than the fourth estate.

Here we are, then: Five years later, and Special Counsel John Durham is still investigating the investigators. And conservatives, libertarians, and sensible centrists can file this fiasco away as one more reason to never again trust the mainstream media.

If only life weren’t so nasty, brutish, and short, and if our nation weren’t beset by a two-tiered justice system, RussiaGate co-conspirators like James Comey, Andrew McCabe, and Peter Strzok would be behind bars. And Melania Trump would’ve chosen just the right evening gown for her husband’s second inaugural.

Sinema and Manchin say they won’t support eliminating the filibuster