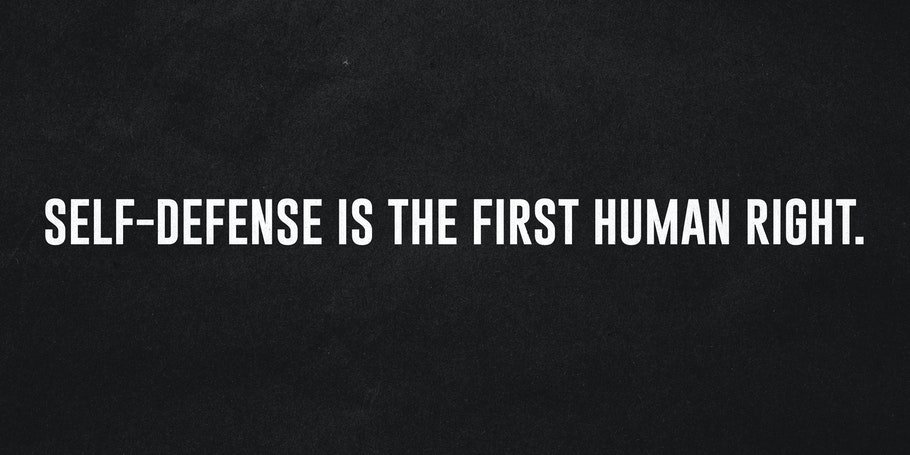 Americans legally bought more than 18 million firearms last year, and they’ve been putting those purchases to good use.

On Sunday, December 12, at 1 p.m. on Sycamore Lane in Garden Grove, California, a man with a history of domestic violence and the subject of an active restraining order broke into the home of his ex-girlfriend and stabbed her current boyfriend several times in the chest. The boyfriend survived, but his assailant escaped and, for whatever reason, was never put behind bars.

Five days later, the man returned, kicking in the door and chasing the couple into a room upstairs. This time, though, they were armed with a handgun. The boyfriend fired several shots, more than one of which found home, and the assailant died at the scene.

If ever a man had it coming to him, it was this guy. And if ever a gun-grabbing Democrat should’ve been made to explain to a law-abiding couple why they had no right to possess the handgun that ultimately saved their lives, this would’ve been the time.

This story didn’t make national news — stories like this never do — but the American people would be better off if encounters like these were widely publicized. Were it so, would-be victims would likely be emboldened by the prospect of vigorous self-defense, and would-be assailants would likely think twice before preying upon another person.

Self-defense is, after all, our first human right and our most fundamental civil liberty. And the Second Amendment to our Constitution is the guarantor of that God-given right.

To be sure, this story out of Garden Grove wasn’t a one-off. Each month, The Daily Signal publishes an article highlighting some of the previous month’s many news stories on defensive gun use nationwide — stories that the mainstream media has no interest in publishing. Stories like the one out of Bolivar, Tennessee, where an armed Domino’s Pizza employee drew his own gun and fatally shot a would-be armed robber. Or this one out of North Philly, where a merchant put a stop to a spate of armed robberies targeting Latino-owned businesses by shooting and wounding a 20-year-old man who’d tried to rob his corner store. Or this one out of Cairo, Georgia, where an elderly woman was awakened in the middle of the night to find several armed intruders. When she confronted them, she was shot, but she returned fire with her own weapon, causing them to flee. Seven suspects were later arrested.

As The Daily Signal notes, “Americans legally bought more than 18.5 million firearms in 2021, down just slightly from 2020’s unprecedented surge in gun sales but still the second-highest year for sales on record.” And, as indicated in the stories above, the American people are using them for self-defense — somewhere between 500,000 and three million times annually, according to a 2013 CDC report.

The Signal’s parent organization, The Heritage Foundation, has been keeping an interactive database of defensive gun use since 2019. As of today, it’s documented 2,061 such instances of self-defense.

As you’ve no doubt noticed by now, we have a serious crime problem in our country — a problem that the Left reflexively blames on guns. This, of course, is a lie. As our Mark Alexander has noted time and again, crime is a Democrat-induced culture problem, not a gun problem. “Criminals commit crimes,” he writes, “and until Democrats reverse course on the social policies that have devastated American families and communities for decades, the consequential violence will continue.”

In the meantime, we can be thankful for our Second Amendment, which ensures our first human right.

By DOUGLAS ANDREWS January 14, 2022 in Second Amendment Americans legally bought more than 18 million firearms last year, and they’ve been putting those purchases to good use. On Sunday, December 12, at 1 p.m. on Sycamore Lane in Garden Grove, California, a man with a history of domestic violence and the subject of an…

By DOUGLAS ANDREWS January 14, 2022 in Second Amendment Americans legally bought more than 18 million firearms last year, and they’ve been putting those purchases to good use. On Sunday, December 12, at 1 p.m. on Sycamore Lane in Garden Grove, California, a man with a history of domestic violence and the subject of an…