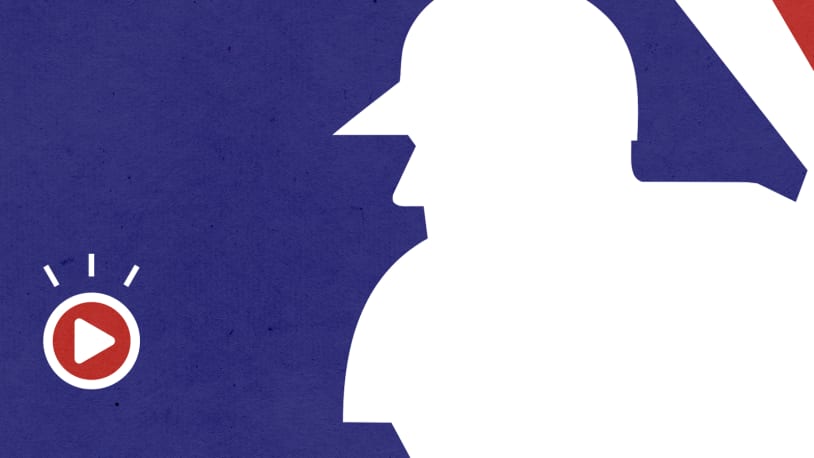 Americans need to be reintroduced to baseball. The lockout might be the perfect opportunity.

Major League Baseball has serious problems. The organization is in the midst of its first work stoppage in nearly 30 years, a lockout threatening to shorten the 2022 season. Even worse, some critics say baseball’s stubborn reliance on tradition for its own sake signals the sport’s inevitable decline.

But don’t send baseball to the showers just yet. The sport may no longer be America’s favorite pastime — it hasn’t been for decades — but it remains the nation’s second-most lucrative professional sport. Other sports have problems, too, perhaps more threatening to their long-term success. MLB, meanwhile, still has plenty to offer current and potential fans — after, of course, players and owners settle their squabble over money.

Representatives for both sides met Thursday, seven weeks after the lockout began. Nothing resembling a deal resulted. If camps don’t open in a few weeks, the March 31 start of the regular season is in jeopardy, and everyone will start losing money.

MLB’s revenues were growing before the pandemic, and they’re on track to beat the 2019 record of $10.7 billion this year. The commissioner’s office has made the dubious claim that owners and players split the money 50-50, but only two teams opened their books: the Atlanta Braves and the Toronto Blue Jays, both owned by publicly traded corporations. Other estimates put the players’ share closer to 40 percent.

Players want and deserve a bigger share of an expanding pie. They want higher MLB salaries for players too young for free agency; they want free agency to start earlier in player careers; and they’d like to reverse current incentives that urge owners to pocket their cash rather than spend it on compensation.

Beyond divvying up the money, baseball also has to repair an image tainted, perhaps unfairly, as being a boring sport with an audience that is slowly dying off. Some critics are right: The games take longer than they should. The embrace of statistics-driven strategies — exaggerated defensive shifts, relying on walks and home runs rather than playing “small ball” — can interrupt the flow of play, reducing the action on the diamond.

But baseball remains a beautiful game, and ending the lockout can be an opportunity to reintroduce Americans to what in fact is a thrilling sport. Some ideas:

In the 2022 season, MLB may feature the largest collection of generational stars since the 1960s, when the sport first fully integrated racially. Today’s greats are young or in their prime, and they encompass a global profile: Japan’s Shohei Ohtani, Venezuela’s Ronald Acuña Jr., Puerto Rico’s Carlos Correa, the “Dominican trio” of Juan Soto, Vlad Guerrero Jr., and Fernando Tatis Jr., and Americans Bryce Harper, Mike Trout, Mookie Betts, Josh Hader, and Walker Buehler. They hit the ball farther, throw it harder, and chase down plays faster than ever before. Most teams have at least one player who’s worth the price of admission, or worth changing the channel to see in action.

The players are the game. Fans want to see great competitors perform memorable feats. The sport needs to showcase them early and often. The clubs and their “product” need to bury the hatchet quickly.

Bring fans closer to the action

Video and data technology have made the at-home viewing experience comparable to being at the ballpark. With a premium sports streaming package, you can enjoy a season’s worth of action for less than it costs to see one game in person (including travel, tickets, parking, concessions, and the rest). At home, just tune in whenever you like — and you don’t have to leave early to beat the traffic.

Broadcasts are innovating, including real-time information from outfits like StatCast, which show how fast pitches rotate, which affects movement, and how hard balls are hit. Fans are getting some of the same granular information executives use to evaluate players and scout opponents. This data also is essential for other transactional followers who help finance the sport: egamers, fantasy league participants, and bettors.

More than 4 million people bought MLB The Show 21, the sport’s licensed interactive video game. Baseball pioneered fantasy sports four decades ago, and it’s a lucrative business, globally generating an estimated $20 billion in 2021 — and it is expected to grow nearly 15 percent annually over the next four years.

Then there’s sports gambling, soon to be legal in most states. The number of MLB games played and the number of opportunities to wager on a specific result — total runs in a game, a player’s boxscore, the outcome of a specific plate appearance — make baseball ideal for friendly wagers or serious bets. Last April, MLB Commissioner Rob Manfred jokingly told his NBA counterpart Adam Silver that baseball’s leisurely pace of play made it a natural for in-game betting.

Sports betting is becoming a perk for ticket holders too — there’s a sportsbook inside Nationals Ballpark in Washington, D.C., for instance. Deals with FanDuel and other online gambling sites are expected to produce more than $1 billion a year for MLB alone. Legal gambling can generate interest from casual fans and increase baseball’s appeal.

Another way to bring fans closer to the game is to virtually put them on the field. The past couple of seasons, in a few games, players wore microphones and interacted with announcers during play. Doing so more routinely would be another fun way to make the sport relatable, and offer insight into how players process information during the game.

And while we’re on the subject of getting closer to the game: Baseball has embraced the metaverse. Virtual reality developers have created VR apps that let gamers “hit” against all-time great pitchers. An entire industry is developing around VR technology to train athletes of all ages to measure their performance and improve their mechanics.

Admit it: Few of us will sit through a televised nine-inning game. MLB should acknowledge and embrace opportunities to capture even a few extra minutes of fans’ time. One way would be an MLB version of the NFL’s RedZone channel. RedZone switches from game to game when any team is in scoring position. MLB Network should offer a livelier version of its MLB Tonight program, moving quickly between games and capturing more live highlights and dramatic situations.

Other sports may face more existential threats. Concussions and other long-term head injuries resulting from routine play have football-, soccer-, and hockey-backers flummoxed. Minimizing the serious health threats may require fundamentally changing the sports in ways that make them less watchable. Basketball, like baseball, may be enjoying the greatest array of talent in a generation, but it also has a “hero ball” problem: The NBA grabs aspiring stars in their teens, often before they develop a full range of skills and learn the fundamentals of team play. You see stunning individual highlights within sloppy games.

Baseball has (often self-servingly) bragged of its commitment to tradition. But the sport has routinely evolved, including recent changes to speed up games. Baseball offers old-school fans and newcomers alike plenty of chances to watch the game on their own terms. Improving technologies can take any fan inside the action.

The Grand Old Game still has a lot of life, if the leagues decide to let the kids play.

January 14, 2022 January 14, 2022 Major League Baseball has serious problems. The organization is in the midst of its first work stoppage in nearly 30 years, a lockout threatening to shorten the 2022 season. Even worse, some critics say baseball’s stubborn reliance on tradition for its own sake signals the sport’s inevitable decline. But don’t…

January 14, 2022 January 14, 2022 Major League Baseball has serious problems. The organization is in the midst of its first work stoppage in nearly 30 years, a lockout threatening to shorten the 2022 season. Even worse, some critics say baseball’s stubborn reliance on tradition for its own sake signals the sport’s inevitable decline. But don’t…

Will 2022 bring another Miracle on Ice?