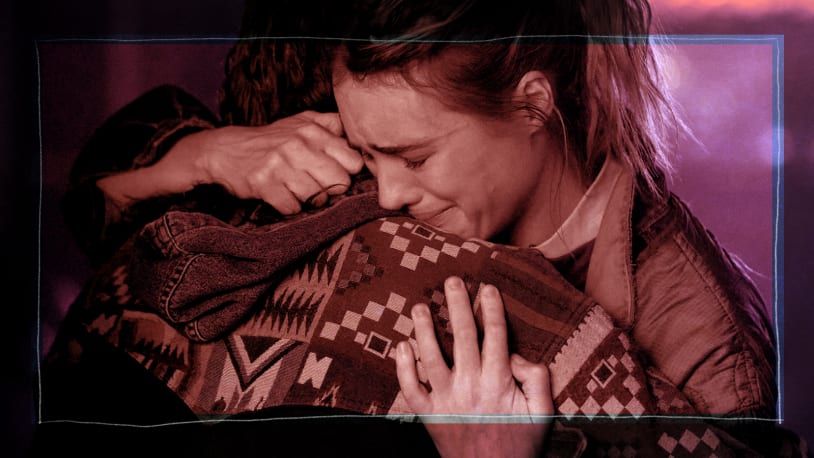 Station Eleven and the sweetness of life on Earth

The first season finale of Station Eleven, the extraordinary, lushly realized HBO Max show based on the bestselling 2014 novel by Emily St. John Mandel, was both immensely satisfying and faithful to the intricate universe the limited series created. Tragically separated protagonists are reunited, simmering grievances are buried, and an army of child suicide bombers is disbanded.

The episode, first available in the app at 3 a.m. Eastern on Thursday, is a fitting end to for Station Eleven, a series that depicts the extinction of human civilization as we know it yet somehow managed to be the year’s most hopeful work of art — a complex, heartfelt narrative poem that affirmed the ineffable beauty of being human in a broken world.

By now the standard post-apocalypse universe is familiar. As in The Road or The Walking Dead, the survivors of global catastrophe navigate a relentlessly grim landscape of ruin, beset by bands of sociopaths or cannibals, trying and failing to rebuild human communities on a small scale. The human remnants are grizzled, cynical, mistrustful of everyone they encounter, and generally with good reason. The collapse of civilization turns life into a war of all against all, a relentless battle that leaves no room for altruism. Nearly all these stories take a dim view of humanity’s likely reaction to the end of the world. Kindness is punished.

Station Eleven — for which many spoilers will follow here — is not that kind of apocalypse show. There are bandits and violence, but it’s clear that what’s left of humanity did not immediately set about forming gangs of rapists and slavers. The survivors depicted 20 years post-collapse are content, though they clearly have failed to recreate their lost civilization. An oft-repeated line from the titular graphic novel is: “I stood looking out over the damage, trying to remember the sweetness of life on Earth.” The questions the show’s characters struggle with is whether life was sweeter before or after the world’s end, how much pain they must forget to move on, and who or what from before they can keep in this new world.

An intricately plotted affair, Station Eleven defies easy summary, especially because the showrunners frequently jump between timelines within and between episodes. The series follows its characters beginning years before the apocalypse, to the night of collapse and the ensuing days and months, to 20 years later.

Kirsten Raymonde (Matilda Lawler) is a child actor who witnesses the onstage death of Arthur Leander (Gael Garcia Bernal), a movie star trying to reboot his career in a Chicago theatrical production of King Lear, and is escorted home by Jeevan (Himesh Patel), a member of the audience who can’t bring himself to leave the forgotten little girl stranded outside the theater.

No one answers the door at her family’s house, which we soon learn is because her parents are dead, like almost everyone else soon will be, from a novel, extinction-level flu virus that makes COVID look like a bad hangover. On the train, Jeevan gets a call from his sister Siya, an E.R. doctor, who warns him of the coming flu and pleads with him to barricade himself with their brother Frank in his high-rise apartment. After ringing up almost $10,000 worth of groceries, they do, and it’s clear that Siya (Tiya Sircar, who absolutely shoplifts her handful of scenes) already knows she’s as good as dead.

That’s all straightforward enough for the beginning of an apocalypse show. But on the train, we see Kirsten looking at a graphic novel called Station Eleven, and over the course of the next several episodes, we learn how it came to be in her possession.

Arthur was once married to Miranda Carroll (Danielle Deadwyler), who worked in shipping logistics and was slowly and painstakingly writing the novel on nights and weekends. During the immediate post-apocalyptic months with Jeevan and Frank, the book becomes an item of almost religious devotion for Kirsten, who clings to it fiercely and later acts as though she believes its plot is real.

When she finds out Arthur is cheating on her with his co-star Elizabeth Colton (Caitlin Fitzgerald), Miranda leaves him after giving a barnburner, dinner-party-ending speech that concludes with the line, “Burn every parasite motherf–ker alive.” Years later, just days before the pandemic, Miranda comes to Chicago to give Arthur her finished work, Station Eleven, and during their brief reunion, Kirsten wanders in. Miranda is then sent off to Malaysia by her employer, where she receives a call from Arthur’s friend Clark Thompson (David Wilmot) with news of Arthur’s death. Stricken with grief, she chooses to stay at her hotel rather then hopping on the container ship her boss has arranged to get her out of the flu’s deadly path. We don’t see her again until the finale.

Despite the unfolding pandemic (one of the show’s obvious implausibilities is that air traffic isn’t grounded), Clark gets on a plane for Arthur’s funeral, which is diverted to a fictional airport in the fictional city of Severn City, Michigan. Miraculously, no one on the plane or the airport has the flu, but another plane arrives and the sick passengers are held captive, presumably to die. Clark, his fellow passengers and some airport employees hunker down, eventually building a small, walled-off society which includes the “The Museum of Civilization,” a collection of knick-knacks, like a laptop from the lost world, housed in the airport control tower.

On the flight with Clark is Arthur’s wife Elizabeth and their son Tyler (Julian Obradors). Halfway through the series, we see Tyler is also given one of the five copies of Station Eleven. When a passenger escapes from the doomed aircraft on the tarmac, Tyler escorts him inside, where the passenger is shot to death. Elizabeth and Tyler are quarantined separately until the outraged and bitter Tyler runs away. By episode’s end, it’s clear he is the mysterious leader of the “post-pan” (those born after the pandemic) cult in the future timeline, whom we first met in the second episode. There, Tyler is known as The Prophet and has built an army of children that he calls The Undersea, urchins he has led to believe that the text of Station Eleven is a prophecy.

The central characters of the future timeline are a group of performers called the Traveling Symphony who do a recurring geographic loop around Lake Michigan they call The Wheel, stopping in surviving towns and settlements to perform Shakespeare and music. After getting separated from Jeevan a year or so after the flu, Kirsten survived on her own before stumbling into Sarah (Lori Petty), who took her into the group. Now, 20 years later, Kirsten (Mackenzie Davis) is happily traveling and performing with this adorable band of theater nerds until they encounter The Prophet/Tyler, who vows to kill Kirsten and her friends. “There is no before,” he says ominously and repeatedly.

Tyler wants to return to the Severn City Airport and destroy the Museum of Civilization as part of a project to fully erase what remains of the past. In the eighth episode, with the symphony en route to the airport at gunpoint (the Severn City group is a bit of a can’t-take-no-for-an-answer outfit), Tyler traps Kirsten and convinces her to help sneak him into the airport under the guise of being an actor. It works when they perform a scene from Station Eleven for Clark, but after blowing up the museum, Tyler is confronted by his mother, whom he still resents for what happened 20 years earlier. Clark has Tyler knocked out and chained up.

We met Jeevan again as a survivor at the end of the ninth episode, which finally tells the story of how he was separated from Kirsten: After half-jokingly posing as a doctor on a ham radio, he was abducted by a group of women looking for more skilled hands to deliver babies. Unable to find Kirsten, who had left the house they were living in, he falls in with the group, builds a life with his abductor, and actually becomes a de facto doctor, bringing full circle one of the show’s clever running gags, set up in the first episode by Jeevan’s shame-driven decision to act like a doctor while watching Lear.

The finale manages to wrap up all these threads in 59 tight minutes. First we return to Miranda, dying in her Malaysian hotel room. We see that she first started imagining Station Eleven when her family died after Hurricane Hugo, a roundabout explanation of why she was so single-minded about completing the book on her terms. Together with a colleague, she figures out how to call the pilot (also named Hugo) on the stranded Severn City tarmac plane and convince him to keep everyone on board to save those in the airport. When the sun comes up, they’re both dead.

Back in Michigan, it turns out that Jeevan is the airport’s “doctor” on call, and he is summoned, a day’s journey away, to help treat Sarah, who had a heart attack, and Clark, who was badly burned trying to save the museum. Believing Tyler is reachable, Kirsten insists he play Hamlet with Elizabeth as his mother, Queen Gertrude. Sarah dies before the performance, and Kirsten doesn’t tell the group until the show is over, after which she runs into one of Tyler’s Undersea muppets, who is ready to roll in destruct mode with a bag full of landmines. Kirsten shows the child her copy of Station Eleven and convinces her it’s just a book; Tyler and his mother reconcile; and Kirsten and Jeevan are finally reunited when they spot each other during the symphony performance after Hamlet. Tyler and his mom head out together to places unknown, while Kirsten promises to put the airport on The Wheel and asks Jeevan to bring his family the following year.

I’ve sketched out the whole season, but a simple plot recapitulation is insufficient to capture how moving this finale was. It was full of happy endings, but they were so well-earned. The actors on Station Eleven deserve a gigantic pile of Emmys, none more so than Lawler — whose incredible, layered performance as young Kirsten anchors the whole series in pathos, loss and hope — and Patel — whose journey from aimless failson to post-apocalypse family man and town doctor is portrayed with nuance, humor and restraint.

Particularly during what can feel like the darkest days of our pandemic, it was unexpectedly uplifting to be reminded that whatever is on the other side of the nightmare we’re living through, life on Earth will still be full of sweetness. We can remember the damage and yet escape with our humanity and our capacity for love, art, joy, and community intact.

Speaking only for myself, I really needed to hear it.

January 13, 2022 January 13, 2022 The first season finale of Station Eleven, the extraordinary, lushly realized HBO Max show based on the bestselling 2014 novel by Emily St. John Mandel, was both immensely satisfying and faithful to the intricate universe the limited series created. Tragically separated protagonists are reunited, simmering grievances are buried, and an army…

January 13, 2022 January 13, 2022 The first season finale of Station Eleven, the extraordinary, lushly realized HBO Max show based on the bestselling 2014 novel by Emily St. John Mandel, was both immensely satisfying and faithful to the intricate universe the limited series created. Tragically separated protagonists are reunited, simmering grievances are buried, and an army…