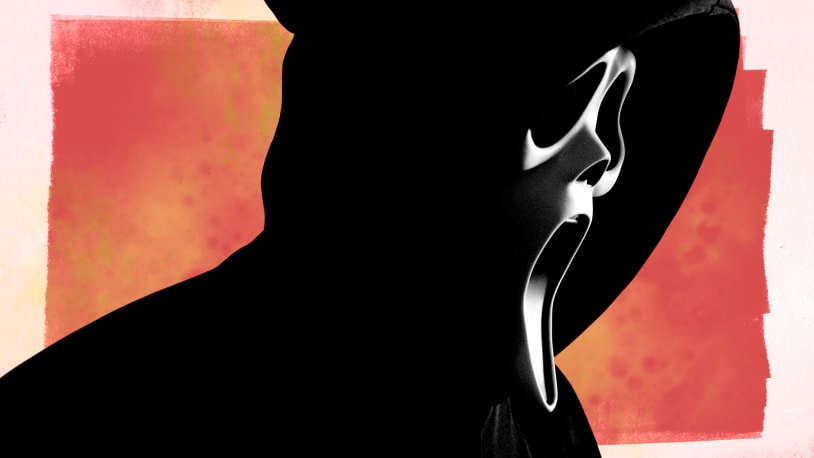 There aren’t many horror franchises where one of the biggest questions you have going into a new installment is what it will have to say about the genre itself. But that’s become the case with Scream, the meta-horror series that started with Wes Craven’s 1996 masterpiece of the same name, and which revived the outmoded slasher genre while at the same time deconstructing it, breaking down its tropes, and subverting them in a way audiences had never quite seen before.

The horror genre, of course, has changed radically — not just since Craven’s original in 1996, but since the last Scream sequel in 2011. Perhaps more importantly, the culture around movies has changed quite a bit, too. We’re now living in a world in which entitled fans build entire identities around hating new franchise installments that don’t live up to their childhood fantasies or are allegedly “too woke” because there are minorities in them — to the point that they’ll even harass the cast and demand the films be erased from canon and remade to their liking. 2022’s Scream has a lot of fun calling out that kind of toxic online fandom in a way that feels perfectly in the spirit of Craven’s original series, even if some unnecessary repetition of the franchise’s past holds it back from true greatness.

In Scream — the first film in the slasher franchise not directed by Craven following his death in 2015 — a new killer dons the iconic Ghostface mask and begins picking off victims more than two decades after the massacre in the first installment spawned endless copycats. Sam Carpenter (Melissa Barrera) and her boyfriend, Richie (Jack Quaid), are drawn into the mystery surrounding this new Ghostface after an attack on Sam’s sister, Tara (Jenna Ortega), and soon enough, some folks with experience in this area get involved: four-time Ghostface survivors Sidney Prescott (Neve Campbell), Gale Weathers (Courteney Cox), and Dewey Riley (David Arquette). The story closely adheres to the modern “requel” formula that Star Wars: The Force Awakens popularized by introducing new characters who are mentored by the original heroes in a story that goes back to basics by heavily drawing on the first film — a combination of a sequel and a reboot.

But this is Scream, so deconstructing that formula is very much the point. If the first movie offered a meta-commentary on slashers, the second on sequels, the third on trilogies, and the fourth on remakes, then the new Scream is a commentary on “requels.” Beyond pointing out the tropes associated with this trend as seen in films like 2015’s Jurassic World and 2018’s Halloween, Scream roasts the insufferable fans who grow outraged when a new franchise installment tries something different, and in doing so, breaks from their personal fan fiction. (Look no further for a real-world example than the endless YouTube videos whining about Star Wars: The Last Jedi after director Rian Johnson took the story in bold new directions.) An early scene in Scream sees our characters break down the rise of the requel, leading them to speculate the new Ghostface killer may be a diehard fan of Stab — the movie-within-the-movie that serves as a stand-in for the Scream franchise — hoping to bring their fan fiction to life because they hate the recent sequels. The cheeky cherry on top: The director of the new Stab film that fans hate is … The Last Jedi‘s Rian Johnson.

Whether franchise disgruntlement is the killer’s true motivation will be revealed as the film progresses, but suffice to say, the conceit makes for commentary as funny and timely as you’d want out of a Scream entry. Toxic fandom has genuinely become a major problem in the entertainment industry, to the point that it actually gets in the way of sequels that might otherwise challenge the audience, as when Star Wars: The Rise of Skywalker reversed certain plot reveals from its predecessor after YouTubers complained. The fact that Scream is coming out two months after Ghostbusters: Afterlife — which wallowed in nostalgia and an excessive reverence for the original film while erasing Paul Feig’s female-led reboot that fans threw a hissy fit over — couldn’t be more pointed and perfect.

Granted, Scream could have explored this idea more thoroughly, and the concept may have hit harder if it actually was the kind of boldly original reinvention the fans it satirizes might reject. While the story includes at least one potentially controversial turn, rarely does it subvert slasher expectations the way the original did by, for example, having its “final girl” lose her virginity and still survive, breaking the longstanding genre convention that sex leads to death.

The film not only follows numerous beats from the original Scream — to the point of having its climax take place in the exact same house — but it’s at times also overly reminiscent of its most recent sequel, Scream 4. That 2011 movie, the last that Craven directed before his death, was technically about remakes, but there was a good amount of crossover with “requels” considering it also brought in a new generation of characters alongside the original cast. As a result, parts of the “requel” deconstruction in Scream feel like territory the series already covered when it accidentally predicted the trend a few years early, and it’s a bit much to have two back-to-back installments based around revisiting the 1996 film.

Still, the addition of the toxic fan angle at least somewhat differentiates it from prior movies, and Scream also smartly acknowledges the way the genre has evolved since Scream 4, complete with discussions about so-called “elevated horror” movies like The Babadook and It Follows. And thankfully, though Scream‘s scares tend not to be all too memorable, it understands that this franchise is fundamentally a murder mystery. The film puts an appropriate amount of effort into making the unraveling of Ghostface’s identity a fun whodunnit with tons of red herrings.

The first Scream was such an original breath of fresh air that there is likely no way any sequel will recapture that feeling again. But it did spawn what might be the most consistently enjoyable slasher series of all thanks to the conceit of having a new killer, a new set of motivations, and a new observation about the evolving entertainment industry each time. While the fifth round doesn’t reach the heights of Craven’s first, its incisive meta-commentary offers enough reason to have brought the franchise back from the dead once more.

January 13, 2022 January 13, 2022 There aren’t many horror franchises where one of the biggest questions you have going into a new installment is what it will have to say about the genre itself. But that’s become the case with Scream, the meta-horror series that started with Wes Craven’s 1996 masterpiece of the same name, and…

January 13, 2022 January 13, 2022 There aren’t many horror franchises where one of the biggest questions you have going into a new installment is what it will have to say about the genre itself. But that’s become the case with Scream, the meta-horror series that started with Wes Craven’s 1996 masterpiece of the same name, and…

Station Eleven and the sweetness of life on Earth