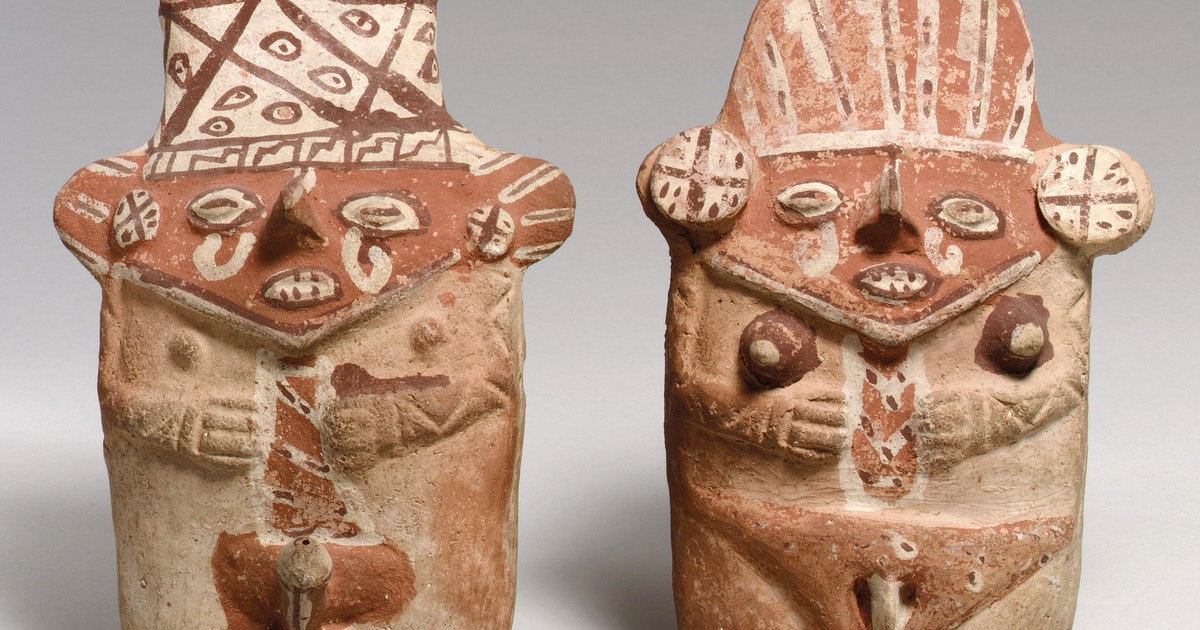 In The Prince, Machiavelli advises would-be tyrants to rule their kingdoms by making subjects both fear and love them, in that order. He doesn’t mention anything about hosting extravagant feasts where everyone hallucinates together, but this strategy seems to have worked exceedingly well for one of the world’s most successful empires: The Wari, who ruled what is now Peru, a millennia ago.

Long before Columbus arrived in the “New World,” South America was home to vast empires. Some 600 years-worth of evidence suggests some imperial houses used both hallucinogens and alcohol to maintain their power, and one such drug is vilca. Vilca, or Anadenanthera colubrina, is a plant that grows in dry, tropical forests like Ayacucho. Its earliest known use dates back to 2000 B.C.E. in northern Argentina. This legume-producing plant, it seems, may have been key to the Wari’s power.

What’s new — In a study published the Journal of Antiquity on Wednesday, archaeologists reveal the first evidence of vilca being used among the Wari people. It seems the Wari blended the use of drugs and alcohol — marking a pivotal time period in South American history when cultural practices began to shift.

“This is the first time in a Wari context that we have it in an archeological sites where people were living and doing their day to day lives,” says Matthew Biwer. Biwer is an archaeology professor at Dickinson College and the paper’s first author.

The study states that during the Formative period (900–300 B.C.E.), civilizations throughout South America primarily used only hallucinogens to solidify their alliances, power, and ritual. But by the Late Horizon, around 1450– 1532 C.E., alcohol had supplanted hallucinogens as the preferred psychoactive substance of the ruling elite. The Wari fall during the Middle Horizon (600–1000 C.E.) — and it seems they ingeniously combined hallucinogens with alcohol.

The Wari’s chosen beverage is known as chicha de molle. Chicha is a catchall term for alcoholic drinks in South America, and molle refers to the type of berry such drinks are made from. The result is a peppery beer. The Wari took chica de molle further by crushing vilca into the beer and drinking the heady cocktail in large, communal gatherings. The Wari elite, the study shows, controlled access to this potent brew — and in turn, they controlled their empire.

Why it matters — Vilca served a vital purpose in Wari culture. The Wari threw huge feasts, inviting people from all over their dominion. At the feasts, they would eat, drink, dance, and share the spiritual experience of consuming vilca via the spiked chicha de molla.

Such euphoria did more than make for an interesting evening. Feasts are culturally significant throughout Andean cultures. A feast is a signal of status and power and they can foster a relationship where the attendees end up indebted to the hosts. The Wari, for their part, would provide guests with potatoes, corn, peanuts, and more — but by inviting people to collectively consume a substance gathered 400 kilometers from their home base, they not only stated their power and influence over a vast region but also cemented their role as gatekeepers to the spiritual world.

“There’s political power in being able to acquire and use these hallucinogenic substances and providing these experiences,” Biwer continues. “I think it provides a really good example of the connection between politics, drug use, intoxication, and the social bonds.”

These parties, then, served to strengthen the Wari Empire itself. Basically, getting drunk and high together can really boost morale.

Digging into the details — Vilca still exists and it is still used today to provide hallucinogenic experiences. According to Biwer, it’s still used ritually in parts of the Amazon in Peru.

Vilca’s main active substance is bufotenine, a compound related to the neurotransmitter serotonin, while it also contains a psychedelic compound called dimethyltryptamine.

“What I’ve read from ethnographic sources is that you get a very strong sensation of flying,” Biwer says.

The feasts themselves took place likely in interior patios. The Wari lived within a walled enclosure and others would be invited inside these citadels. Upon entering the party patios, sounds and smells would overwhelm the senses. As attendees ate and drank, at some point everyone would consume the vilca-beer potion, and then the fun would really begin, the researchers think.

Guests would dance, and also commune with the spirits they saw present in all parts of nature. By firelight, they would dance with their own shadows projected onto the walls. These bangers likely lasted hours through the night. Hopefully the next morning everyone was able to get the Pre-Columbian equivalent of McDonald’s.

What’s next — Biwer, for his part, is turning his attention back to chicha of all kinds. Its clear chicha was culturally significant to the Wari, but questions remain about how widespread the use of the drink was, and how many types of brew there were being drunk across the ancient Americas, and for what reason.

Beyond that, this study offers important insights into how cultural habits shift, and the role that consumption — and trust — plays in the forging of social bonds, power dynamics, and cooperation.

The next time you’re offered a beer or a joint at a party, think about what kind of experience your host is curating. They just might be trying to fortify their social circle.

Abstract: In the pre-Columbian Andes, the use of hallucinogens during the Formative period (900–300 BC) often supported exclusionary political strategies, whereas, during the Late Horizon (AD 1450– 1532), Inca leaders emphasised corporate strategies via the mass consumption of alcohol. Using data from Quilcapampa, the authors argue that a shift occurred during the Middle Horizon (AD 600– 1000), when beer made from Schinus molle was combined with the hallucinogen Anadenanthera colubrina. The resulting psychotropic experience reinforced the power of the Wari state, and represents an intermediate step between exclusionary and corporate political strategies. This Andean example adds to the global catalogue documenting the close relationship between hallucinogens and social power.

In The Prince, Machiavelli advises would-be tyrants to rule their kingdoms by making subjects both fear and love them, in that order. He doesn’t mention anything about hosting extravagant feasts where everyone hallucinates together, but this strategy seems to have worked exceedingly well for one of the world’s most successful empires: The Wari, who ruled…

In The Prince, Machiavelli advises would-be tyrants to rule their kingdoms by making subjects both fear and love them, in that order. He doesn’t mention anything about hosting extravagant feasts where everyone hallucinates together, but this strategy seems to have worked exceedingly well for one of the world’s most successful empires: The Wari, who ruled…