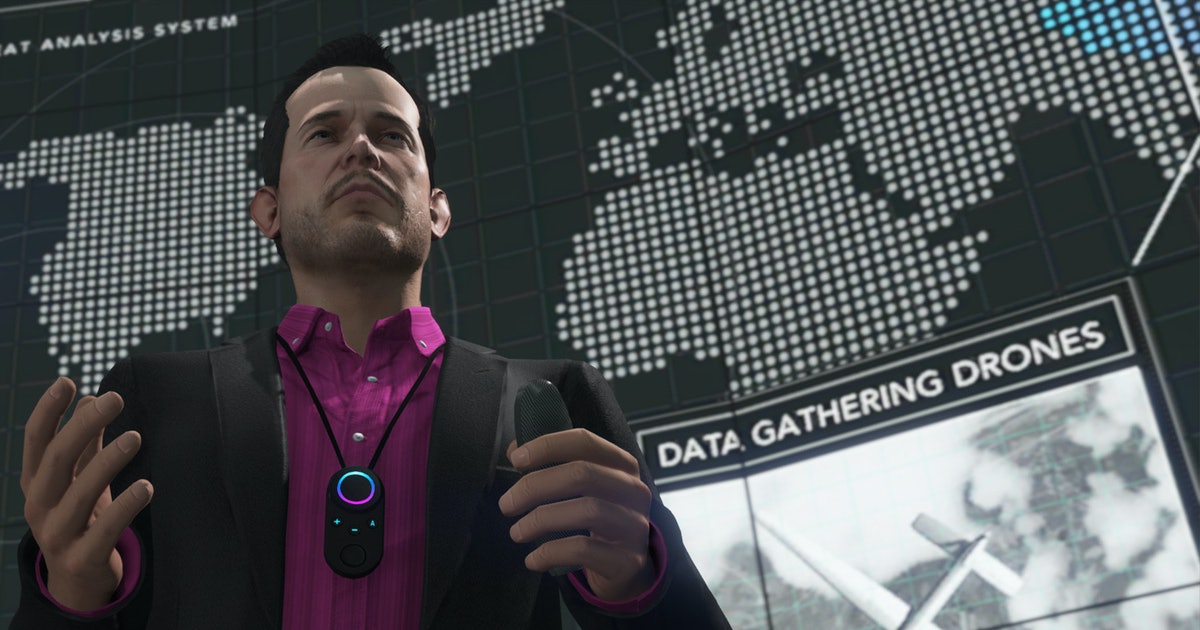 What are NFTs in video games? 9 publishers on the future of the technology

NFTs invaded the gaming lexicon at the end of 2021 and will no doubt become one of the hottest topics across a multitude of industries in 2022. If you’re still confused as to why gaming is riding on the blockchain or whether this is a good or a bad thing for games and gamers, the jury is still out. But it’s a good idea to get a firm grasp now about what the industry’s most perplexing new trend means. We’ll unpack what NFTs are, how they might become present in games, and what publishers like EA, Ubisoft, Square Enix, and others have said about featuring them in their design portfolios.

What are NFTs in games?

Regardless of whether it’s used in gaming or elsewhere, the acronym NFT refers to a “Non-Fungible Token” for a digital item. It sounds a bit complicated in name, but the idea is actually fairly simple. An NFT is a certificate of ownership of a digital good that’s supposed to be made in a limited quantity. They can be attached to digital pictures or memes, video clips, or even something as abstract as the original source code for the World Wide Web. If something is “fungible” then it is a mutually interchangeable commodity — like a dollar bill.

No matter what form it takes, when you have an NFT for a specific digital item, you own the certified token for it on a digital ledger or blockchain. Simply put, you get a specialized link that proves your connection to that digital asset. Just like someone can own a highly valuable car in the real world, NFTs offer an opportunity to claim a small slice of the digital landscape.

It’s like owning the deed to something that exists purely on the internet.

Especially when it comes to gaming, large corporations see NFTs as an avenue to make a continuous revenue stream out of digital content. For example, if a rare Fortnite skin were offered as an NFT, a player could be the first to unlock the skin in-game and then take ownership of it. Once they do, the token for that skin can then be resold to the highest bidder, potentially for a lot of money. Regardless of how much the skin sells for, its original makers at Epic Games would still take a cut of that payout, and it can be resold by the new owner to additional owners in perpetuity with Epic hypothetically taking a cut every single time.

Aside from attaching NFTs to any game that sells cosmetic skins, it’s equally easy to see how NFT principles might be applied to card-collecting games like the Ultimate Team modes featured across EA Sports titles. Essentially every card in the mode could be its own NFT, and then you could sell ownership of any card in your deck to other players, with Electronic Arts taking a cut of auctioned sales.

So, in addition to getting paid for a gamer purchasing the pack from which rare cards originally came, EA could theoretically open up an entirely new revenue stream based entirely on resales of those rare cards for as long as NFTs are viable. While there has long been a “black market” of sorts for folks selling Ultimate Team accounts that feature rare cards for real money, NFTs serve as the publisher’s opportunity to take their own slice of that profitable pie.

None of the above-listed examples exist yet, but those with a passing interest in the games industry can likely see where this train goes. Big game publishers love the idea of NFTs because they unlock the possibility of making lots of money on items that are scarce. We’ve already seen recent trends like time-limited cosmetics become the norm, but what if publishers could get away with only selling so many of a certain skin or card? The demand for those items would skyrocket, creating an active marketplace.

NFTs are poised to be the next evolution of in-game microtransactions. We’ve seen this concept progress from loot boxes to battle passes, and, now that the latter trend has become a bit stale, bean counters see NFTs as the next best way to siphon money from FOMO-suffering fans.

Could a game publisher technically make its own auction house without necessarily relying on the blockchain to do it? Absolutely. But NFTs are a special beast because they combine ongoing cash flow with investors’ recent interest in blockchain initiatives. If corporations can please investors and make money at the same time, they’ll be okay with taking the NFT route to do it.

What are 9 game companies saying about NFTs in gaming?

Given how much potential cash is on the table, it’s no secret that some of the industry’s largest publishers have talked a lot about NFTs in recent days. Here are some positive and negative quotes about NFTs that are worth remembering.

“We understand where the [negative] sentiment towards the technology comes from, and we need to keep taking it into consideration every step of the way. This experiment is meant to understand how the value proposition of decentralization can be received and embraced by our players. We know it is a major change that will take time.”

“I think that in the context of the games we create and the live services that we offer, collectible digital content is going to play a meaningful part in our future. So, it’s still early to tell, but I think we’re in a really good position, and we should expect us to kind of think more innovatively and creatively about that on a go-forward basis.”

7. Square Enix: In a January 1, 2022 letter from Square Enix President Yosuke Matsuda, he took aim at the large group of players who “play to have fun” that dislike the use of NFTs.

“I realize that some people who ‘play to have fun’ and who currently form the majority of players have voiced their reservations toward these new trends, and understandably so. However, I believe that there will be a certain number of people whose motivation is to ‘play to contribute,’ by which I mean to help make the game more exciting. Traditional gaming has offered no explicit incentive to this latter group of people, who were motivated strictly by such inconsistent personal feelings as goodwill and volunteer spirit.”

6. Hazelight Studios: Speaking from the perspective of a smaller indie developer, Hazelight Studios founder Josef Fares told The Washington Post he’d “rather be shot in the knee” than force NFTs into award-winning titles like It Takes Two.

“Whatever decision you take in a game, where you have to adjust the design to make the player pay or do something that makes you want him to pay money, that is wrong, if you ask me. If you make a game [with the goal of telling] a story, I think it’s wrong. Now, if you ask a big CEO that runs a company, he would say I’m stupid because companies are about making money. But I would still say no. For me, gaming is art.”

5. Zynga: In November of 2021 Zynga VP of Blockchain Gaming Matt Wolf spoke at length about the possibilities of NFTs in the company’s future. Zynga is now under the Take-Two Interactive umbrella.

“Web3 token-based systems will allow us to innovate and deliver new forms of player value in our games, while also transforming how players interact with each other. By creating an integrated experience that enables players to become owners in their gaming journey, our goal is to expand Zynga’s audience reach and drive stronger engagement and retention. Above all, we are focused on maintaining a secure, inclusive, and eco-friendly approach while harnessing this technology to enhance our player experience.”

4. Take-Two Interactive: The publisher behind the Grand Theft Auto, Red Dead Redemption, and NBA 2K franchises was equally bullish about NFTs in its own right. Speaking at the Gamesbeat Summit in November 2021, CEO Strauss Zelnick explained why he thinks NFTs are a great fit for his properties.

3. Xbox: In November 2021, Xbox Executive VP of Gaming Phil Spencer offered Axios a more cautionary statement on the future of NFTs in games.

“What I’d say today on NFT, all up, is I think there’s a lot of speculation and experimentation that’s happening, and that some of the creative that I see today feels more exploitive than about entertainment.”

2. Sega: At a December 2021 management meeting, Sega CEO Haruki Satomi was equally cautious about the future of NFTs, saying he would pull out of the venture if its audience disliked it.

“We need to carefully assess many things such as how we can mitigate the negative elements, how much we can introduce this within the Japanese regulation, what will be accepted and what will not be by the users. Then, we will consider this further if this leads to our mission ‘Constantly Creating, Forever Captivating,’ but if it is perceived as simple money-making, I would like to make a decision not to proceed.”

1. Epic Games: Despite being used as an example above, Epic Games CEO Tim Sweeney tweeted in September 2021 that his company won’t feature NFTs in its games. However, Epic is “open to games that support cryptocurrency or blockchain-based assets” on the Epic Games Store platform if they’re made by other developers.

“We aren’t touching NFTs as the whole field is currently tangled up with an intractable mix of scams, interesting decentralized tech foundations, and scams.”

NFTs invaded the gaming lexicon at the end of 2021 and will no doubt become one of the hottest topics across a multitude of industries in 2022. If you’re still confused as to why gaming is riding on the blockchain or whether this is a good or a bad thing for games and gamers, the…

NFTs invaded the gaming lexicon at the end of 2021 and will no doubt become one of the hottest topics across a multitude of industries in 2022. If you’re still confused as to why gaming is riding on the blockchain or whether this is a good or a bad thing for games and gamers, the…