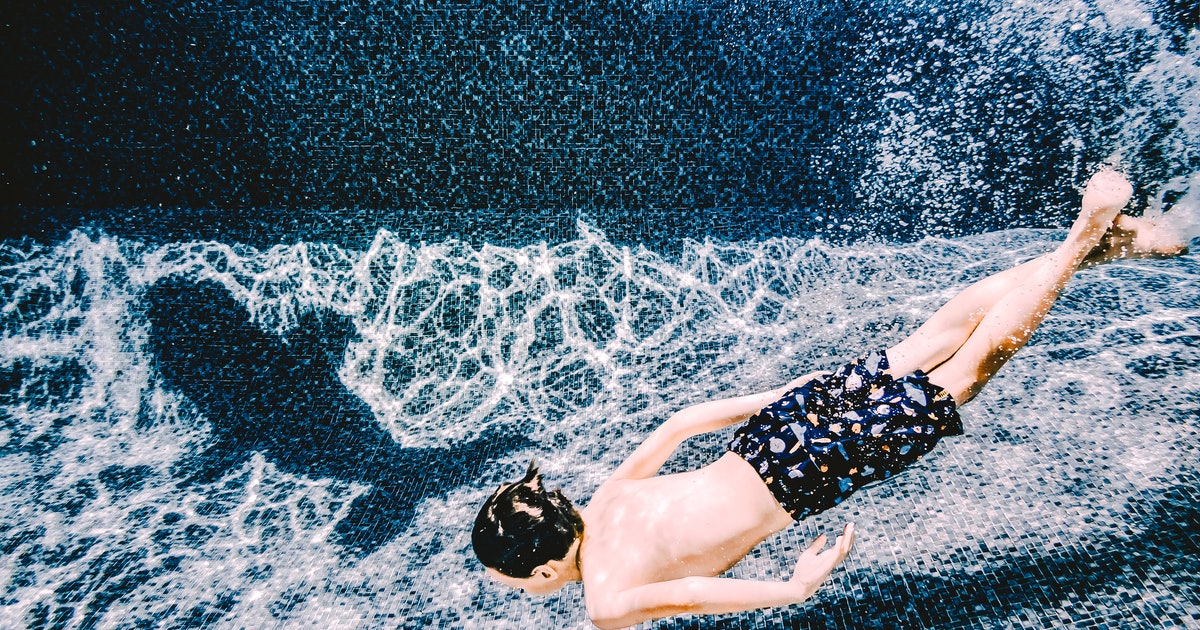 Scientists discover a strange, anatomical similarity between dolphins and humans

The human body is a fascinating and terrifying pile of blood, guts, water, bone, microorganisms, and other miscellaneous tissue. What’s even more terrifying: Learning about our bodies for the first time as a pimply 12-year-old in your middle school’s sex education class.

If you weren’t among the unfortunate few subjected to totally ineffective abstinence education, you might have instead been shown how to put a condom on a banana. It’s a limited knowledge base, to say the least. This is especially true when it comes to vaginas — in 2013, a study of 236 college-aged respondents found that 44 percent of male respondents couldn’t properly identify a clitoris.

But scientists are learning a lot about the science of female sexual evolution that could help us better understand and acknowledge our own. I’m Ashley Bardhan, newsletter writer at Inverse. Your body is weird in a good way, and so are these science stories.

This is an adapted version of the Inverse Daily newsletter for Tuesday, January 11, 2022. Subscribe for free and earn rewards for reading every day in your inbox. ✉️

Some sources of knowledge are unexpected. Others are 34 dead dolphins and their respective clitorises. According to a recent study published in Current Biology, that indeed was conducted on 34 dead, dissected dolphins, it turns out that the dolphin clitoris plays a key role in female dolphins’ social behavior and sexual pleasure. It also isn’t too different from a human clitoris.

“Dolphins, like humans, mate for reproduction, but also to maintain social bonds,” writes Tara Yarlagadda. “The researchers note female dolphins will often rub each other’s clitorises using their snouts or flippers for sexual stimulation, too, suggesting a homosocial function for the clitoris.”

Although a somewhat strange study, all dolphins considered, it could be critical for “understanding a historically ignored sexual organ,” writes Yarlagadda.

A giant asteroid is heading our way. But before you prepare your final goodbyes, don’t worry — although you might catch a glimpse of the behemoth space rock, our planet will remain perfectly unchanged by its visit.

“Asteroid (7482) 1994 PC1 is 1.1 kilometers in diameter — that’s two and a half times as tall as the Empire State Building,” writes Passant Rabie. “This giant space rock will speed by the planet on January 18 at a safe distance of 1.2 million miles, and that may be close enough for some amateur astronomers to catch a glimpse of it from their backyards.”

The asteroid orbits the Sun and is relatively close to Earth, which prompted NASA to label it a “potentially hazardous” object. But as Netflix-movie-worthy as a collision might be, no problems are likely to arise.

Speaking of: SpaceX sent a NASA spacecraft directly into an asteroid (on purpose)

“The James Webb Space Telescope is a lesson in the delicacy of scientific instruments,” writes Inverse managing editor, Claire Cameron. “One of the most probable things to cause the Webb damage now and for the entirety of the mission? Pieces of space dust weighing less than a gram.”

Like the Hubble Telescope, the Webb telescope is likely to be battered by meteorite fragments, or micrometeorites, and other little space objects, which can pit the body of the telescope or harm its mirrors.

Since the Webb telescope will be maintained remotely, nothing will stop the telescope from sustaining damage. But parts of the telescope are tougher than they look, and it isn’t so incapable of taking a few measly little hits, either.

Oh no! Our telescope!

Junk aside: The James Webb Space Telescope’s primary mirror is “all deployed”

“Dry January” was started by the U.K. charity Alcohol Change in 2013, mostly to see if quitting alcohol for just a month could have an effect on long-term health. From that first January in 2013, Alcohol Change reports that even after six months, seven out of ten people continued to drink “less riskily.”

In the seven years since the first Dry January, the challenge has boomed and participation grew. As of 2020, 4 million people globally have taken part in Dry January, and further research has backed up Alcohol Change’s initial claim — Dry January can lead to health benefits that last longer than one month.

Some of those benefits are invaluable, like a better night’s sleep, more money saved, and improved mental health.

Go deeper: Why some people drink alcohol even though it will hurt them

SpaceX CEO Elon Musk has big plans to go to Mars, but first, he needs to finish building his rocket ship. The rocket in question, Starship, is still under construction, and until the Federal Aviation Administration says so, it’s unclear when it will get a chance to fly. But at least one crucial aspect of Musk’s aspirational Mars mission is underway.

“On Sunday, CEO Elon Musk shared a video of the launch tower for the under-development rocket via Twitter,” writes Mike Brown. “Located at the company’s Texas facility, the tower will support both launching and catching the giant rocket — which will help SpaceX achieve a rapid turnaround time for the fully-reusable vehicle.”

In SpaceX’s best-case scenario, the launch tower will see a lot of use. “SpaceX may host its orbital flight later in 2022,” writes Mike Brown. “Musk has publicly stated on multiple occasions that he aims to send the first humans to Mars sometime in the 2020s, with an ultimate end goal of establishing a city on Mars by 2050.”

…Eventually: Elon Musk reveals ambitious timeline for getting to Mars

The human body is a fascinating and terrifying pile of blood, guts, water, bone, microorganisms, and other miscellaneous tissue. What’s even more terrifying: Learning about our bodies for the first time as a pimply 12-year-old in your middle school’s sex education class. If you weren’t among the unfortunate few subjected to totally ineffective abstinence education,…

The human body is a fascinating and terrifying pile of blood, guts, water, bone, microorganisms, and other miscellaneous tissue. What’s even more terrifying: Learning about our bodies for the first time as a pimply 12-year-old in your middle school’s sex education class. If you weren’t among the unfortunate few subjected to totally ineffective abstinence education,…