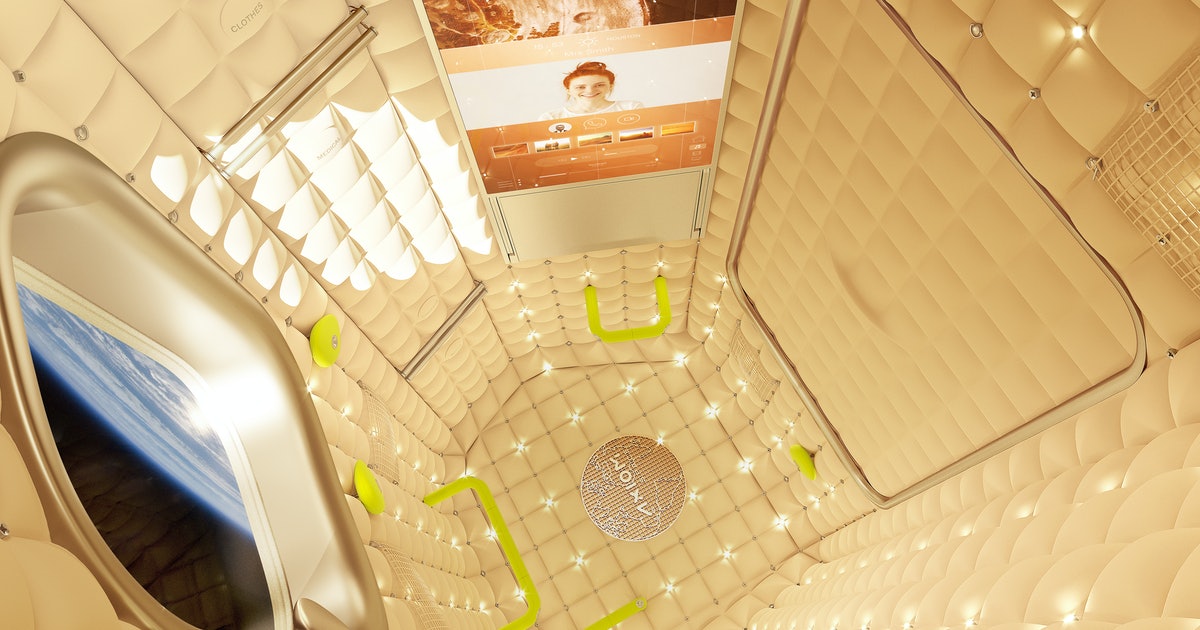 Axiom Space could create the successor to humanity’s most iconic space station. The Houston-based firm plans to fly civilians on a series of private missions to the International Space Station. These missions would act as a stepping stone to a fully-fledged, private, independent space station.

It’s a fascinating twist in the new space race, which includes private companies alongside national agencies. While most attention has gone to rocket launch companies like SpaceX and Blue Origin, Axiom Space is an example of a company in another area that’s also crafting an exciting vision of humanity’s future in space.

Comments from Blue Origin founder Jeff Bezos in May 2019 demonstrate why this is valuable. He explained that a company like Amazon could only emerge after the previous infrastructure was established, like the postal service and credit cards. Blue Origin, he said, would help develop the infrastructure to reach space so an imaginative entrepreneur could venture further in the future.

With Axiom Space, which depends on rocket launch companies to power its space station, that vision could take a big step forward.

The end goal is to use the private space station for commercial purposes. It could offer such amenities as a luxury hotel, a factory floor, or even a media production facility. The company’s website argues that “microgravity is the most promising environment for innovation and problem-solving since the Internet.”

As NASA has only cleared the ISS for operations until 2030, it might even be a successor.

Want to find out more about Axiom Space’s plans to develop a new space station? Read our full interview with Christian Maender, director of in-space manufacturing and research at Axiom Space, only in MUSK READS+.

Axiom Space was founded by Michael Suffredini. He has experience in this area: from 2005 to 2015, Suffredini was NASA’s International Space Station program manager.

After completing the ISS and working through its transition to better supporting commercial partners, he got together with entrepreneur Kam Ghaffarian to answer the question of what comes next. Ghaffarian founded Stinger Ghaffarian Technologies, which in 2014 was described by SpaceNews as “NASA’s main space station support contractor.”

Suffredini announced the company on June 22, 2016, at the NewSpace conference in Seattle.

“Our long-term mission is to make living and working in space commonplace for all, and to create a means to deep space exploration,” Suffredini told Inc at the time.

In February 2021, Suffredini indicated that the privately-owned company was now worth more than $1 billion.

What is the plan for Axiom Space’s private missions?

The first mission is scheduled to launch on February 28, 2022. The 10-day mission will see the four-person crew spend eight days at the ISS.

“They’re planning on filling most of their time with science, believe it or not,” Christian Maender, director of in-space manufacturing and research at Axiom Space, told The Verge. The four will conduct a total of 25 research projects.

What is the plan for future space station missions?

The goal is to send a mission to the space station every six months. Each of these missions could take anywhere from 10 days to 60 days.

“The goal of our precursor missions is not just to fly customers; it’s really about demonstrating capabilities that we’ll ultimately need for our Axiom station,” Maender told Inverse in February 2021.

The missions will help Axiom Space practice skills, build relationships with necessary partners, and eventually help it to start building the station.

What is the relationship between Axiom Space and SpaceX?

SpaceX is one of Axiom Space’s many third-party partners. Axiom Space has signed deals with Elon Musk’s spaceflight firm to complete its missions.

Where SpaceX uses its rockets and capsules to support these missions, it’s Axiom Space that hosts the missions.

Axiom has also signed deals with NASA to support the first private mission. This will mean Axiom purchases services from NASA like crew supplies. Its website also lists big names like Boeing and Airbus among its partners.

How much will it cost to fly on a private space mission?

The Verge reports that the four passengers on the first flight each paid $55 million to take part in the Ax-1 mission.

When will Axiom Space’s private space station be built?

Axiom documents indicate the timescale for the space station. It would attach these modules to the International Space Station before eventually detaching as an independent station at an as-yet undecided date.

Maender told Inverse in February 2021, however, that Axiom Space would detach from the ISS based on a number of factors. This includes commercial partnerships and when the partners want to retire the ISS.

What will people do in Axiom Space’s space station?

Maender explained to Inverse in February 2021 that the company envisions six revenue streams:

The company is not the only one looking to build its own space station. Orbital Reef, a proposal developed by Blue Origin and others, will launch in the latter part of the 2020s and act as a mixed-use business park.

Through these proposals and more, the idea of a business address in space looks closer than ever.

Axiom Space could create the successor to humanity’s most iconic space station. The Houston-based firm plans to fly civilians on a series of private missions to the International Space Station. These missions would act as a stepping stone to a fully-fledged, private, independent space station. It’s a fascinating twist in the new space race, which…

Axiom Space could create the successor to humanity’s most iconic space station. The Houston-based firm plans to fly civilians on a series of private missions to the International Space Station. These missions would act as a stepping stone to a fully-fledged, private, independent space station. It’s a fascinating twist in the new space race, which…