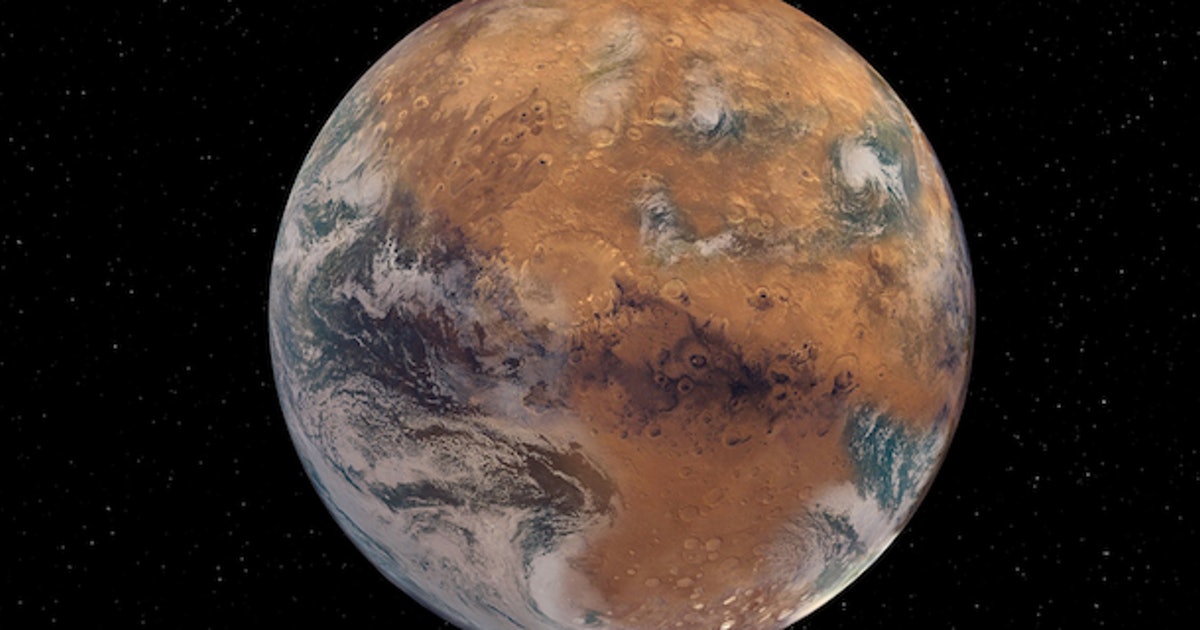 Mars is a busy world. The Red Planet is currently buzzing with orbiting spacecraft, roaming robots, and flying helicopters, united in one ongoing mission: uncovering different parts of Mars’ potential habitability by probing its atmosphere, rocky surface, and subsurface composition.

Scientists believe Mars poses the first real opportunity to look for life beyond Earth, and we are ever so close to finding out whether we are alone in the universe. Inverse breaks down the ongoing missions on the Red Planet, missions that are launching, and what to expect from the Red Planet in 2022.

NASA’s Perseverance rover has been roaming the Martian terrain for more than 300 sols (or Martian days) now.

The car-sized robot landed in the Jezero Crater, a 500-meter-deep crater located in a basin slightly north of the Martian equator.

Since arriving at its interplanetary destination in February 2021, the rover has kept busy. Perseverance collected its first two samples from the Red Planet after drilling through a rock nicknamed Rochette.

By December 2021, Perseverance had extracted its sixth sample from Mars. But the rover has a total of 43 sample tubes to fill, which it will stow away for a future sample return mission that will make its way from Mars to Earth. (A recent attempt at a seventh sample didn’t quite work due to an obstruction.)

Perseverance has made its way to Jezero Crater’s geological unit Séítah, where it will interrogate the planet’s geology and climate during Mars’ ancient past.

The mission will also test out conditions for possible human exploration of Mars by trialing a method of producing oxygen from the Martian atmosphere, characterizing environmental conditions such as water and dust on Mars, and looking for resources for future explorers.

Meanwhile, Perseverance’s predecessor will spend its tenth year on Mars looking for clues to the planet’s past habitability.

NASA’s Curiosity rover landed on Gale Crater on August 6, 2012, and has made some significant discoveries, including finding organic molecules on Mars.

But the rover won’t stop now. Curiosity continues to blaze through Mars’ rocky surface. The Martian robot is exploring Mount Sharp, the central peak in Mars’ Gale Crater that reaches up to three miles above the valley floor. This area contains clues as to how the Red Planet changed over time from possibly being a warm, wet, and potentially habitable world to today’s dry, desolate, and dusty planet.

Curiosity will be studying more samples from Mount Sharp and capturing the beauty of the Red Planet through its famous panoramic photos.

Perseverance and Curiosity aren’t the only two robots on Mars.

In February 2021, China’s Tianwen-1 Mars mission entered Martian orbit and unleashed a new rover onto the Red Planet. The mission’s rover, named Zhurong, landed on Mars in May. The solar-powered rover has driven slowly at 200 meters per hour for a total of 4,593 feet across Mars.

It has six wheels and weighs about 530 pounds, about a quarter of the SUV-sized Perseverance rover. The Tianwen-1 mission is China’s first successful interplanetary mission, and is tasked with solving one of the biggest mysteries surrounding Mars — its ancient water. The Zhurong rover will look for water underneath the Martian surface that any form of life could potentially have lived within. It will also look for evidence of Mars’ past climate on the surface.

The rover has six science instruments designed to study the topography, geology, soil structure, minerals, rocks, and atmosphere of Mars.

In 2022, we will also see a new mission make its way to Mars. The European Space Agency and partner Russian Roscosmos will launch the ExoMars mission during a launch window between September 20 and October 1.

The mission will release the Rosalind Franklin rover on Mars’ Oxia Planum, an area believed to have contained ancient water during Mars’ past and could have possibly harbored life. The rover will look for potential ancient microbial life on Mars, drilling beneath Mars’ surface to look for signs of water. It will also look for chemical biosignatures such as organic molecules.

All of these rovers will operate on different parts of Mars, never crossing paths with one another. They each landed on a different part of the Red Planet, exploring a different aspect of Martian history. Other than that, they’re quite slow in making their way around Mars. Before its mission ended, NASA’s Opportunity rover had only covered about 26 miles on Mars, which brought it nowhere near where Curiosity was when it first landed.

But the missions all have a common goal: find clues of ancient life on Mars, and help humankind determine whether or not we are alone in the universe. To do so, each mission collects a different piece of the astrobiological puzzle to help paint a complete picture of the planet’s history.

Mars is a busy world. The Red Planet is currently buzzing with orbiting spacecraft, roaming robots, and flying helicopters, united in one ongoing mission: uncovering different parts of Mars’ potential habitability by probing its atmosphere, rocky surface, and subsurface composition. Scientists believe Mars poses the first real opportunity to look for life beyond Earth, and…

Mars is a busy world. The Red Planet is currently buzzing with orbiting spacecraft, roaming robots, and flying helicopters, united in one ongoing mission: uncovering different parts of Mars’ potential habitability by probing its atmosphere, rocky surface, and subsurface composition. Scientists believe Mars poses the first real opportunity to look for life beyond Earth, and…