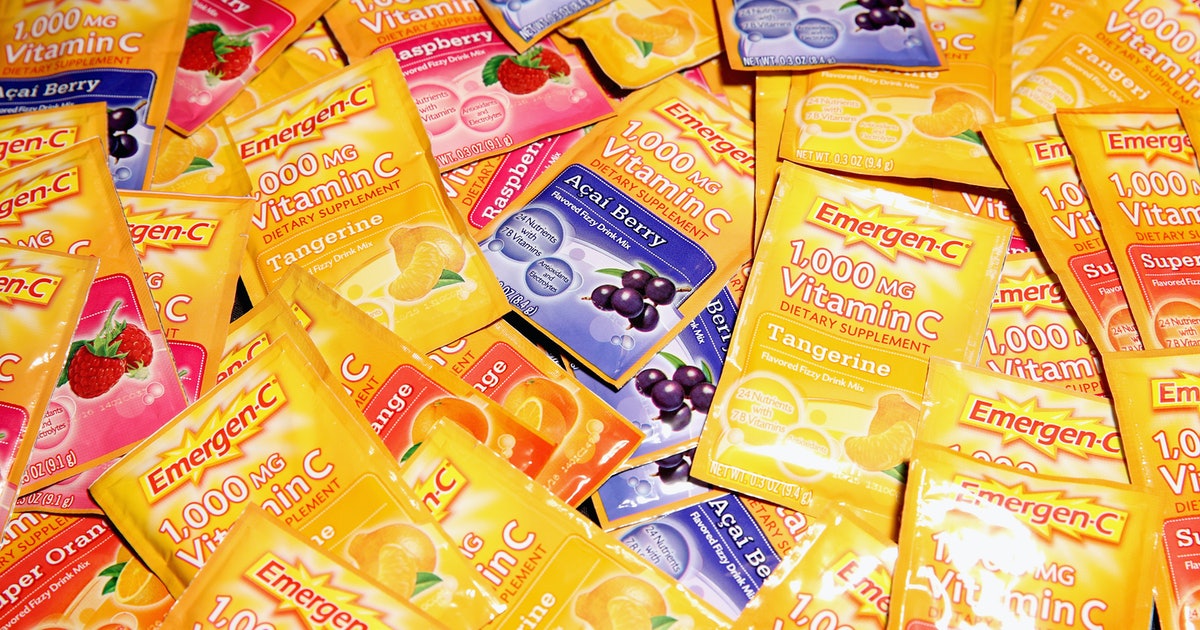 Walk down the cold-remedy aisle of almost any pharmacy and you’ll see a shelf full of zinc supplements. Clearly, people must be worried that they’re not getting enough zinc, a nutrient often touted for its ability to quash the common cold and other respiratory illnesses. But do many of us really need more zinc? And if so, what good does it do?

As researchers learn more about how our bodies use zinc, they’re finding that the element plays a surprisingly key role, particularly within the immune system. “We think zinc is a gatekeeper of immune function,” says Lothar Rink, an immunologist at RWTH Aachen University in Germany who recently coauthored an overview of zinc’s roles in the immune system in the 2021 Annual Review of Nutrition. And, although scientists still struggle to find good ways to measure zinc levels in the body, it looks as though many people may indeed not have enough zinc in their diet for full immune function.

Zinc is an essential element

Too little zinc is clearly bad news for your health. A severe shortage — often the result of a genetic defect or an extremely restricted diet — can cause myriad problems, such as stunted growth in infants and children, hair loss, roughened skin, delayed wound healing, and weakened defenses against infections.

But the extent and consequences of more subtle zinc deficiencies have proven harder to pin down. That’s largely because it’s extremely difficult to measure zinc levels accurately in people. Zinc is often on the move both inside and outside our cells. During an infection, for example, blood levels drop as zinc is siphoned out of the bloodstream into cells that help launch an immune response. Zinc levels can also be perturbed by diet, certain drugs and hormones, and health status.

For these reasons, although it is possible to detect zinc levels in the blood, these measurements are often imprecise. And unlike iron, which is easily assessed by measuring levels of iron-containing blood proteins like hemoglobin and ferritin, there is no biomarker that can be used as an indicator of zinc levels. “There’s still no 100 percent accurate way to measure zinc in a human being, especially if they have an illness of some kind,” says Daren Knoell, a zinc biologist at the University of Nebraska. Currently, the best way to determine a potential zinc deficit is to look at someone’s dietary intake, he adds.

Because of these limitations, most physicians diagnose zinc deficiency only if patients show symptoms of major deficiency such as rough skin or hair loss, Rink says. “But immune deficiency takes place much earlier when you have a slight zinc deficiency.” Researchers have found that zinc-deficient individuals are more vulnerable to infection than those with adequate levels of the mineral. Studies have shown, for example, that in healthy elderly individuals, zinc supplements reduced the frequency of infections. (The possible use of zinc supplements to help ward off Covid-19 is an area of active investigation, although the National Institutes of Health states that there is currently not enough evidence to say if it will be beneficial.)

To help better identify people who aren’t getting enough zinc, Rink is involved in a project aimed at helping clinicians and the general public better assess an individual’s zinc status by using an app to closely track their diet and supplement use.

From the data available so far, it appears that zinc deficiency is relatively common. Based on assessments of diet and the prevalence of stunted growth, a common consequence of inadequate zinc consumption during development, some studies estimate that around 17 percent of the world’s population are at risk of zinc deficiency — and that in certain low- and middle-income regions, such as parts of South Asia, that proportion is as high as 30 percent.

Aging, genetics, pregnancy, illness, and other factors all contribute to this shortfall, but diet is the main culprit when individuals don’t eat enough zinc-rich foods such as seafood, red meat, and nuts. Consuming too many phytates, substances found in whole-grain bread, cereals, and other sources, can also be a problem. Phytates bind to zinc and prevent it from being absorbed into the body.

Even in the United States, about 15 percent of the population lacks adequate levels of zinc in their diet, according to a 2020 assessment of more than 26,000 US adults by researchers at a supplement company. This may be particularly common among the elderly, largely due to poor diet. But it often goes unnoticed because most people don’t show outward signs of being zinc-deficient, according to Knoell. “But when things go wrong — you get an infection — odds are, you’re going to do worse than somebody who has sufficient amounts of zinc in their diet.”

What does zinc do?

Studies show that zinc is important in almost all aspects of the immune system: It helps skin cells and cells lining our organs prevent pathogens from entering, and it keeps the thymus and bone marrow, which are responsible for generating immune cells, functioning normally. Zinc “crops up in all parts of the immune system,” says Sophie Hambleton, an immunologist at Newcastle University in the UK — and zinc-deficient people show a wide range of immune dysfunctions.

Most of the research to date has focused on the role of zinc in the innate immune system, the body’s frontline defense that launches fast, non-specific attacks against foreign invaders. Zinc appears to be involved in making physical barriers — such as the cells that line our organs — more resistant to invasion, as well as ensuring the proper functioning of macrophages, key white blood cells that gobble up pathogens and send out chemical signals to recruit other cellular soldiers.

To ensure that there’s enough zinc to carry out these many jobs, concentrations of the mineral within the body are tightly controlled. At the onset of an infection, for example, immune cells such as macrophages rapidly produce a zinc-transporting protein called ZIP8. This protein controls how much zinc enters these cells, which is important for maintaining the cells’ ability to mop up pathogens and regulating the production of important defense-related molecules, including chemical messengers called cytokines, Knoell and others have found.

More recent work has started to reveal that zinc is also important for the adaptive immune system, which uses memories of prior threats to launch pathogen-specific attacks via antibodies and T cells. In 2019, Hambleton and her colleagues reported that a mutation in another zinc transporter, ZIP7, caused a disease in which patients lack B cells, antibody-producing immune cells that we continuously generate throughout our lives. Further experiments in mice with these same mutations revealed that a lack of ZIP7 reduced the concentrations of zinc within immature B cells, impairing their maturation.

Although it is still unclear what this means for the broader role of ZIP7 in people without this mutation, Hambleton says that it is possible that a defect in ZIP7 may be one way in which an overall deficiency of zinc might lead to problems in immune function.

How much zinc does a person need?

Given how important zinc is to a healthy immune system — and the difficulty of knowing whether a person might be deficient — Rink says zinc supplementation is probably a good idea, especially for people who are at higher risk of being deficient, such as vegetarians, vegans and the elderly. (Rink has consulted for or received research grants from three companies that sell zinc supplements).

Most nutritional supplements are safe and don’t cause any serious side effects at the recommended daily intake, 8 milligrams and 11 milligrams for women and men, respectively, but Rink warns that at very high concentrations zinc can have adverse effects. In 2009, the US Food and Drug Administration warned against the use of Zicam nasal spray and swabs, a common cold remedy containing zinc levels so high that it led to a loss of the sense of smell. Due to this and other potential harms, experts recommend that adults consume no more than 40 milligrams of zinc per day.

Although clinical trials in humans are scarce, there have been a handful that examined the effects of zinc supplementation during viral infections. A 2021 review of two dozen clinical trials indicated that in healthy people, taking zinc supplements either as lozenges or nasal sprays at the onset of illness may reduce the duration of the common cold and other respiratory infections by a few days. The study also looked at chronic supplementation and found evidence that taking zinc supplements daily for seven months to a year might help stave off the effects of respiratory infections, though it did not appear to prevent the common cold.

Hambleton notes, however, that while it’s important to make sure you’re getting enough zinc in your diet, manipulating zinc levels in specific parts of the immune system is not easy because zinc is distributed in different ways across the body. “It’s very simplistic to think that because zinc is required for immunity, more zinc equals more immunity,” she says.

Many open questions remain. For one, the authors of that 2021 review noted that there were limitations to the available trials, such as small sample sizes. In addition, the time frame for zinc’s benefits is unclear. Most of the trials looking at the benefits of zinc after infection reported that supplements work only within 24 hours of when symptoms begin — but the team found evidence that the window might be longer, and that zinc might be beneficial even when consumed up to three days after the onset of symptoms. And we need better zinc supplements, Knoell says. Most now come in salt form, as zinc sulfate or chloride, but these are not readily taken up by the body, so better formulations would be beneficial, he adds.

There’s also the question of whether certain people are genetically programmed to have a harder time absorbing zinc into their bodies than others. And researchers also are interested in investigating possible drugs that might target zinc transporters in people who have problems with those proteins.

“We’re starting to ask and answer those questions now in animal models,” Knoell says. “The excitement will be, of course, if some of that translates to the human condition.”

This article originally appeared in Knowable Magazine, an independent journalistic endeavor from Annual Reviews. Sign up for the newsletter. Read the original article here.

Walk down the cold-remedy aisle of almost any pharmacy and you’ll see a shelf full of zinc supplements. Clearly, people must be worried that they’re not getting enough zinc, a nutrient often touted for its ability to quash the common cold and other respiratory illnesses. But do many of us really need more zinc? And…

Walk down the cold-remedy aisle of almost any pharmacy and you’ll see a shelf full of zinc supplements. Clearly, people must be worried that they’re not getting enough zinc, a nutrient often touted for its ability to quash the common cold and other respiratory illnesses. But do many of us really need more zinc? And…