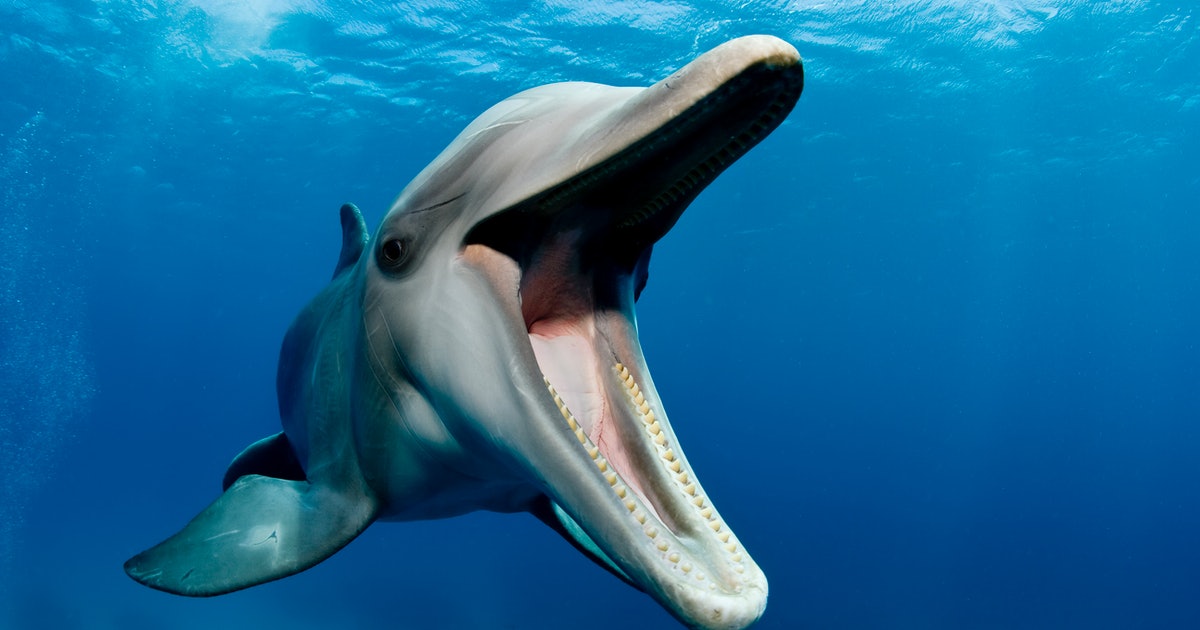 Dolphin study could help us understand the evolution of female pleasure

Humans have an affinity with dolphins. In part, this affinity is due to our shared gregarious social behavior and curious personality. Now, a recent study adds to the pile of evidence for the similarities between humans and dolphins — though not in the way you might expect. This similarity may help us better understand the evolution of a long-overlooked anatomical feature: The clitoris.

What’s new — The discovery, which was published Monday in the journal Current Biology, reveals remarkable details about the anatomy of female dolphins’ clitoris. The paper argues the dolphin clitoris likely plays a critical role in social behavior and, perhaps more interestingly, sexual pleasure in dolphins.

“The dolphin clitoris has many features to suggest that it functions to provide pleasure to females,” Patricia Brennan, lead author on the study and an assistant professor of biological sciences at Mount Holyoke College in Massachusetts, tells Inverse.

Perhaps most curiously, dolphins’ clitorises appear to be strikingly similar in terms of their anatomy and function to the human clitoris.

How they did it — The study’s methods are a little sad — it involved 34 dead female dolphins. But the results are stunning: The researchers used a 3-D visualization tool to properly explore each dolphin’s clitoris.

“Every time we dissected a vagina, we would see this very large clitoris, and we were curious whether anyone had examined it in detail to see if it worked like a human clitoris,” Brennan says.

The analysis yields six details about a female dolphin’s anatomy — and its similarity to the human clitoris:

This last finding is particularly striking: The nerves likely connect to the skin of the clitoris and genital corpuscles. Genital corpuscles are involved in the sexual pleasure response in the human clitoris, suggesting a “similar function in the dolphin.”

“Since the entire pelvis of dolphins is so different to humans, it was surprising to see how similar the shapes were,” Brennan said.

Why it matters — The clitoris —and its association to female orgasm — has long been a subject of heated debate in evolutionary biology.

Primates, dolphins, and, of course, humans, have sex year-round and not just as part of mating. Perhaps not coincidentally, these creatures also evolved the ability for females to experience pleasure and arousal during sex — as indicated by the presence of a clitoris.

Dolphins, like humans, mate for reproduction, but also to maintain social bonds. The researchers note female dolphins will often rub each other’s clitorises using their snouts or flippers for sexual stimulation, too, suggesting a homosocial function for the clitoris.

Together, these similarities suggest the clitoris — and female pleasure — plays an important role in evolution, both within and outside the context of reproduction. Understanding the evolution of the clitoris could also better help us understand the nature of the female orgasm.

As the researchers explain:

“Our anatomical examination of the clitoris of the common bottlenose dolphin reveals a complex organ with many similarities to the clitoris of other model systems known to have a pleasure response, including humans.”

What’s next — Beyond primates, few other animals have been studied to determine the presence and function of a clitoris. Even the anatomy of the human clitoris wasn’t fully mapped until 1998. Researchers have a long way to go in understanding a historically ignored sexual organ.

“This neglect in the study of female sexuality has left us with an incomplete picture of the true nature of sexual behaviors,” Brennan says.

Brennan and her team say their study offers a model for how scientists, in general, can study sexual anatomy and pleasure responses in animals, especially in creatures where it may not be possible to conduct a neurological examination.

“Studying and understanding sexual behaviors in nature is a fundamental part of understanding the animal experience and may even have important medical applications in the future,” Brennan adds.

Abstract: In species that copulate during non- conceptive periods, such as humans and bonobos, sexual intercourse is known to be pleasurable for females. Dolphins also copulate throughout the year, largely to establish and maintain social bonds1. In dolphins, the clitoris is positioned in the anterior aspect of the vaginal entrance2, where physical contact and stimulation during copulation is likely. Clitoral stimulation seems to be important during female–female sexual interactions in common bottlenose dolphins (Tursiops truncatus), which rub each other’s clitoris using snouts, flippers, or flukes3. Determining a sexual pleasure response in animals not amenable to neurobehavioral examination is difficult, but investigation of the clitoris may elucidate evidence of functionality. In this study, we assessed macro- and micromorphological features of the clitoris in common bottlenose dolphins to examine functional features, including erectile bodies with lacunae, extensible collagen and/or elastin fibers, and the presence and location of sensory nerves. Our observations suggest the clitoris of dolphins has well-developed erectile spaces, is highly sensitive to tactile stimulation, and is likely functional.

Humans have an affinity with dolphins. In part, this affinity is due to our shared gregarious social behavior and curious personality. Now, a recent study adds to the pile of evidence for the similarities between humans and dolphins — though not in the way you might expect. This similarity may help us better understand the…

Humans have an affinity with dolphins. In part, this affinity is due to our shared gregarious social behavior and curious personality. Now, a recent study adds to the pile of evidence for the similarities between humans and dolphins — though not in the way you might expect. This similarity may help us better understand the…

How the Webb telescope can help solve a cosmic mystery