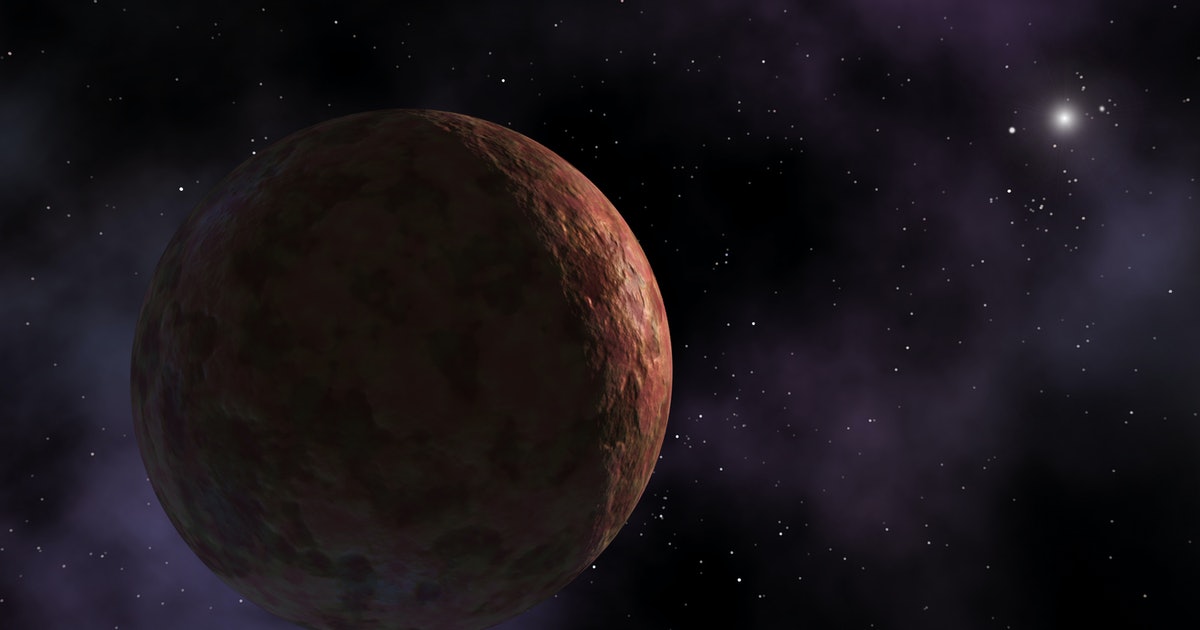 Object 90377 Sedna — a distant trans-Neptunian object known best for its highly elliptical, 11,390-year-long orbit — is currently on its way towards perihelion (its closest approach to the Sun) in 2076.

After that, Sedna will swing out into deep space again and won’t be back for millennia, making this flyby a once-in-a-lifetime (or, once in ~113 lifetimes) opportunity to study an object from the far reaches of our solar system.

There are no missions to Sedna in the works just yet, but astronomers are beginning to plan for the possibility. The ideal launch date for such a mission is approaching fast, with two of the best launch windows coming up in 2029 and 2034.

Sedna was discovered in 2003 by Caltech astronomer Mike Brown and his team and was one of a series of potential dwarf planets (alongside similar-sized bodies like Haumea, Makemake, and Eris) whose discovery led to the demotion of Pluto in 2006.

As best we can tell from a distance, Sedna is about the same size as Ceres, the largest object in the asteroid belt, but its composition and origins are very different. Its chemical makeup suggests it may be covered in deep reddish organic compounds known as tholins, the same material seen on Pluto and other Kuiper belt objects.

Unlike Pluto, it is usually too cold for the methane abundant on its surface to evaporate and fall back as snow, though Sedna may briefly gain an atmosphere of nitrogen as it approaches the Sun.

What sets Sedna apart from the other known dwarf planet candidates is its enormous orbit, which takes it out towards the inner edge of the Oort cloud, the most distant region of the Solar System, where long-period comets lurk. There are several competing theories to explain how Sedna ended up in this position.

Perhaps the most high-profile theory is the possibility that a yet unknown ninth planet, perhaps 10 times the size of Earth, disrupted Sedna’s orbit and swept it and several other objects out into highly elongated orbits. Visiting Sedna probably won’t solve this particular mystery, but it will tell us a lot about the composition of these extreme trans-Neptunian objects.

Reaching Sedna with a spacecraft won’t be a simple task. Even at its closest approach, Sedna will only come about 76AU from the Sun. For comparison, Neptune is about 30AU, and the Voyager missions, launched in 1977, are just now crossing 150AU and 125AU respectively. That means the time to launch is sooner, rather than later.

In planning a mission to Sedna, the Voyager spacecraft are not bad places to look for inspiration. They famously took advantage of a lucky alignment of planets to take a grand tour of the outer Solar System, stealing energy from Jupiter to pick up speed and reach their more distant targets.

Similar gravity assists will be required to make the trip to Sedna manageable. A team of scientists led by Vladislav Zubko from the Space Research Institute of the Russian Academy of Sciences recently modeled a series of possible trajectories to Sedna, favoring a 2029 launch date as the most feasible option.

The 2029 trajectory, they determined, would take the spacecraft to Venus first, then back to Earth (twice), before passing Jupiter on the way to Sedna, with flight times as short as 20 years but more optimally in the 30-year range. The longer flight time would increase the altitude of the spacecraft over Jupiter during the gravity assist, reducing the time spent exposed to the gas giant’s harmful radiation.

A 30-year flight plan would also mean passing by Sedna more slowly, providing more time to gather data on the object. Choosing this option would give the spacecraft a relative velocity of 13.70 km/s (29,000 mph) as it passed Sedna, comparable to the speed at which New Horizons approached Pluto in 2015.

As a bonus, this trajectory would also take the spacecraft past a 145 km (90 miles) diameter asteroid named Massalia, providing the team with an additional scientific target to study, as well as a chance to test the spacecraft’s systems.

A second trajectory proposed by the team would consist of a 2034 launch and would provide a similar additional flyby, this time of the metallic asteroid 16 Psyche.

At the moment, it’s unclear whether a mission to Sedna will make it to the launch pad with all the competing options available to mission planners in the coming decade. But as it’s our only chance in the next 11,000 years, the idea is sure to be given due diligence.

Object 90377 Sedna — a distant trans-Neptunian object known best for its highly elliptical, 11,390-year-long orbit — is currently on its way towards perihelion (its closest approach to the Sun) in 2076. After that, Sedna will swing out into deep space again and won’t be back for millennia, making this flyby a once-in-a-lifetime (or, once…

Object 90377 Sedna — a distant trans-Neptunian object known best for its highly elliptical, 11,390-year-long orbit — is currently on its way towards perihelion (its closest approach to the Sun) in 2076. After that, Sedna will swing out into deep space again and won’t be back for millennia, making this flyby a once-in-a-lifetime (or, once…

Why don’t we throw our trash into a volcano? The fiery science explained