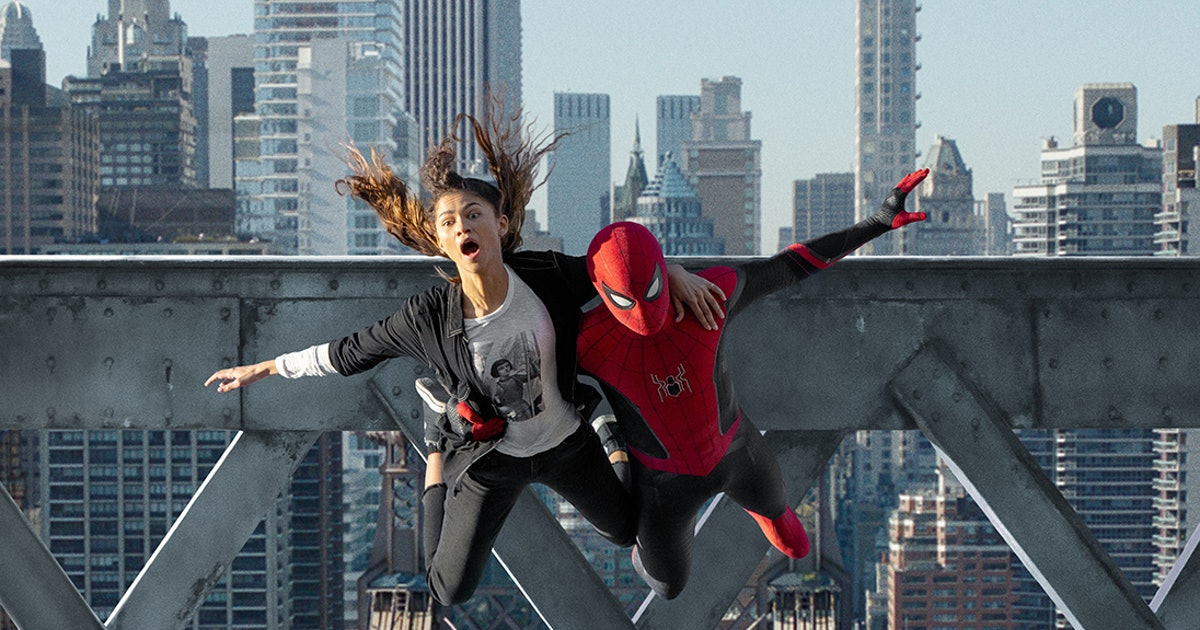 Can Spider-Man win an Oscar? That’s what Marvel Studios and Sony are betting on after the rousing success that was Spider-Man: No Way Home. But does Spidey stand a chance with Oscar voters? Maybe it would if Marvel bothered to take a risk for once.

Talk of Spider-Man’s Oscar chances has been building since December 24. That’s when The Hollywood Reporter published an interview with Marvel’s Kevin Feige, producer Amy Pascal, and star Tom Holland, where the three talked about No Way Home as a Best Picture nominee.

“Just because they’re a certain kind of genre doesn’t mean they’re not quality movies,” said Pascal, gesturing towards a “genre bias” that allegedly exists within the Academy. (It’s hard to argue with the evidence.) “We all got in this business to make movies that people want to see, that make people feel things, and I think this movie legitimately does that,” she added.

The Pascal Pictures figurehead echoes the sentiment that observers of all stripes — from die-hard genre fans to film industry journalists — have wrestled with for years about the Oscars. If the Oscars are supposed to recognize the year’s best movies, then should the Academy better recognize the movies people actually see?

The juggernaut Marvel Studios ensures audience retention by adhering to a formula that renders its films as episodic material — typically made up of legible plotting, quippy dialogue, and CGI lenient set-pieces overseen by the second unit. But it’s also an offensive thing to the Academy’s vague criteria for what makes a “best picture.”

Compare Spider-Man to any of the year’s films with awards buzz. (The Academy has not determined official nominations yet.) Here’s one: Ryusuke Hamaguchi’s Drive My Car, about a widower chauffeured by a young woman. For RogerEbert.com, critic Carlos Aguilar hailed it as “unassumingly shattering” and “bountiful in subtle imagery [that] mines majestic visual symbolism from seemingly ordinary occurrences.”

Imagine a film like that racing for Best Picture against a trio of Spider-Mans fighting Sinister Six villains. Of the two, what is really the “best picture”? A poignant human drama or a spectacle that encapsulates 20 years of a pop culture icon? Who gets to decide these things?

Best Picture winners, it should be said, are decided via voting within the Academy. And not unlike politics, there is a lot of money and lobbying involved that can and does obfuscate the merit of the films themselves. Still, that should only mean Disney-owned Marvel is more equipped than any other in Hollywood to play that game. So why hasn’t Marvel won Best Picture? The only explanation offered is those two words Feige harps on: “Genre bias.”

And that’s not to forget Spider-Man: Into the Spider-Verse taking the award for Best Animated Feature that same year. Though not a Marvel Studios film, Spider-Verse gave Spider-Man an Oscar.

Since Black Panther, Marvel has pursued that air of prestige again. In 2019, Marvel embarked on an unintentionally funny campaign for Avengers: Endgame. It wasn’t nominated, but that didn’t stop Marvel from dressing up Endgame as a moving family drama in its For Your Consideration posters. Nor did that prevent people from revisiting the aforementioned debate about what divides acclaimed art cinema and populist, commercial works while considering how either contribute to the film industry’s health.

Theoretically, prestigious awards films are revered for pushing the form forward, with narratives challenging human and cultural instincts. Yet it’s been the superheroes who have kept movie theaters open during a pandemic.

But who’s to say superhero movies aren’t challenging? Shang-Chi and the Legend of the Ten Rings tells a story about asserting one’s identity outside parental expectations, a complex subject for second-generation Asian immigrants. And who’s to say that prestigious fare is inaccessible for the less serious moviegoer? Remember all those Parasite memes?

Marvel and Sony’s combined awards campaign for Spider-Man: No Way Home is underway, and nothing is stopping it, except rejection by the Academy. But maybe those energies are misplaced as Marvel’s other pictures this year arguably deserve that strong of a push. Destin Daniel Cretton’s Shang-Chi also has an Oscars campaign that strangely seems more subdued than Spider-Man. That’s unfortunate, as Shang-Chi’s revelry of Asian joy and power was well-timed amidst ongoing violence against the Asian community, wrongfully blamed for Covid-19.

Marvel is also throwing support behind Eternals, the spiritual sci-fi epic directed by the most recent recipient for Best Director, Chloé Zhao, who won for Nomadland. Despite its “rotten” score on Rotten Tomatoes, the studio appears to have faith in Zhao’s existing standing with the Academy and the work she delivered in the picture — a more unusual, sensory, and thoughtful entry compared to the rest of Marvel. The film may also play well to the Academy’s attention on new diversity and inclusion standards (though none of it will officially take effect until 2024).

But between Eternals and Spider-Man: No Way Home, only one seems to represent better what audiences believe was the year’s best superhero movie. On Rotten Tomatoes, both critics and audiences have scored No Way Home high at 94% and 98%, respectively.

Against all odds, Spider-Man: No Way Home is a great movie, but is it worthy of the Oscars? The film celebrated both Spider-Man and feverish, undying fandom — and maybe that’s enough. You’re hard-pressed to find an “Oscar movie” that can touch the same amount of people across languages and generations like Spider-Man can. It seems it isn’t about whether Spider-Man is worthy of an Oscar but whether he needs one. Besides, Spider-Man: Into the Spider-Verse won an Oscar. If the Academy is to recognize the best Spider-Man movie, then they’ve already done that.

Spider-Man: No Way Home is now playing in theaters.

Can Spider-Man win an Oscar? That’s what Marvel Studios and Sony are betting on after the rousing success that was Spider-Man: No Way Home. But does Spidey stand a chance with Oscar voters? Maybe it would if Marvel bothered to take a risk for once. Talk of Spider-Man’s Oscar chances has been building since December…

Can Spider-Man win an Oscar? That’s what Marvel Studios and Sony are betting on after the rousing success that was Spider-Man: No Way Home. But does Spidey stand a chance with Oscar voters? Maybe it would if Marvel bothered to take a risk for once. Talk of Spider-Man’s Oscar chances has been building since December…