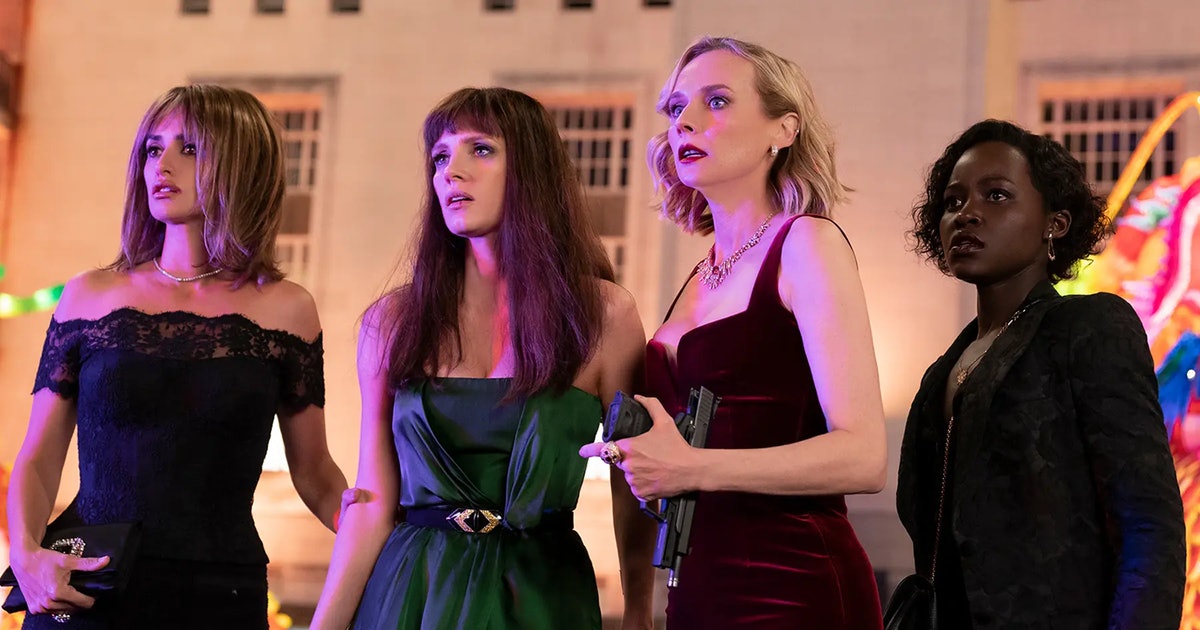 Past and present filmmakers have succeeded in pulling off silly spectacles that feel purposeful and — most importantly — entertaining. Simon Kinberg, who writes and directs The 355, can’t be counted among them.

Starring an undeniably talented cast, which includes Diane Kruger, Lupita Nyong’o, Penelope Cruz, Fan Bingbing, Sebastian Stan, and led by Jessica Chastain and her production company Freckle Films, The 355 is an incomprehensible mess of a film. The action thriller suffocates in its smugness, believing without a shadow of a doubt that it is an empowering story of women persevering in a field dominated by men.

Even with its poor filmmaking and ill-paced two-hour runtime, The 355 could have found success had it dialed down the faux move for empowerment and instead focused on creating characters that are more than their one-line descriptors.

Putting a twist on the classic spy film by casting international female stars, The 355 follows CIA agent Mace, played by Chastain, as she is forced to team up with agents from across the globe to recover a top-secret weapon.

The simple premise is bogged down by lackluster action set pieces that rely on mindless gunfire and destruction for destruction’s sake. The first fight sequence is indicative of how the rest of the choreography will go. Failing to possess an eye for how action should be shot, Kinberg, along with the film’s messy editing, renders clumsy and nauseating sequences that don’t show any impact of the fights themselves. Certain moves are cobbled together in an indiscernible fashion, while other random moments are dragged on to see the minutiae in slow motion.

Even the globe-trotting is reduced to so many interior shots that the lush and iconic settings, cities, and monuments seem flat. Part of the fun of these global espionage films is the opulent travel destinations and costume designs, and the film refuses to indulge or linger on either.

Despite donning a super-serious drama coat, The 355 tries to enjoy every type of espionage cliché to a fault. It plays quick and loose with tone, making hokey cutaways to characters procuring blades off their person or forced moments of casual banter and camaraderie between a cast that lacks chemistry.

Chastain is especially miscast here, and while she is without question a strong actress, she benefits from very specific roles. It’s not that she isn’t versatile (she is), but her stoicism comes across as inauthentic when playing cold and aloof characters.

The rest of the cast holds up better, though the movie ultimately gives Cruz and Bingbing little to do compared to the other actors. Thankfully the film has Nyong’o, who is as captivating as ever, imbuing a supporting character with a level of nuance and charisma that pulls the audience into her particular journey. It’s safe to say it might’ve been a better bet to follow her story rather than Chastain’s.

While there are plenty of aspects to pick apart, one element seriously undercuts the film’s acting talent, and that’s the incompetent script from Kinberg and Theresa Rebeck. Just look at the characters themselves, and not only will you see glaring archetypes but individuals whose stories the film haphazardly wraps up by the end.

It’s not wrong to have a group that contains the rogue assailant, the stoic loner, and the tech support, but it’s the actor’s performance that better serves those weathered outlines. Instead, The 355’s dialogue drags the point out. By the time we’re reminded twice about how alone Mace is and how she has “nobody” (a perfect primer for team bonding), we’re at the point where it feels like unnecessary filler.

The 355 wants to be important while simultaneously aiming to be mindless fun. It never manages to accomplish either. Its star-studded cast does little to elevate the film’s weak and shallow script. While it’s not always fair to think about “ what should have been,” it’s tough not to wonder how the film could’ve turned out if it had an engaging director with a point of view beyond talking points.

The 355 is now playing in theaters.

Past and present filmmakers have succeeded in pulling off silly spectacles that feel purposeful and — most importantly — entertaining. Simon Kinberg, who writes and directs The 355, can’t be counted among them. Starring an undeniably talented cast, which includes Diane Kruger, Lupita Nyong’o, Penelope Cruz, Fan Bingbing, Sebastian Stan, and led by Jessica Chastain…

Past and present filmmakers have succeeded in pulling off silly spectacles that feel purposeful and — most importantly — entertaining. Simon Kinberg, who writes and directs The 355, can’t be counted among them. Starring an undeniably talented cast, which includes Diane Kruger, Lupita Nyong’o, Penelope Cruz, Fan Bingbing, Sebastian Stan, and led by Jessica Chastain…

24 years later, the best Castlevania game ever still lives up to the hype