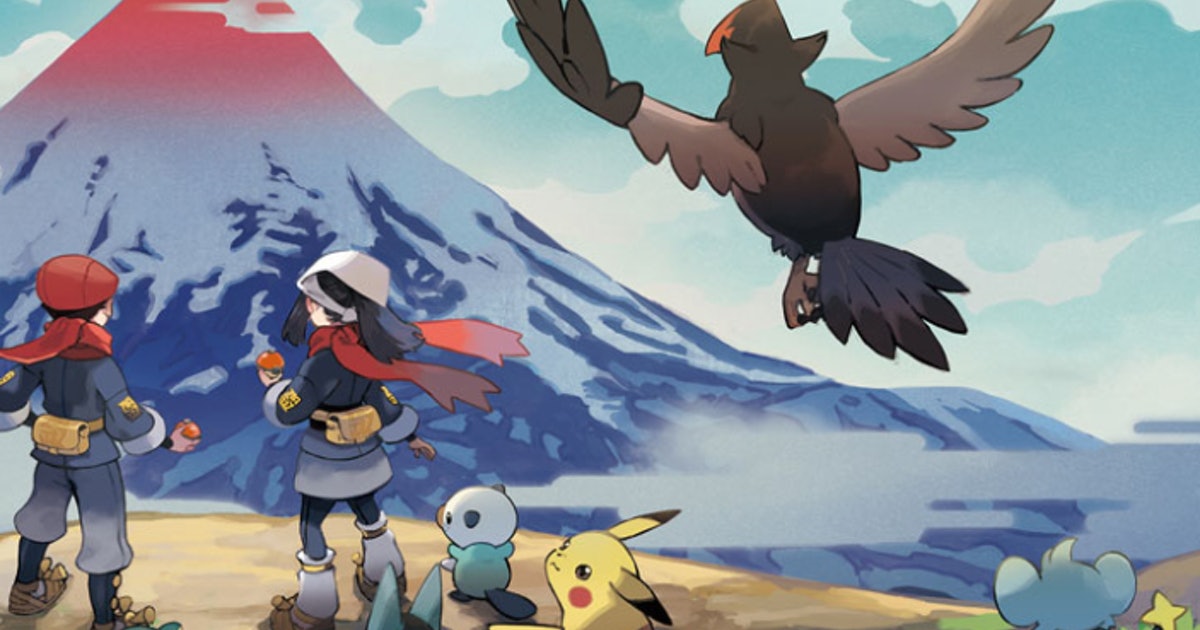 A major change to the Pokémon formula is coming. After 25 years of primarily sticking to the modern era, the series is turning back the clock to feudal times. Pokémon Legends: Arceus is an upcoming large-scale adventure based in 19th century Japan, utilizing an over-the-shoulder perspective, unlike the isometric viewpoint from past iterations. But how will Arceus differ from the mainline RPGs? And when is its release date? Here’s everything we know about Pokémon Legends: Arceus.

Pokémon Legends: Arceus was announced in a February 26, 2021 Pokémon presentation, along with the Gen 4 remakes: Pokémon Brilliant Diamond and Shining Pearl. The upcoming game is a prequel to Diamond and Pearl, taking place in the Sinnoh region. It’s being worked on by longtime series developer Game Freak. Despite how it looks, Game Freak clarified that Arceus is not an open-world game, as reported by Nintendo Everything.

When is the Pokémon Legends: Arceus release date?

Pokémon Legends: Arceus is due out for Nintendo Switch on January 28, 2022.

Are there a Pokémon Legends: Arceus pre-order bonuses?

Yes! You can pre-order Pokémon Legends: Arceus digitally or across various retailers. It will be $59.99 when it launches. Those who pre-order will gain access to the Hisuian Growlithe Kimono Set at no additional cost. In addition, if you pre-order the game digitally, you will receive the aforementioned Kimono Set along with 30 heavy balls. The Amazon pre-orders will get you a very nice Garchomp Kimono Set.

If you purchase the game from the official Pokémon storefront, you can get an Arceus plushy.

Is there a Pokémon Legends: Arceus trailer?

Yes, there are multiple. You can watch the reveal trailer below.

The trailer reveals quite a bit about the upcoming game’s premise. It takes place in a feudal version of the Sinnoh region. This means that catching and battling Pokémon will be a similarly low-tech experience. (Despite that change, the old-timey renditions of the Diamond and Pearl protagonists have kept their dumb little hats.)

The video notes that all native Sinnoh Pokémon, including starter Pokémon like Piplup, can be found in the wild. Presumably, the creatures have yet to be domesticated by humans, causing their ecosystems to be a bit less neatly organized.

Snippets from the game’s new features are peppered throughout the trailer. We can see that catching Pokémon is a bit less neat, as you need to move with the Poké ball to aim your shot. It seems that you can also capture Pokémon without entering battle, as seen by the shot where the protagonist is sneaking through the grass while aiming their Poké ball.

We can also see that battles have been given a sleek new UI. The game has seemingly leaned more into the open-world elements found in Sword and Shield, perhaps going full Breath of the Wild with the game.

The video ends with a shot of Arceus, the titular Pokémon who we can expect to chase throughout the game.

A subsequent trailer released in August 2021 reveals the inclusion of Pokémon such as a new version of Stantler.

The trailer also depicts more of the Hisui region, along with various rideable Pokémon that help you get around the world. You can travel by air, sea, or land — thanks to the help of wild Pokémon.

The Pokémon in Legends: Arceus will feature different battle styles including Strong and Agile. These different styles can be implemented during battle, giving you an additional level of strategy.

According to the game’s website, Legends: Arceus will have a crafting system that encourages exploration. Doing so will allow you to find resources that can be combined to make useful items such as Poké Balls.

On January 6, 2022, the Japanese Nintendo YouTube account published a new Arceus trailer depicting more of the world, Pokémon, and gameplay.

What does the Pokémon Legends: Arceus cover art look like?

The same tweet that revealed the game’s release date also showed off the new cover art. It features the male and female protagonist avatars looking out towards what appears to be a volcano. Around them are a handful of Pokémon: Rowlett, Cyndaquil, Lucario, Oshawott, Pikachu, Rhyhorn, and what appears to be a Bidoof obscured by the MSRB rating.

What are the Pokémon Legends: Arceus Legendary Pokémon?

Well, Arceus will be in the game. He’s the title Pokémon and likely the first Legendary Pokémon that you’ll catch.

Nintendo has yet to announce other legendary Pokémon, but it seems likely that other Legendary Pokémon native to Sinnoh like Heatran, Giratina, Azelf, Uxie, Mespirit, Darkrai, Shaymin, Cresselia, Dialga, and Palkia will appear. Or perhaps Pokémon Legends: Arceus will show how they came to populate the region.

What are the Pokémon Legends: Arceus starter Pokémon?

The starter Pokémon in Pokémon Legends: Arceus are Cyndaquil, Rowlett, and Oshawott. You might notice they all originate from non-Sinnoh regions, presumably because Sinnoh has yet to establish a proper starter Pokémon system.

In the trailer, we see the classic Sinnoh starters Piplup and Chimchar roaming in the wild, implying that we should be able to capture all three by playing the game.

Are there any weird changes due to the time period in Pokémon Legends: Arceus?

Yes! There are a few changes! Firstly, the buildings are old-timey, forged from simpler materials like logs. The second noticeable change can be seen on the Pokéballs. They’re now made from wood and close using zippers, a far more archaic mechanism than what’s used in modern games.

It also seems other things like the Pokémon League and trainers are non-existent, according to the game’s website. Pokémon Legends: Arceus will likely not have an Elite Four. It might even lack random trainers, as they have yet to be normalized.

A major change to the Pokémon formula is coming. After 25 years of primarily sticking to the modern era, the series is turning back the clock to feudal times. Pokémon Legends: Arceus is an upcoming large-scale adventure based in 19th century Japan, utilizing an over-the-shoulder perspective, unlike the isometric viewpoint from past iterations. But how…

A major change to the Pokémon formula is coming. After 25 years of primarily sticking to the modern era, the series is turning back the clock to feudal times. Pokémon Legends: Arceus is an upcoming large-scale adventure based in 19th century Japan, utilizing an over-the-shoulder perspective, unlike the isometric viewpoint from past iterations. But how…