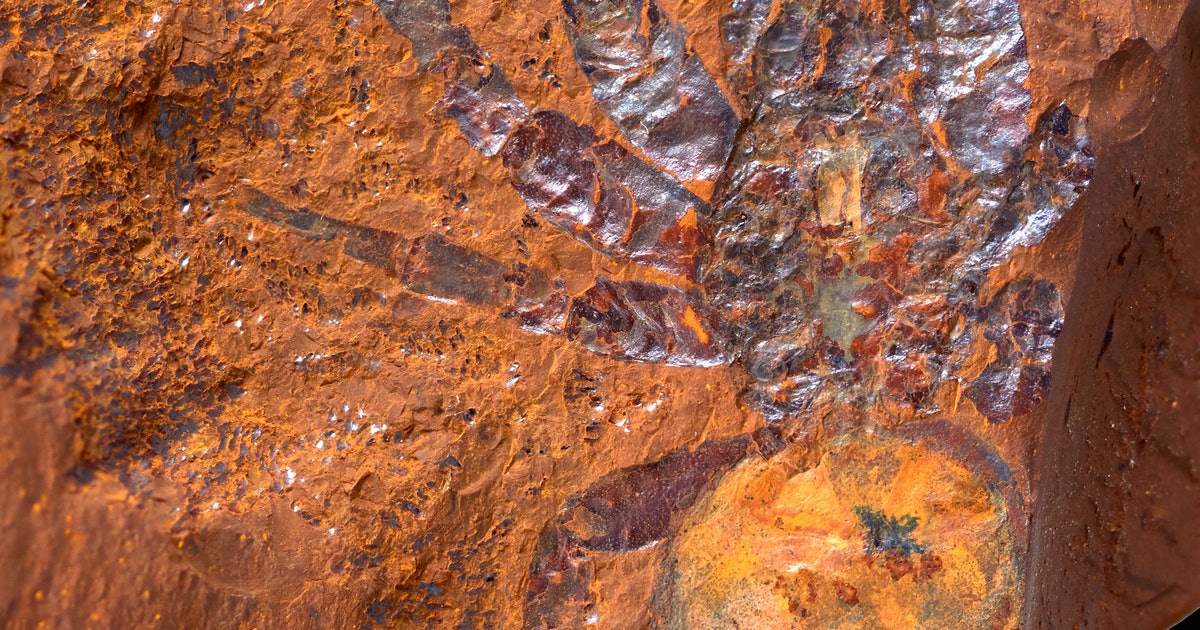 2,000 exquisite fossils reveal a critical era of Australia’s past

In 2017, farmer Nigel McGraths stumbled on something remarkable: He was removing rocks from a field to make ready for tilling when he came across what appeared to be a leaf embedded in a rock. The Australian agriculturalist quickly realized the fossil was remarkable — he could see where insects had once nibbled on the plant however many millennia ago. The find is beautiful, and it has also proven monumental: This fossil became the genesis of a new investigation into Australia’s distant past, a time when the continent appeared completely opposite to our modern understanding.

When McGraths discovered the fossil, he went to the experts: paleontologist Matthew McCurry and virologist Michael Frese. McCurry and Frese were already in McGraths’ area of New South Wales looking for fossils, but when McGraths showed up, they abandoned their own dig.

“The fact that we never went back shows that this one is much more interesting,” Frese tells Inverse. The newfound fossil site, the McGraths Flat, dates to the Miocene, an epoch that occurred between 22 and 5 million years ago. It is during this period that Australia’s modern ecosystems became established.

WHAT’S NEW — Now, five years and 2,000 fossils later, Frese, McCurry, and their team have published a paper describing these exceptionally well-preserved relics in the journal Science Advances. Together, their work illuminates a little-understood part of Australian history.

What’s perhaps most incredible about these fossils is that some include rare samples of soft tissue, the squishy bits of animals, in addition to their skeletons. McGraths Flat, it turns out, is what paleontologists call a Konservat-Lagerstätte (a particularly well-preserved fossil deposit). The fossils are preserved in a type of mineral called goethite.

Among the frozen-in-time creatures are insect larvae, fish, and plant matter. One remarkable fossil encases a sawfly covered in ancient pollen, Frese says. The fly and pollen are so well preserved, in fact, that his team was able to identify the origin of the pollen.

WHY IT MATTERS — These fossils are from the Miocene era, a pivotal but little-understood time period in world history. The Miocene is when paleontologists believe aridification — drying out — started changing the landscape of Australia.

McCurry says there are only a few Miocene-era fossil sites known in Australia, and they have yet to yield much information. One site has “one or two insects, and one or two plants.” Other sites in northern and southern Australia have fossils preserving the bony remains of vertebrates. There are loads of marine fossils, like preserved sea urchins, too.

“Most of the time, they don’t tell you anything of what is happening in the forest on land,” McCurry says. That’s why these fossils, soft tissue and all, are so remarkable. They convey what conditions were like when Australia was mostly rainforest.

“I think the implications of understanding those environments really come down to understanding how changes in rainfall and temperature impacted these communities,” McCurry says.

DIGGING INTO THE DETAILS — Right now, researchers can still only draw broad conclusions about what Miocene Australia may have been like, but they can start to trace how creatures adapted to aridification and how the landscape itself changed.

For example, Australia’s signature eucalyptus trees emerged during this time.

“It’s important to recognize that the climate changes, full stop,” Frese says. “If it only changes by a few degrees, the consequences are dramatic, and that we can very well see by studying the past.”

WHAT’S NEXT — The fossils will eventually make their way to Sydney’s Australian Museum.

Frese and McCurry believe there may be more, similar fossil deposits right under their noses, encased in goethite.

“We believe that the sites may occur more frequently than previously thought because previously people wouldn’t look at this type of rock because it was not deemed to have valuable fossils in them,” Frese says.

“We hope that more people will speak up in Australia or elsewhere, and then we have even more fossils to study.”

Abstract: Reduced precipitation in the Miocene triggered the geographic contraction of rainforest ecosystems around the world. In Australia, this change was particularly pronounced; mesic rainforest ecosystems that once dominated the landscape transformed into the shrublands, grasslands, and deserts of today. A lack of well-preserved fossils has made it difficult to understand the nature of Australian ecosystems before the aridification. Here, we report on an exceptionally well-preserved rainforest biota from New South Wales, Australia. This Konservat-Lagerstätte hosts a rich diversity of microfossils, plants, insects, spiders, and vertebrate remains preserved in goethite. We document evidence for several species interactions including predation, parasitism, and pollination. The fossils are indicative of an oxbow lake in a mesic rainforest and suggest that rainforest distributions have shifted since the Miocene. The variety of fossils preserved, together with high fidelity of preservation, allows for unprecedented insights into the mesic ecosystems that dominated Australia during the Miocene.

In 2017, farmer Nigel McGraths stumbled on something remarkable: He was removing rocks from a field to make ready for tilling when he came across what appeared to be a leaf embedded in a rock. The Australian agriculturalist quickly realized the fossil was remarkable — he could see where insects had once nibbled on the…

In 2017, farmer Nigel McGraths stumbled on something remarkable: He was removing rocks from a field to make ready for tilling when he came across what appeared to be a leaf embedded in a rock. The Australian agriculturalist quickly realized the fossil was remarkable — he could see where insects had once nibbled on the…

China finally discovers the truth behind the Moon’s “Mystery Hut”