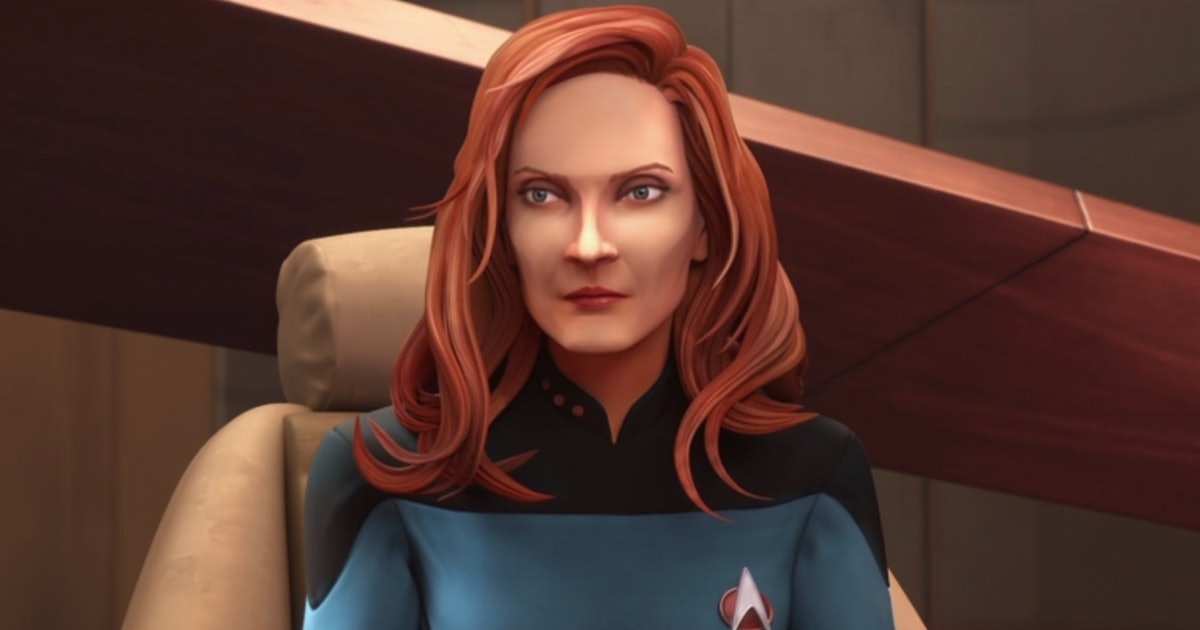 Star Trek just pulled off the biggest crossover in its history

Star Trek’s dream team has arrived. In “Kobayashi,” the sixth episode of the animated series Star Trek: Prodigy, the franchise has gone where it’s never gone before. Although crossovers, Easter eggs, and references from one show to another are common, actually seeing characters from different series working together has largely been limited to spin-off comics and novels. But with “Kobayashi,” Prodigy has broken a new Star Trek record: characters from The Original Series, The Next Generation, Deep Space Nine, and Voyager all appear together, with most of them working together as one crew! Here’s what happened and why it’s a big deal. Spoilers ahead for Star Trek: Prodigy, Season 1, Episode 6, “Kobayashi.”

When Star Trek: The Next Generation debuted in 1987, the notion of Star Trek crossovers was not only uncommon but borderline forbidden. Although Bones McCoy (Deforest Kelley) appeared in the debut episode of TNG, his cameo was brief and his character was never actually named on-screen. Even into the third season of TNG, writers were discouraged from making references to The Original Series. When Sarek (Mark Lenard), Spock’s father, appeared in TNG, writer Ira Steven Behr had to fight with the higher-ups just to be allowed to have Picard say “Spock.”

In several interviews, both Ronald D. Moore and Behr recall the early uphill battle to include references to The Original Series. In 1999, Behr said, “I broke open the barrier and made it possible for The Next Generation to use names like Spock on-screen. That was a major taboo when I got there. No way could you mention the original Star Trek characters.”

But after Sarek’s 1990 appearance things started to lighten up, leading to the famous 1991 TNG two-parter, “Unification,” in which an older Spock (Leonard Nimoy) teamed up with Picard (Patrick Stewart) and Data (Brent Spiner). After that, Scotty (James Doohan) appeared in the 1992 TNG episode “Relics,” eventually leading to Captain Kirk (William Shatner) and Captain Picard teaming up in 1994’s big Trek movie, Star Trek Generations.

By this time, Star Trek had its second major spin-off airing — Deep Space Nine — in which Captain Picard appeared in the first episode, and Chief O’Brien (Colm Meaney) became a regular character, having previously been a guest character on TNG. In 1995, DS9 Season 4 added TNG’s Worf (Michael Dorn) to the cast, having previously guest-starred as his own ancestor (also named Worf) in Star Trek VI: The Undiscovered Country.

So, if you squint, you could say Star Trek crossovers from one series to another were fairly common after 1990. But what we’ve never seen is multiple crew members from different shows all working together on the same bridge. Until now.

When Dal (Brett Gray) runs a holographic simulation of the famous Kobayashi Maru test on the holodeck of the Protostar, he tells the computer to give him a selection of “the best” Starfleet crew members available. The simulation then creates holograms of Spock, Odo, Uhura, and Dr. Crusher. Later, he adds Scotty for good measure.

Via e-mail, reps for Paramount+ have confirmed that Gates McFadden recorded all-new dialogue for Crusher. But in the case of the other characters, we’re dealing with archival dialogue from existing episodes and movies edited together to make it seem as though they’re talking to Dal.

No single Star Trek episode or film have representatives from more than three different series interact with each other like this. First Contact featured a cameo from the Doctor (Robert Picardo) on Voyager, and episodes of Discovery have used archival footage from both TOS and TNG, but not to this extent. Lower Decks probably has the Easter egg market cornered, but rarely have we seen multiple characters from different shows at the same time. Riker, Troi, Tom Paris, the Borg Queen, and Q have all popped up in Lower Decks, but not in the same episode.

If you count the fact that both Janeway (Kate Mulgrew) and Chakotay (Robert Beltran) also appear in this Prodigy episode, the record gets even bigger. The following Star Trek shows are all represented:

If we count the Prodigy characters themselves that’s a five-way crossover. This gets even more meta when you consider that some of Spock and Scotty’s lines are taken from episodes of The Next Generation, including Scotty’s greeting, “Thank you, Captain, call me Scotty!” and Spock’s quip, “In your own way, you are as stubborn as another Captain of the Enterprise I once knew.”

With this episode, Prodigy has gone down the Trekkie rabbit hole in a big way. And with the revelation that Chakotay was the previous captain of the Protostar, it seems we’re only at the tip of a large iceberg. Prodigy will continue airing throughout the year and, if this episode is any indication, it may touch every bit of Trek canon before 2022 is over.

Star Trek’s dream team has arrived. In “Kobayashi,” the sixth episode of the animated series Star Trek: Prodigy, the franchise has gone where it’s never gone before. Although crossovers, Easter eggs, and references from one show to another are common, actually seeing characters from different series working together has largely been limited to spin-off comics…

Star Trek’s dream team has arrived. In “Kobayashi,” the sixth episode of the animated series Star Trek: Prodigy, the franchise has gone where it’s never gone before. Although crossovers, Easter eggs, and references from one show to another are common, actually seeing characters from different series working together has largely been limited to spin-off comics…