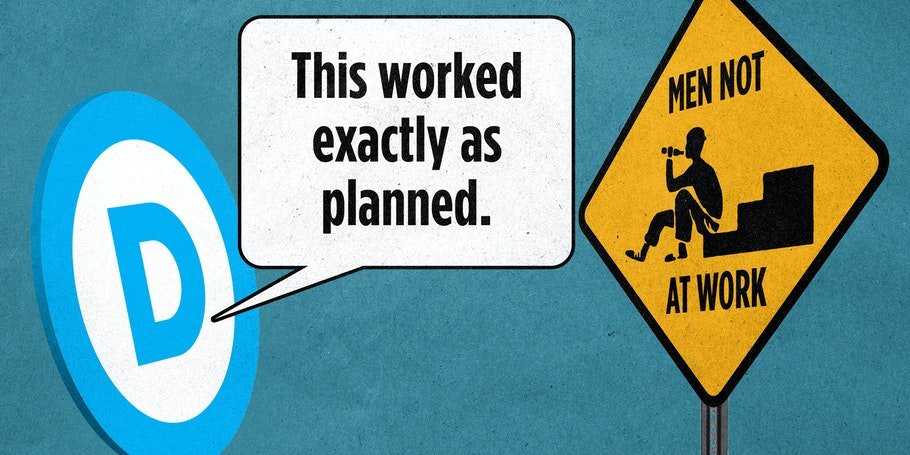 Paying People Not to Work Kept People From Working

A new report confirms what was obvious to some of us all along.

American workers quit their jobs at record levels in 2021. In November, 4.5 million workers left their jobs, the highest in eight straight months of record exits. It’s called the Great Resignation, and it’s yet another consequence of the federal government’s incompetent meddling in the labor market during the pandemic.

Workers are leaving low-wage jobs in large numbers. The hospitality and retail trade sectors suffered the biggest hit, losing 6.9% and 4.4% of their workforces, respectively. Data from the Labor Department and private firms suggest that this is not a wave of job-quitting so much as it is a wave of job-switching. In our current inflationary spiral, the only way for many people to get a pay raise is to switch jobs.

With nearly 11 million job openings and four million fewer workers competing for them, prospective employees have the upper hand in negotiating wages and benefits for new jobs. At first glance, this might seem like an unmitigated good thing. Workers exploit an opportunity in the labor market for better pay, and employers hire motivated workers.

But all is not what it seems with the current economic picture. And if the leftist Center for American Progress says that all this job-quitting is a good thing, then you must know there’s a problem. CAP suggests that employers can cure the labor shortage by simply making workers a better offer. It’s a rather glib suggestion, and it demonstrates the tremendous blind spot leftists have when it comes to economics.

Smaller companies and independent businesses, the so-called mom-and-pops, do not have the resources to compete with larger firms over new hires. There comes a point when wages rise too high for some businesses to support. That is part of what’s fueling inflation right now. Yes, some workers may gain an advantage, but if the new company that hires them has to close its doors or lay them off a few months down the road, then what has been achieved? Very little when all this job-switching puts undue upward pressure on wages, which of course stirs the inflationary pot.

Unlike what CAP and other leftists would have us believe, it is not the private sector that has created this situation. By extending unemployment benefits and essentially adding unemployment bonuses, the federal government disincentivized millions of workers from returning to their jobs when businesses opened back up. Job positions that survived the pandemic shutdown, anyway. Sharply rising inflation, a broken supply chain, and nearly 11 million job openings are what happens when the government pays millions of people not to work.

A recent paper from National Bureau of Economic Research reveals the harm done by these disincentives. States that cut extra unemployment benefits sooner fared better economically than those that did not, and the overall unemployment rate would have been 0.3% lower than it was. That doesn’t seem like much, but that small number has a big effect in real terms.

By the way, Democrats masterfully engineered the economy toward producing their desired $15 minimum wage. Can’t pass legislation? Exploit a pandemic to fundamentally transform the labor market.

The federal government created a terrible economic situation by meddling in the labor market. It will be a difficult fix, but one step toward better days would be to vote out of office the leftists who came up with these policies. Their only solution to any problem is more government intrusion. And the government has done enough already, thank you.

By  LEWIS MORRIS January 6, 2022 in Economy A new report confirms what was obvious to some of us all along. American workers quit their jobs at record levels in 2021. In November, 4.5 million workers left their jobs, the highest in eight straight months of record exits. It’s called the Great Resignation, and it’s yet…

By  LEWIS MORRIS January 6, 2022 in Economy A new report confirms what was obvious to some of us all along. American workers quit their jobs at record levels in 2021. In November, 4.5 million workers left their jobs, the highest in eight straight months of record exits. It’s called the Great Resignation, and it’s yet…