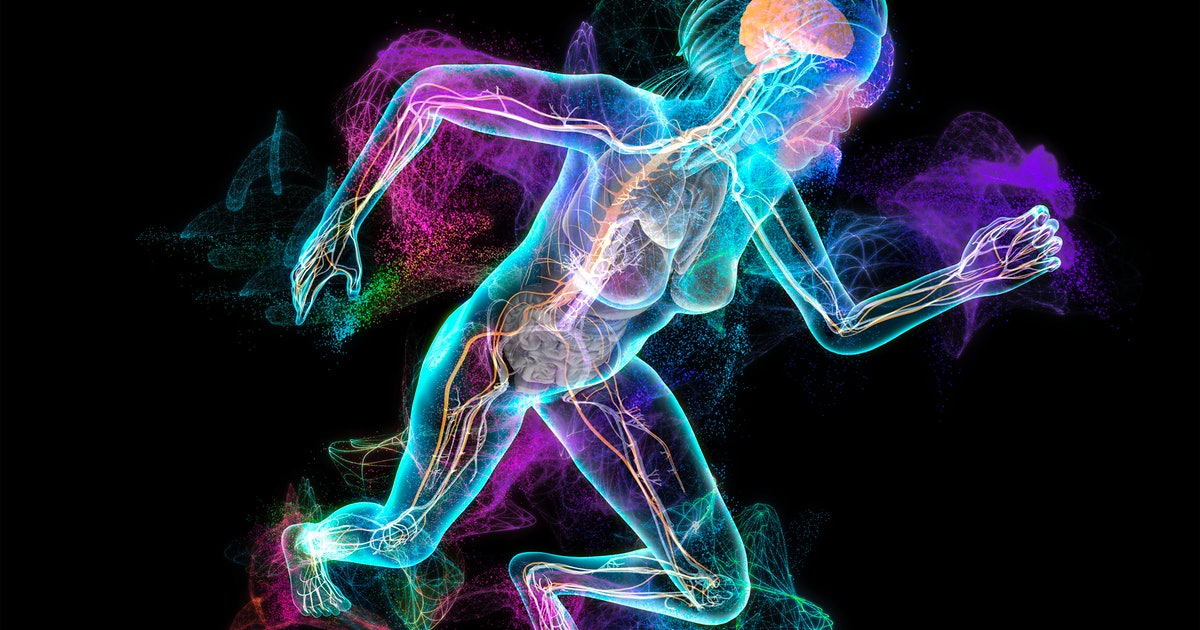 It’s a remarkably consistent finding: Physical activity is correlated to a lower risk of dementia, the losing one’s mental faculties typically in old age. But how much exercise is enough exercise is less clear — although a huge new study suggests just how little exercise can make a difference.

The findings jibe with past research. One review looked at 28 preexisting studies and analyses and 24 found a significant link between physical activity and risk of dementia.

In the new study, which included more than 60,000 people aged 65 and older, scientists reveal just how little exercise could make a difference. Specifically: The equivalent of an 18-minute daily walk or an hour on the golf course once a week were tied to a 14-percent reduction in risk for dementia compared to complete idleness.

The findings were published on the Journal of the American Medical Association’s Open Network in December.

Kinesiologists have a MET score for a wide range of activities. Complete rest means literally sitting and doing nothing physical, for example. That’s one MET minute.

According to this MET calculator, one minute of:

Science in Action — For this study, the researchers accessed the records of 62,286 participants, all 65 or older, who underwent health checkups with the Korean National Health Insurance Service between 2009 and 2013. All of the subjects filled out standardized questionnaires about their regular physical activities during the first checkup.

Researchers sorted the participants into four categories based on their average weekly MET minutes:

All of the people included had not been diagnosed with dementia at the time of their first checkup. But over the 42 months analyzed, 3,757 participants (6 percent) were diagnosed with some form of dementia or started taking an anti-dementia medication.

Researchers then compared rates of dementia among the four groups, with the inactive group as a baseline.

Further, participants who only did some light-intensity physical activity — defined as “walking at a slow or leisurely pace” or of the equivalent — had a significantly lower rate of dementia than the inactive group.

Among a subgroup of these participants, those that did very little exercise — between 1 and 299 MET minutes a week — still had a 10 percent less chance of a dementia diagnosis. Those that scored 300 or more MET minutes a week had a 14 percent reduced risk.

There are some fairly leisurely, senior citizen-friendly ways to build up 300 MET minutes a week. One could:

How This Affects Longevity — Physical inactivity is widely acknowledged as a modifiable risk factor for dementia. Two researchers at the University of California, San Francisco, writing in The Lancet in 2011, estimated that globally about 4.3 million cases of Alzheimer’s disease, the most common type of dementia, could be attributed to physical inactivity. There are about 44 million people living with Alzheimer’s around the world and 55 million with some kind of dementia.

This new study indicates that light physical exercise done for moderate durations — tending a garden a few days a week or a daily walk of a few blocks — may be enough to make a difference. It concludes:

Why It’s a Hack — It’s important to note that there is no sure way to prevent dementia and the mechanisms of why some people develop it are still mysterious to researchers. Genetics plays a role in some cases.

Despite plentiful evidence showing that physical inactivity is a risk factor, some health organizations have been wary of explicitly promoting exercise as a way to prevent or delay dementia.

In 2017, the National Academies of Sciences stated in its wide-ranging public policy document on dementia that “despite evidence accumulated over decades from observational studies showing the significant benefit of physical activity for reducing the risk of cognitive decline and dementia, supportive data from intervention studies have been sparse.” This means there have not been enough studies testing physical activity like a drug, with a specific protocol and a control group for comparison.

The panel argued that these studies differed from one another in their methods, many had small sample sizes, and most were observational studies that couldn’t prove a causal link — making it hard to change any public health messaging.

The new study is impressive for its huge sample size, but the authors acknowledge a limitation, one common to cohort studies: The study is a detailed picture of a small timeframe.

Its findings are based on the participants’ self-reported exercise routines at their first check-up, which took place at a late point in their lives. It doesn’t measure the accumulated benefits of exercise over the lifespan, like how a brisk or moderate workout routine in one’s 30s or 40s might improve their odds of avoiding dementia.

As the study states: “The conditions at the time of questionnaire completion may not represent the actual lifetime physical activity conditions.”

Still, the study does not stand alone in suggesting that physical exercise may help protect the brain from dementia, and the interventions it points towards — the equivalent of a nice midday walk or 20 minutes of morning stretches for older adults — do not make for a radical sacrifice or controversial health advice.

It’s a remarkably consistent finding: Physical activity is correlated to a lower risk of dementia, the losing one’s mental faculties typically in old age. But how much exercise is enough exercise is less clear — although a huge new study suggests just how little exercise can make a difference. The findings jibe with past research. One…

It’s a remarkably consistent finding: Physical activity is correlated to a lower risk of dementia, the losing one’s mental faculties typically in old age. But how much exercise is enough exercise is less clear — although a huge new study suggests just how little exercise can make a difference. The findings jibe with past research. One…