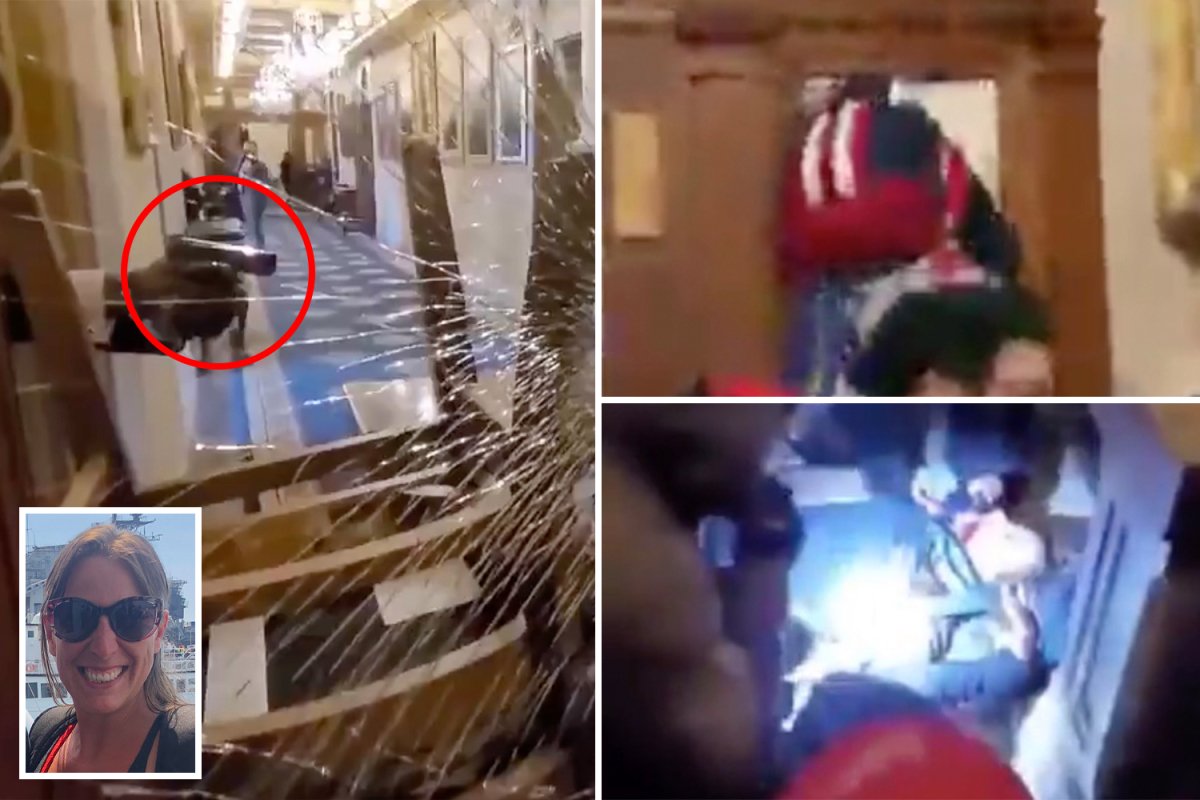 Do NOT Buy into the Demo-commies’, their RINO Allies’, and Their MSM’s January 6th Crap

Posted by Maggie on January 6, 2022 in From the editors

Just a reminder that the only person actually killed was an unarmed female military veteran climbing through a broken window, shot by a Capitol cop who fired from the ajar door of the House chamber … and without verbal warning … and with several of his own brethren standing close behind her. So, when the MSM and the dems repeat the misinformation about how many died at the Capitol that day, just know Ashli Babbitt was the only one who was defenseless and violently killed. Others who died that day died from various natural cases, as did the Capitol police officer Brian Sicknick who died at home on January 7 from multiple strokes … although the dems and the media continue to lie about his cause of death.

Sam J @ Twitchy: ‘Sick of this CRAP!’ John Hayward’s thread on what Democrats and media are REALLY using #January6th for a DEVASTATING (to them) must-read: “Democrats started their 2022 campaigns TODAY…”

American Greatness writer Julie Kelly has been the keeper of fact(s) for the past year on the J6 protest turned lame riot. Here are some of her articles deserving of the read(s)…

One Year Later, More Lingering Questions About January 6: If Republicans take over Congress next year, they must demand a full investigation under a new select committee.

And evidence to J6 being planned and instigated by the ‘Deep State’ operatives keeps growing. You can find a lot more on J6 from Julie Kelly here.

Thomas Buckley: Seven Hours in January Was Not Seven Days in May

The title of the unsigned editorial in The New York Times, January 2, is “Every Day Is Jan. 6 Now,” but a chilling assertion in the fourth paragraph justifies the inference that The Times means: “Every Day Is Hunt Down Conservatives Day Now.”  The fourth paragraph of this editorial, that should be a passage in a political thriller, not bizarre commentary on political reality, opens: “It is regular citizens who threaten election officials and other public servants[.]”

The following paragraph is no less execrable in mindset: “In short, the Republic faces an existential threat from a movement that is openly contemptuous of democracy and has shown that it is willing to use violence to achieve its ends.”

Remember, The Times is referring to “regular citizens,” not to the violence committed by Antifa and BLM in the cause of societal transformational reform to the Repressive State.  We must not forget that those store windows boarded up before the 2020 election were boarded up anticipating leftist violence against a re-elected Donald Trump.  The left is the source of most political violence in the country — and now the left’s megaphones promote the canard that Middle America must be held down to keep from resorting to violence?  Republicans, where are your denunciations of the calumnies from the left?

Convincing evidence that this twisted Jan. 2 editorial is not to be believed appears in the sixth paragraph, which calls the Pelosi “Jan. 6” House select panel “a bipartisan committee.”  Pelosi’s panel is an expedition into political ex parte-ism.  All nine members (the authorizing resolution calls for thirteen) are of a single mind on the subject Donald J. Trump: throw him in jail and toss the key…

How ridiculous has the dems’ hyping (and dangerously twisting) of the alleged “attack on democracy” that wasn’t been? This ridiculous and asinine… HuffPo (7/7/21): Congressman Donates Clothes From Viral Jan. 6 Photo To Smithsonian: “It’ll be surreal to one day take my kids to the Smithsonian and show them the blue suit behind glass,” Rep. Andy Kim said.

And the blm/antifa rioting, federal property destruction, looting, and threatening and assaulting of republican Congress members went on for days, if not weeks.

Related: Trump Just Rained on the Democrats’ January 6th Parade. “It seems like Trump realized that, as he cites the machinations of the January 6th committee as the reason for his cancellation. Whatever the reason, it’s a smart move on his part to deny them the viral clips and talking points they were banking on. I’m sure he and his advisers sat down and figured out what the game was here and chose not to play along. Now, what do the Democrats have? Some low-rated CNN coverage and a short speech from Joe Biden that no one will watch unless he has another senile moment that causes it to go viral. And that’s if the iced-up roads in the city of Washington, D.C., are even cleared in time for them to hold any live events. As it stands, it might snow again on Thursday.”

More: Is The FBI Ever Going To Get Around To Finding The Jan. 6 Pipe Bomber, Or Nah?

Heck, We’re still waiting for them to uncover the motive of the 2017 Las Vegas mass murderer. Or as America’s Newspaper of Record noted last year: FBI Assures Nation They Will Get Back To Figuring Out Why That Guy Shot 400 People In Vegas After They’re Done Investigating Parent-Teacher Meetings.

Posted by Maggie on January 6, 2022 in From the editors Just a reminder that the only person actually killed was an unarmed female military veteran climbing through a broken window, shot by a Capitol cop who fired from the ajar door of the House chamber … and without verbal warning … and with several of his own brethren standing close behind…

Posted by Maggie on January 6, 2022 in From the editors Just a reminder that the only person actually killed was an unarmed female military veteran climbing through a broken window, shot by a Capitol cop who fired from the ajar door of the House chamber … and without verbal warning … and with several of his own brethren standing close behind…

The J6 Capitol Protest: A Retrospective