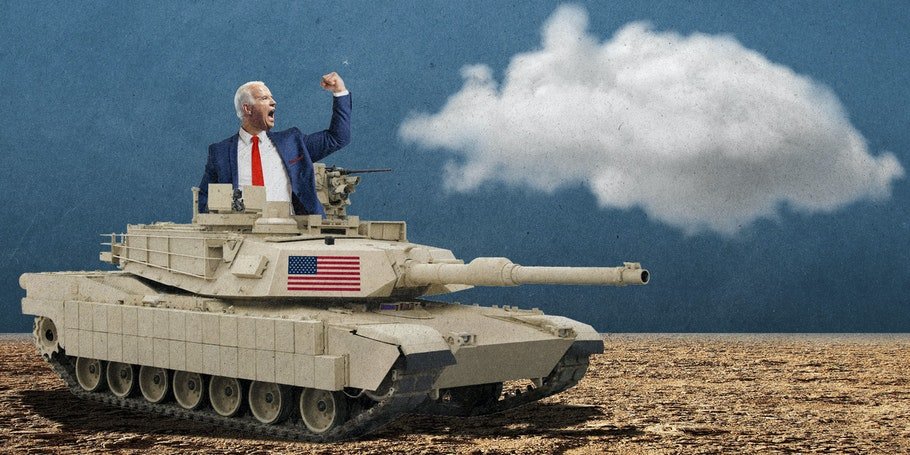 Joe Biden has spent his first year in office using every federal agency for this agenda.

Climate extremes dominated the news over the holiday season, with fatal tornadoes in Kentucky and surrounding states, wind-whipped wildfires in Colorado that destroyed neighborhoods, and a deluge of snow in the Lake Tahoe region that stranded motorists and set a December record for snowfall, alleviating the recent California drought in one fell swoop. Residents of the Mid-Atlantic region went from enjoying record-setting 70 degree weather over this past weekend to enduring a foot of snow seemingly in the blink of an eye.

Despite the fact that all these events are unusual but not exactly unprecedented, these media-enhanced weather patterns set the impression of climate change as being out of control. Needless to say, that narrative fits right in with the Biden administration’s push to use Uncle Sam’s power and might (not to mention billions of taxpayer dollars) in the misguided belief that it can curb global climate change through both foreign and domestic policy.

It took nanoseconds last January for the incoming Joe Biden to show he meant business on fundamentally transforming our climate approach by pulling the plug on the vital Keystone XL pipeline project. After catching his breath, a week later Biden put out a lengthy “Executive Order on Tackling the Climate Crisis at Home and Abroad.” In it, the administration decreed:

It is the policy of my Administration to organize and deploy the full capacity of its agencies to combat the climate crisis to implement a Government-wide approach that reduces climate pollution in every sector of the economy; increases resilience to the impacts of climate change; protects public health; conserves our lands, waters, and biodiversity; delivers environmental justice; and spurs well-paying union jobs and economic growth, especially through innovation, commercialization, and deployment of clean energy technologies and infrastructure. Successfully meeting these challenges will require the Federal Government to pursue such a coordinated approach from planning to implementation, coupled with substantive engagement by stakeholders, including State, local, and Tribal governments.

Interesting how the most important stakeholders — the American people — were kept out of that one, because climate change is seldom one of their biggest concerns until government policy ostensibly to address it costs them more at the pump or in the heating bill. And was anyone asked just what the optimum climate is that we’re trying to achieve?

As part of that January executive order, the administration announced in October that over 20 of its agencies and departments had submitted “Climate Adaptation and Resilience Plans.” We’re not sure why the Social Security Administration or Smithsonian Institution need to worry about climate adaptation and resilience, but they, among others, have a plan just in case.

However, there was another section of Biden’s January executive order that recently raised Republican ire. Thanks to the stroke of his pen, a new agency was created within the Department of Health and Human Services. The Office of Climate Change and Health Equity was tasked with a mission “to protect vulnerable communities who disproportionately bear the brunt of pollution and climate-driven disasters, such as drought and wildfires, at the expense of public health.” According to National Climate Advisor Gina McCarthy, “The new HHS Office of Climate Change and Health Equity (OCCHE) is fulfilling President Biden’s vision to bring America’s world-class medical community into the fight against climate change — a fight for our health that ensures no community is left behind.”

While that sounds awfully high-minded, Republicans question whether OCCHE is duplicative and redundant, given that it was created by executive order and not by legislation.

That, though, seems to be small potatoes given the rush of the Biden regime to put more taxes on oil or decree that our nation will be carbon neutral by 2050. Even now, the government is taking the first steps through a massive overhaul of its vehicle fleet to “zero emission” vehicles, then retrofitting buildings with a similar goal in mind. And if that’s not enough, the Biden scheme demands “100 percent carbon pollution-free electricity by 2030, at least half of which will be locally supplied clean energy to meet 24/7 demand.” Who will pay for that? And unless they cover the landscape with Chinese-made solar panels or imported wind turbines, where will they get that energy?

Obviously, any executive order can be rescinded by the next occupant of the Oval Office, but the process of turning the ship around will be nearly impossible given the widespread efforts from the Biden administration — and that’s what they’re counting on. Even if the Republicans’ questioning of the executive order bears the fruit of stopping the OCCHE office in its tracks, the forces of good, limited government are barely playing whack-a-mole with everything that pops up from the fertile minds of those who tell a good story about how we’re irrevocably harming our planet.

It’s a story that won’t have a happy ending until that pen is taken away from Joe Biden and his allies.

By MICHAEL SWARTZ January 5, 2022 in Climate Change Joe Biden has spent his first year in office using every federal agency for this agenda. Climate extremes dominated the news over the holiday season, with fatal tornadoes in Kentucky and surrounding states, wind-whipped wildfires in Colorado that destroyed neighborhoods, and a deluge of snow in…

By MICHAEL SWARTZ January 5, 2022 in Climate Change Joe Biden has spent his first year in office using every federal agency for this agenda. Climate extremes dominated the news over the holiday season, with fatal tornadoes in Kentucky and surrounding states, wind-whipped wildfires in Colorado that destroyed neighborhoods, and a deluge of snow in…

Over half of Americans worry something like Jan. 6 could happen again