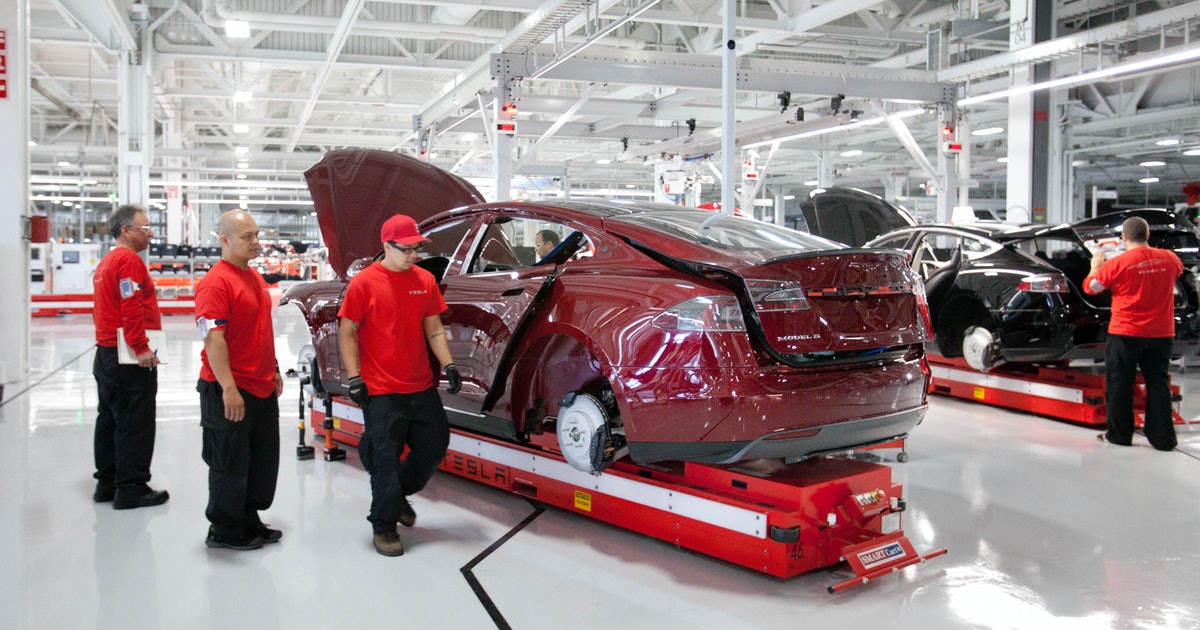 Musk quote of the week: “Most people still have no idea that sustainable energy generation is growing so fast” — Elon Musk tweeted on December 27. It’s an optimistic setup for the new year, which some activists fear will showcase how dire our climate crisis is becoming. As people push for cleaner and greener energy, hopefully Musk is right.

Of course, with progress comes growing pains. Tesla recently recalled 356,309 Model 3 vehicles out of concern for a faulty rear camera. In addition, Tesla recalled 119,009 Model S vehicles that might have a spontaneously opening front trunk and around 200,000 vehicles in China for the same reason.

This large recall, which involves more Teslas than the total delivered in 2020, is frightening news for Tesla owners and potential buyers. But, to put it in perspective, in 2021, General Motors recalled around 400,000 trucks for exploding airbags and Ford recalled 3 million vehicles, also for malfunctioning airbags. Recalls happen. They’re good reminders that no car is invincible.

SpaceX: Getting fired up

Boca Chica update channel LabPadre posted a video of SpaceX conducting another red-hot static fire test on S20. “It looks like only one tile was dislodged which was a much better outcome than the last test,” LabPadre wrote in the caption. “They tried for a fifth static fire but aborted later in the evening.”

These Starship tests are exciting and promising, but unfortunately, Starship won’t be flexing its new muscles any time soon. The Federal Aviation Administration has pushed back its Programmatic Environmental Assessment decision for the Starship launch to February 28. This is disappointing for any eager Starship fans, but hopefully, a delay just means that SpaceX has even more time to prepare for a seamless spring launch.

But while it waits on the FAA, SpaceX is wasting no time with Starlink. A satellite payload is scheduled to take off with Falcon 9 from the Kennedy Space Center on January 6 at 4:49 p.m. Eastern time. The flight will be SpaceX’s 34th Starlink mission and first of 2022.

Customers might be glad to see SpaceX so committed to making Starlink happen so soon, but they’d be the only ones. China, meanwhile, has complained about close, life-threatening encounters between its Tiangong space station and orbiting Starlink satellites. As SpaceX grows its Starlink net and space junk starts to mimic Earth junk, we might be forced to confront the danger of putting more stuff in space.

10. Elon Musk visited A.I. researcher Lex Fridman’s podcast for the third time. No subject was left off the table — in addition to other topics, the two covered Starship, wormholes, Tesla Bot, and for the culturally inclined, Rick and Morty. You have to have a very high IQ to understand Rick and Morty.

9. You have to have a very good set of tires to drive a Tesla in the snow. Tesla owners driving vehicles with all-weather tires are finding that when it comes to Tesla vs. the snow, the snow usually wins. Try a snow tire, why don’t ya.

8. Following a software update, Tesla owners and passengers are no longer able to play video games while the car is in motion. Park your car. Build and carry out a snowman execution instead.

7. Where are poor house cats to go on a winter’s day? Dewormed and so far from the sharp-toothed wildcats they descended from? I know! Inside the scoop of a Starlink satellite dish. This alone is worth $499.

6. Light display aficionado and YouTuber Tom BetGeorge conducted a dance-off between his and his neighbor’s Teslas. He programmed the cars to flash to the sound of Michael Jackson’s “Beat It,” and you can download the program for $4.99 if you want to challenge your own neighbor. Musk found it to be profoundly “fire emoji.”

5. Omicron might be wreaking havoc on the globe, but for Musk, there’s no time like the present to post anti-vaccination memes on Twitter. Seeing Musk express one of his more controversial opinions might upset you, or maybe you agree with him. Either way, it’s important to stay updated with the latest verifiable information. Inverse has you covered.

4. Mars is warmer than Minneapolis. But Minneapolis has better public transportation.

3. China’s National Space Administration shared photos from its Tianwen-1 Mars mission on January 1. The images are fantastic; they showcase Mars’ rippling North Pole ice cap and the dusty red cusp of the planet. Out of the dust, season two of Emily in Paris appears.

2. Wondering what it’s like to spend New Year’s Eve in space? This time-lapse from German astronaut Matthias Maurer will give you a good idea. The video shows a few astronauts gleefully enjoying a canned dinner aboard the International Space Station, welcoming the new year space-style. Is it still champagne if it’s 265 miles above Champagne?

1. And a piece of Musk history: Slightly less exciting — on December 31, 2019, Musk celebrated his new year from inside the Tesla Fremont factory, where he helped workers make end-of-year deliveries. “Yay, work!” the world screams in unison.

The ultra-fine print — This has been Musk Reads #279, the weekly rundown of essential reading about futurist and entrepreneur Elon Musk. I’m Ashley Bardhan, assistant to Musk Reads.

SpaceX and others set a staggering spaceflight record in 2021