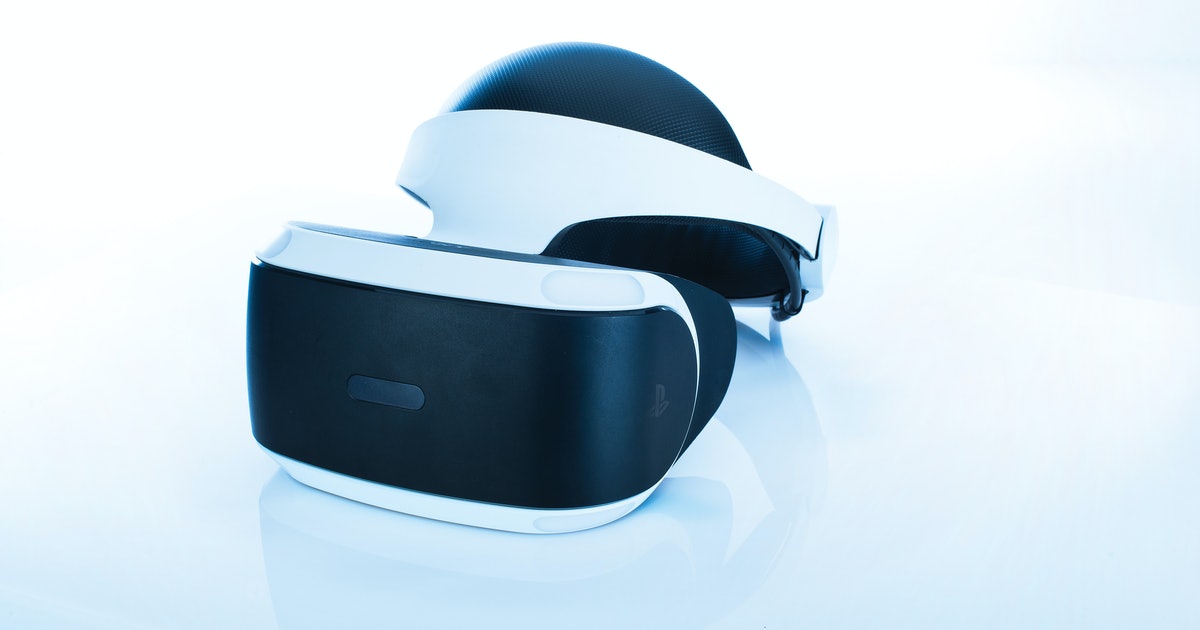 PSVR 2 release date, controllers, and features for the new headset

The PSVR follow-up we’ve all been waiting for is finally coming. Officially named PlayStation VR 2, Sony’s next-gen successor to its PSVR headset will work with the PlayStation 5. That’s great news for players who have been enjoying games like Hitman 3 in PSVR who hunger for a more powerful device that’s less cumbersome to set up.

At CES 2022, Sony shared more details about the device, revealing its official name, specs, features, and details about the controllers, which are called PSVR 2 Sense. Judging by the information, the new device sounds like a major improvement over the serviceable, but limited PSVR. Here’s everything you need to know about PSVR 2.

When is the PSVR 2 release date?

PSVR 2 doesn’t have a release date. A January 5, 2022 blog post only confirmed details about its specs and features, with no mention of a release date or window.

Though, according to a 2021 Bloomberg report, Sony is apparently targeting a holiday 2022 launch. Assuming nothing has changed internally, we could very well get our hands on the new headset this year.

How much will PSVR 2 cost?

It’s too early to say, considering the headset is still deep in development. That said, it’s likely Sony will keep the price low — at least compared to other VR headsets. One of the selling points of the original PSVR was its low price point compared to other devices, so it only makes sense that Sony would take a similar approach this time around.

Pricing will have to be competitive too, considering the Meta Quest 2 costs the same amount as a PSVR now. And that’s the price for a standalone VR device with higher resolution and controllers included in the package. If Sony is going to remain relevant in the space, it’ll need to stay about on par with that price range or risk losing early PSVR adopters to Oculus.

There’s still a lot we don’t know about the new PSVR 2 headset in terms of price. Will there be multiple options available at launch? Will the PSVR 2 Sense controllers be available separately?

It’s likely the new headset will cost around $400 at launch, though Sony might go even lower to get more consumers on board. We’ll find out more about pricing as we get closer to launch.

What are the PSVR 2 specs?

Alongside the CES 2022 reveal, Sony gave us more info about the PSVR 2’s specs. The new headset seems to be a major upgrade, most notably in that it displays at 2000 x 2040 per eye. This will make images look less blurry, which was a common issue with the previous headset.

The PSVR 2 specs are as follows:

What are the new PSVR 2 controllers?

Despite the headset being so far away, Sony has already revealed the headset’s new controllers and has even shown pictures of them. Rather than sticking with the Wiimote-style design of the PlayStation Move, Sony opted for something that more closely resembles the Oculus Touch. The PSVR 2 Sense controllers adopt a round design that surrounds the controls themselves. Like a normal PlayStation controller, these feature four primary face buttons, two joysticks, and four triggers split between the two devices.

The PSVR 2 Sense controllers will work in tandem with the headset to give players more immersive experiences.

How does tracking work on PSVR 2?

Tracking on a current PSVR is a little cumbersome. Players have to set up a camera, which follows the lights on your PS Move controllers to determine motions. That’s changing with the new unit.

Eye-tracking is another major feature being implemented with PSVR 2. “A simple look in a specific direction can create an additional input for the game character,” Sony explained in a blog post.

The PSVR 2 headset itself has four internal cameras and an IR camera for eye-tracking, while the PSVR 2 Sense controllers will feature position tracking.

What games are coming to PSVR 2?

As part of the CES 2022 reveal, Sony announced Horizon Call of the Mountain, a PSVR 2 exclusive game set in the beloved Horizon universe. It’s still early in development, but it’ll likely launch alongside the PSVR 2 headset.

Aside from that, it’s unclear what other PSVR 2 projects are in the works, but given how committed Sony is to the new device, it’s highly likely the headset will launch with other games, as well. At this point, we’re still curious about backward compatibility with PSVR 2, and how games will look like in action.

Sony says that it learned a lot of lessons with its first attempt at VR and that the new headset will iterate on the original in some important ways. In fact, it’s referring to the new headset as a “new VR format” entirely. The biggest news for fans is that the new PSVR will use a single cord setup instead of the convoluted, multi-cable box that the PSVR currently uses.

In addition, PSVR 2 will come with “new sensory features,” such as a built-in motor that vibrates during gameplay. The PS5’s Tempest 3D AudioTech will be utilized, giving players surround sound audio that adds to the immersion.

Other than that, Sony Senior Vice President Hideaki Nishino says that the headset will improve on the original in several areas. “We’re taking what we’ve learned since launching PSVR on PS4 to develop a next-gen VR system that enhances everything from resolution and field of view to tracking and input,” says Nishino.

The PSVR 2’s use of a single cord combined with dropping the need for an external camera, along with the improved specs, is exciting, making great strides in the VR space.

The PSVR follow-up we’ve all been waiting for is finally coming. Officially named PlayStation VR 2, Sony’s next-gen successor to its PSVR headset will work with the PlayStation 5. That’s great news for players who have been enjoying games like Hitman 3 in PSVR who hunger for a more powerful device that’s less cumbersome to…

The PSVR follow-up we’ve all been waiting for is finally coming. Officially named PlayStation VR 2, Sony’s next-gen successor to its PSVR headset will work with the PlayStation 5. That’s great news for players who have been enjoying games like Hitman 3 in PSVR who hunger for a more powerful device that’s less cumbersome to…