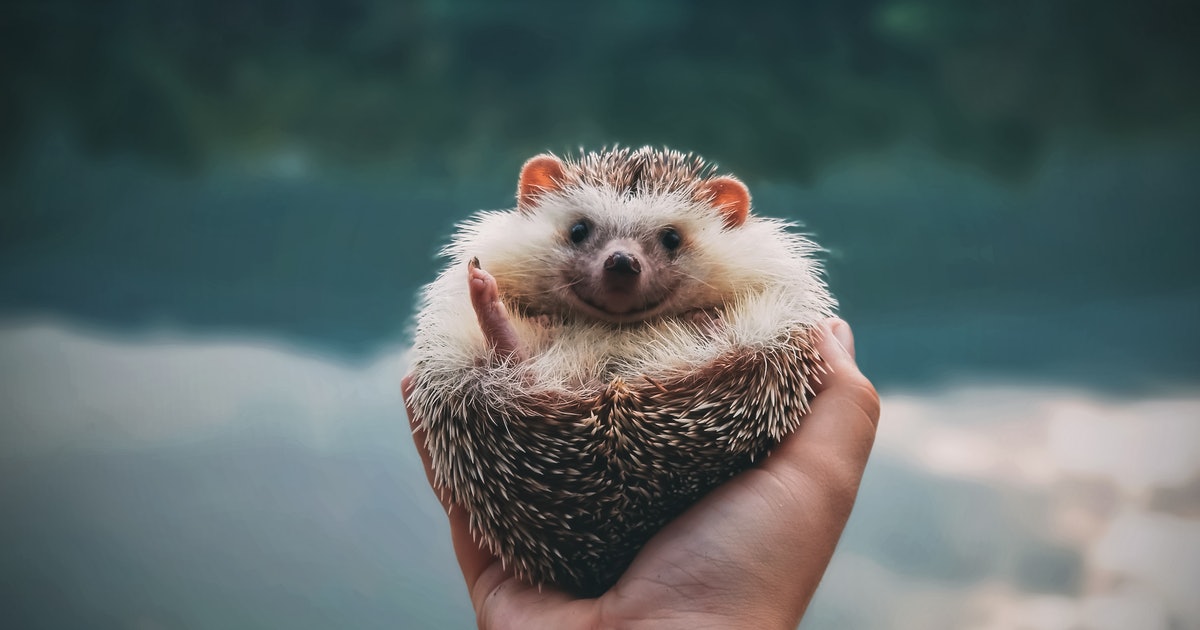 Humans are excellent at many things — including creating our own most prominent problems. One of these is the evolution of Methicillin-resistant Staphylococcus aureus, aka MRSA. This antibiotic-resistant bacteria has taken the world by storm, caused countless deaths, stumped medical professionals, and, so the conventional wisdom goes, it is our fault. Except perhaps it isn’t.

What’s new — For decades, scientists believed the widespread human introduction of antibiotics in the mid-twentieth century gave rise to MRSA. But according to a study published Wednesday in the journal Nature, the truth is far stranger — and far more natural — than we thought.

“Our findings are inconsistent with the view that the evolution of methicillin resistance in mecC-MRSA was driven by our use of antibiotics in human and veterinary medicine,” Jesper Larsen, corresponding author on the study and a researcher at the Statens Serum Institut, tells Inverse.

Instead, the data “demonstrate that wild hedgehogs constitute a natural reservoir for MRSA,” Larsen adds.

But instead of Sonic the Hedgehog fighting the fictional Doctor Eggman, real-life doctors are now battling the evolutionary ramifications of the hedgehog’s antibiotic-resistant nature. Doctors typically treat bacterial staph infections with antibiotics, but some of these bacteria developed resistance over time to antibiotics, leading to MRSA.

Ewan Harrison, a senior scientist on the study and a researcher at the Wellcome Sanger Institute, says in a press statement that MRSA likely “evolved in a battle for survival on the skin of hedgehogs.” Further, MRSA likely developed an entire century before we had thought.

The new findings shed light on the hedgehog’s pivotal role in the emergence of mecC-MRSA (MecC is a gene that neutralizes antibiotics in hedgehogs).

The discovery — Since MRSA was first found in dairy cows and, later, humans, many scientists assumed antibiotic resistance arose in dairy cows due to farmers over-using antibiotics to treat infections in livestock.

Similarly, scientists identified the first case of MRSA in humans in 1960 — one year after the antibiotic methicillin became a treatment for human staph infections. Again, the wisdom went we had created our enemy via medicine.

“Clinical use of these antibiotics were all followed by the rapid emergence of resistance genes in many common bacterial pathogens,” Larsen explains.

“This history has led to the generally accepted views that antibiotic resistance in pathogenic bacteria is a modern phenomenon,” he adds. But this theory had a problem: A lack of a genetic paper trail.

“MRSA evolved in a battle for survival on the skin of hedgehogs.”

MRSA is found in a “broad range of wild animals,” including hedgehogs. So, the researchers behind the recent Nature study speculated that MRSA arose through natural selection and not through human-developed, clinical antibiotics. To confirm their hunch, they analyzed nasal and skin samples from 276 hedgehogs living in wildlife rescue centers in 10 European countries, as well as New Zealand.

What they found — Larsen pinpoints four key findings, all of which suggest a natural — and non-human — origin of mecC-MRSA, specifically in hedgehogs:

The scientists identified mecC-MRSA in 66 percent of the hedgehogs surveyed in England. Even in hedgehogs that tested negative for mecC-MRSA, scientists still identified methicillin-susceptible S. aureus (MSSA) genetic markers belonging to the same lineage as mecC-MRSA

The scientists theorize MRSA likely spread from hedgehogs to humans in one of two ways:

Why it matters — The scientists’ prickly findings upend our understanding of how antibiotic-resistant bacteria evolved. Instead of developing in response to clinical antibiotics, scientists now believe MRSA originated in hedgehogs in nature long before modern medicine took hold.

It’s a remarkable — and controversial — finding, as it runs contrary to decades of longstanding scientific belief. The discovery is also a stark reminder that zoonotic transmission of diseases between wildlife and humans is far more common than we realize — a fact that’s become clear during the Covid-19 pandemic, as scientists still puzzle to figure out how SARS-CoV-2 jumped from bats to humans.

Larsen argues the study’s findings underscore the need for a “One Health approach,” which means bringing experts from multiple sectors, ranging from agriculture to biology, into further research on zoonotic diseases and the “rising threat” of antibiotic-resistant bacteria.

What’s next — The researchers’ findings are limited, mainly because the study encompassed “only a small part of the geographical range and a small number of hedgehog samples in most countries.”

But when you’re dealing with a superbug like MRSA, any new information about its evolution can be a boon for scientists trying to stem antibiotic resistance.

Further, we are still culpable here, at least in part. MRSA can cause severe infections and pneumonia, leading to sepsis and death, especially in hospitals and nursing homes. The U.S. Centers for Disease Control estimates 20,000 Americans died of staph infections in 2017 — including both MRSA and the lesser-known methicillin-susceptible Staphylococcus aureus (MSSA).

“Our findings demonstrate that there are other possible drivers [of MRSA] than just clinical use of antibiotics,” Larsen says, adding, “there is no doubt that the widespread overuse of antibiotics in humans, livestock, and agriculture is the most important driver of antibiotic resistance in pathogenic bacteria.”

Abstract: The discovery of antibiotics more than 80 years ago has led to considerable improvements in human and animal health. Although antibiotic resistance in environmental bacteria is ancient, resistance in human pathogens is thought to be a modern phenomenon that is driven by the clinical use of antibiotics1. Here we show that particular lineages of methicillin-resistant staphylococcus aureus—a notorious human pathogen—appeared in European hedgehogs in the pre-antibiotic era. Subsequently, these lineages spread within the local hedgehog populations and between hedgehogs and secondary hosts, including livestock and humans. We also demonstrate that the hedgehog dermatophyte Trichophyton erinacei produces two β-lactam antibiotics that provide a natural selective environment in which methicillin-resistantS. aureus isolates have an advantage over susceptible isolates. Together, these results suggest that methicillin resistance emerged in the pre-antibiotic era as a co-evolutionary adaptation of S. aureus to the colonization of dermatophyte-infected hedgehogs. The evolution of clinically relevant antibiotic-resistance genes in wild animals and the connectivity of natural, agricultural and human ecosystems demonstrate that the use of a One Health approach is critical for our understanding and management of antibiotic resistance, which is one of the biggest threats to global health, food security and development.

Humans are excellent at many things — including creating our own most prominent problems. One of these is the evolution of Methicillin-resistant Staphylococcus aureus, aka MRSA. This antibiotic-resistant bacteria has taken the world by storm, caused countless deaths, stumped medical professionals, and, so the conventional wisdom goes, it is our fault. Except perhaps it isn’t.…

Humans are excellent at many things — including creating our own most prominent problems. One of these is the evolution of Methicillin-resistant Staphylococcus aureus, aka MRSA. This antibiotic-resistant bacteria has taken the world by storm, caused countless deaths, stumped medical professionals, and, so the conventional wisdom goes, it is our fault. Except perhaps it isn’t.…

50 years ago, Richard Nixon made a radical decision that changed NASA forever