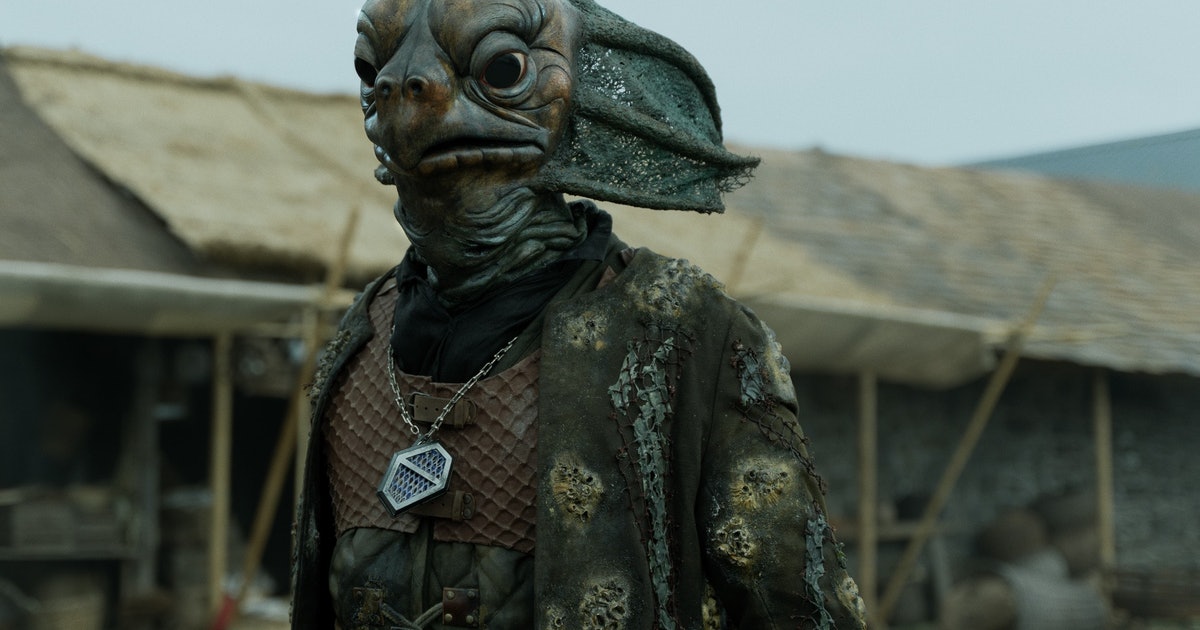 Legend of the Sea Devils’ release date, trailer, and the next Doctor for the Spring 2022 special

One of the oldest and wackiest Doctor Who villains is back, and for once they actually look awesome. Originating in a Third Doctor story in 1972, and last seen in 1984, the aquatic Sea Devils will return for Jodie Whittaker’s next big Doctor Who special in 2022. Here’s everything to know about Doctor Who: Legend of the Sea Devils, including what it’s about, when it airs, and how it shakes up the wibbly-wobbly Who canon.

What happened in Eve of the Daleks?

After the events of the Doctor Who New Year’s Day special, The Eve of the Daleks, the current TARDIS crew is back together again and headed off for new adventures. However, at one point in the time-loop episode, the Doctor (Jodie Whittaker) told Yaz (Mandip Gill) that her “actions” were “catching up” with her. Yaz later asked her what she meant, and the Doctor shrugged it off. But we all know: The Thirteenth Doctor is headed for a regeneration. In the Flux season finale, a character named “Time,” told the Doctor, “Your time is heading to its end… nothing is forever, no regeneration, no life.”

What this means in reality is that the three 2022 Doctor Who specials have begun, and each new installment counts down to the end of the Whittaker era. Eve of the Daleks was the first, meaning Legend of the Sea Devils will be the penultimate Thirteenth Doctor adventure.

Trailer for Doctor Who: Legend of the Sea Devils

In the trailer for Legend of the Sea Devils we see the Doctor, Yaz, and Dan take a trip to 19th century China, where they meet the pirate queen Madame Ching (Crystal Yu). And the final shot of the trailer revealed a Sea Devil, an adversary of the Doctor we haven’t seen onscreen since the 1984 Fifth Doctor (Peter Davison) serial, “Warriors of the Deep.”

Who are the Sea Devils?

First introduced in a Third Doctor (Jon Pertwee) 1972 serial called “The Sea Devils,” these aquatic lifeforms aren’t space aliens, but rather an offshoot of an ancient sentient reptilian species, the Silurians.

Introduced in a 1970 Third Doctor serial called “Doctor Who and the Silurians,” this race of upright reptiles ruled Earth for centuries and co-existed alongside the dinosaurs before the evolution of humans. Both the reptilian Silurians and their aquatic Sea Devil cousins appeared in 1984’s “Warriors of the Deep.” But, it wasn’t until the Eleventh Doctor’s (Matt Smith) 2010 episodes “The Hungry Earth” and “Cold Blood” that the Silurians returned. After their comeback, the Silurians appeared sporadically throughout both the Smith and Capaldi eras, but the Sea Devils went ignored.

Until now! The title of Legend of the Sea Devils suggests that Doctor Who is reassessing the canonicity of the original Sea Devils, and will attempt to reconcile them with previous versions of the Doctor. The timeline has been reset and altered quite a bit since the Fifth Doctor era, which could indicate that these Sea Devils have a different objective than the ones we’ve seen before. And while previous Sea Devil encounters happened in the 20th and 21st centuries, this episode takes place in the 19th century. So, at least from the Sea Devils’ point of view, this could mean we’re about to see the first meeting between the Doctor and their species.

Who is in the cast for Doctor Who: Legend of the Sea Devils?

The next Doctor Who special will star:

What is the release date for Doctor Who: Legend of the Sea Devils?

According to a press release from the BBC, Legend of the Sea Devils will air sometime in Spring 2022. Jodie Whittaker’s final special will then air in autumn, so we could see her regeneration before Thanksgiving 2022.

When will the next Doctor Who actor be announced?

As many fans have pointed out, in January 2009 Matt Smith was revealed to be replacing David Tennant as the Doctor in 2010. That was nearly a full year before the regeneration actually occurred on screen. From 2009 to early 2010 David Tennant also had a few one-off specials to wrap up his tenure as the Tenth Doctor, but fans were aware of who the next Doctor would be.

Right now we’re in a similar position as fans were in 2009; we’re watching some one-off specials from an incumbent Doctor with the knowledge that a new one is coming. But the new Doctor hasn’t been revealed, and the final episode with the incumbent is coming much sooner.

After Jodie Whittaker leaves the role showrunner Chris Chibnall will also depart, making way for the return of showrunner Russel T Davies, who relaunched Who back in 2005. Has Davies already cast the new Doctor? Have they started filming?

We don’t know. But if Doctor Who production history holds with tradition, the answer is yes. Not only has the new Doctor likely been cast, but they may have already filmed their regeneration scene. This means The Legend of the Sea Devils puts us one step closer to seeing the new face of Doctor Who for 2023 and beyond.

You can stream Doctor Who on AMC+.

One of the oldest and wackiest Doctor Who villains is back, and for once they actually look awesome. Originating in a Third Doctor story in 1972, and last seen in 1984, the aquatic Sea Devils will return for Jodie Whittaker’s next big Doctor Who special in 2022. Here’s everything to know about Doctor Who: Legend…

One of the oldest and wackiest Doctor Who villains is back, and for once they actually look awesome. Originating in a Third Doctor story in 1972, and last seen in 1984, the aquatic Sea Devils will return for Jodie Whittaker’s next big Doctor Who special in 2022. Here’s everything to know about Doctor Who: Legend…