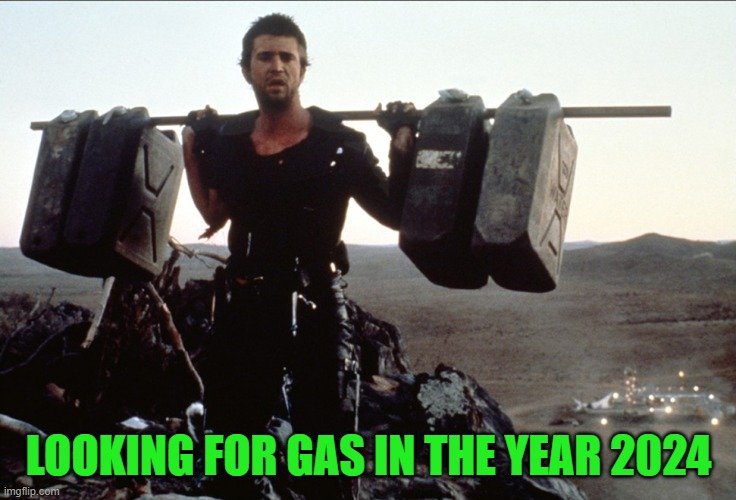 Posted by Maggie on January 5, 2022 in From the editors

From Bidenville to on the road to Bartertown.
But wait, it gets even Biden better…

Steven Nelson: Biden says he found out from family friend that meat costs are soaring 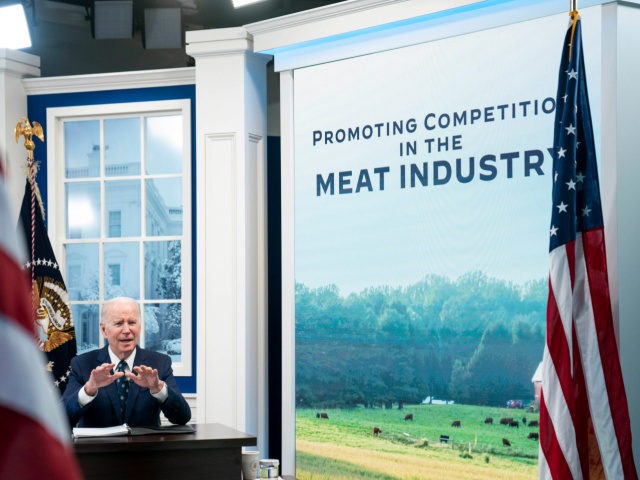 American workers are not causing the problem: Joe Biden is. https://t.co/805T2m3FDa

VIDEO: Meat processing industry ‘at the breaking point’ due to lack of competition

Breck Dumas: Biden aims to reduce meat prices with more regulations, federal spending: The president is throwing another $1 billion at the issue after spending $500 million during the summer

Megan Henney: US inflation surges to 39-year high as consumer prices soar: It was the fastest pace in nearly four decades

A 24+ hour traffic dead-stop on a frozen Virginia interstate got far more coverage than a year’s worth of millions of illegal aliens invading our southwestern border.

^^FYI^^ – A statistic of 2021 you’ll not see widely mentioned on the leftist MSM that promoted and cheered the “defund the police” movement and the 2020-21 rioting in the streets and the rise in the nation’s crime rates in democrat-run cities.

Audrey Conklin: Police officers shot, killed in 2021 at all-time high: National Fraternal Order of Police: The FOP recorded 314 officers shot in the line of duty so far in 2021

Old: If you can’t do the time, don’t do the crime.

New: If you can’t do the time, Alvin Bragg will be there for you.

Very worth pointing out that the new DA Alvin Bragg is the latest political investment that paid-off for George Soros.

As 2022 unfolds, for your own consideration and debate(s)…

By The “Authority” Invested in Nobody…

Bonchie: The West Is Burning Down Before Our Eyes: Perhaps nothing has done more to expose the authoritarian tendencies of many “democratic” leaders throughout the world than COVID-19… … Amen.

President Macron of France drew criticism over his comments about people who had refused coronavirus vaccines. “I really want to piss off the unvaccinated,” he told the newspaper Le Parisien. “And so we are going to continue doing that, until the end.” https://t.co/iDStro7wVx

English langauge press grappling with reporting Macron saying he wants to ‘«Emmerder» the unvaccinated is quite funny. Most going with ‘piss off’ and others ‘hassle’… of course it literally means ‘to shit on’

Dr Robert Malone, a vaccinologist who has spent most of his career working on vaccine development and helped to pioneer mRNA vaccine technology, has been described as an “anti-vaxxer” in the media following his interview with @joerogan

Do you see the absurdity yet? 🤔

Debra Heine: Omicron Continues to Surge in Highly Vaxxed Areas, Infecting Mainly Fully Vaccinated and Boosted People … And yesterday old Joe Biden announced, again, in the face of the actual science/data/facts that COVID is a pandemic of the “unvaxxed”.

I&I: Has COVID Run Its Course? This Chart Suggests the Answer Is Yes.

Anthony Sadar: Science is in trouble: Labeling as “conspiracy theorists” credentialed subject-matter experts who have legitimate questions about the science behind COVID-19’s origin or the confidence the Intergovernmental Panel on Climate Change places in climate models is not helpful to the cause of science communication or, more importantly, the overall advancement of science…

WE: Social media employees should not be arbiters of truth

VIDEO: The more power Americans give government, the more it will ‘crush’ them: Sonnie Johnson, podcast host of ‘Did She Say That,’ discusses what Republicans can do at a local level to change the education system.

VIDEO: Media wants a world where nobody can criticize Biden: Coglianese: ‘The Liz Wheeler Show’ host Liz Wheeler and Daily Caller editorial director discuss the treatment of the president

On that last note, hilariously, a Canadian media outlet wrote how the Canucks may have to militarily invade– “intervene” in the USA … for our own good of course … if the GOP wins big in the next elections, or somesuchshit…

Twitchy: OMG-LOL! CanaDUH wonders if they should intervene in America’s next presidential election to stop the GOP and the jokes just write THEMSELVES

If the next presidential election reveals the U.S. hurtling toward possible violence and autocracy, should Canada try to intervene? https://t.co/4GcnQskumH

Tucker Carlson: The world we live in cannot last, but that’s not necessarily a tragedy: At some point down the road, you can imagine young people setting out for the all but abandoned interior of our continent

Congress sets out to prevent a replay of the Capitol riot

None Dare Call It Treason