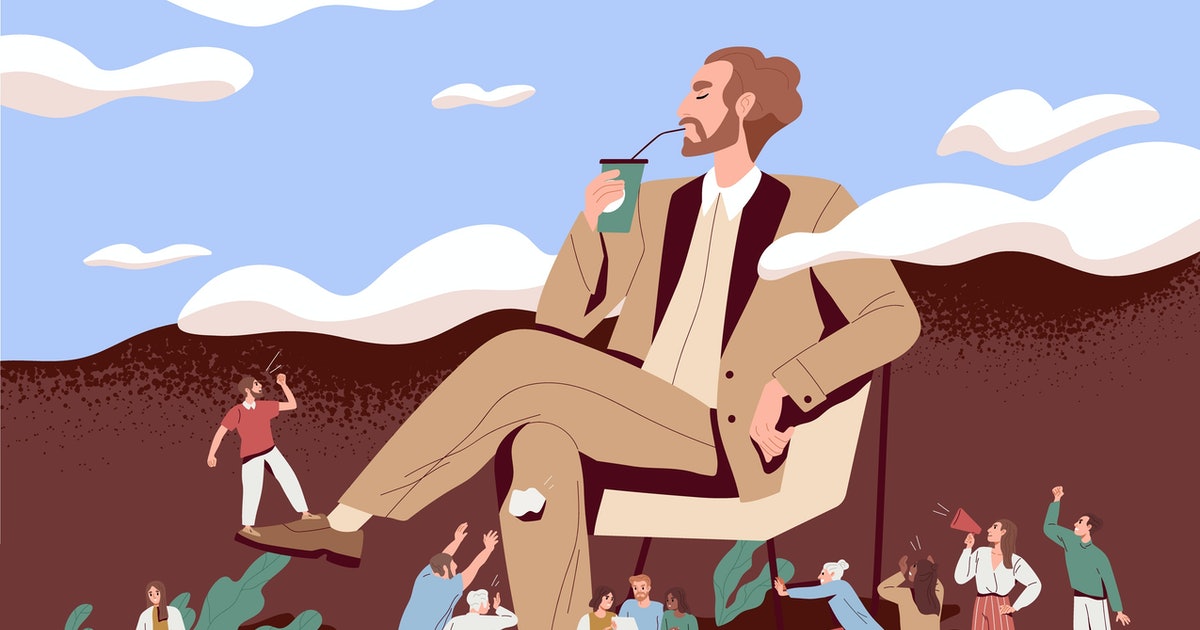 A new report from Bloomberg paints a picture of development hell at Ghost Story Games, the studio founded by BioShock creator Ken Levine.

Talking to multiple former developers, the report delves into detail on Levine’s flawed management style, poor communication, and erratic leadership. While Levine is one specific example, the problems with his studio highlight a larger issue within the industry, where excessive power is given to so-called “auteurs.”

Levine’s first big hit was the cult-classic System Shock 2 in 1999. His studio Irrational Games really hit it big with the 2007 shooter BioShock, widely considered one of the greatest games ever made. Ghost Story Games was founded in 2017, after Levine talked about the stress of creating a massive AAA title like BioShock. Levine wanted to scale down the team, so he shut down Irrational Games to head a smaller team at Ghost Story.

According to Bloomberg’s report, this announcement came as a shock to the staff at Irrational, outside of the few people he had personally selected to move to the new studio. Mike Snight, a level designer at Irrational, said knowing that the rest of their colleagues would soon be laid off was awful: “We didn’t come into the studio for a while. There was a lot of survivor’s guilt.”

While Snight and the eleven others did move to Ghost Story Games, he and half of the team has since left the developer.

Due to his strong relationship with the company, Levine managed to sign a deal with Take-Two, which is also the publisher responsible for companies like 2K and Rockstar Games. According to Bloomberg, Take-Two essentially gave Levine a blank check with little to no oversight. The studio initially planned to release a small game in 2017, but five years later it still has nothing to show. (Both Ghost Story Games and Take-Two declined to comment to Bloomberg. )

The report alleges this is largely due to Levine’s contentious management style. Apparently, Levine has a habit of constantly reworking material, throwing months of progress out the window, sometimes against the wishes of other developers.

Elsewhere, the Bloomberg report claims that people initially followed Levine because of his charm and charisma. Giovanni Pasteris, an early employee at Ghost Story Games, explained that despite that initial appeal, Levine “can become moody and lash out, singling out an individual, while berating them in front of their co-workers.

While the report on Levine is important, this isn’t some one-off event. Game development, much like Hollywood, puts a huge emphasis on its “star” developers and building studios around visionary individuals. Not every studio headed by an auteur has reports of abuse, but far too many of them do.

Last year the founder of Fullbright, Steve Gaynor, stepped down amidst allegations of abuse and toxicity at the studio. The Gone Home developer has changed its structure, but Gaynor is still employed as one of the key writers for the studio.

December 2021 also saw major blowback from fans with the announcement of Star Wars Eclipse, developed by Quantic Dream. The studio has been under fire for a while due to reports of toxicity and sexual harassment, particularly in regards to its founder and creative lead David Cage. Fans are outraged that Cage has been given the reins to an incredibly diverse time period of the Star Wars series, with one saying “David Cage feels diametrically opposed to the ethos of Star Wars.”

Auteurs in video games are consistently given power over every facet of a game’s development, and oftentimes when a game succeeds it’s oftentimes them that reaps the rewards the most. It’s a philosophy that runs counter to the fact that video games are collaborative efforts built by diverse teams of people. Directors and writers play a vital role, sure, but there’s so much more talent and effort behind most games.

There are countless stories and examples of auteurism, like with The Last of Us Part 2 developer Naughty Dog. Director and writer Neil Druckmann is the name that almost always comes up in reference to the game’s creative vision, despite being co-written by Westworld writer Halley Gross and relying on the efforts of more than 2000 developers. Much of the industry, including Sony itself, continue to ignore the reports that came out in 2019 of toxic crunch culture at Naughty Dog.

The successes of video games and developers should absolutely be celebrated. But as long as the industry puts so much of the focus on auteurs, others are going to suffer for it. Levine is a prime example of one man being given power over the work of over a dozen other people, and many of those people now have absolutely nothing to show for the years of work they put in.

The last few years have shown a lot needs to change about the culture and working conditions of the video game industry. A small part of that is putting a stop to making “superstars” out of a single member of a development team.

A new report from Bloomberg paints a picture of development hell at Ghost Story Games, the studio founded by BioShock creator Ken Levine. Talking to multiple former developers, the report delves into detail on Levine’s flawed management style, poor communication, and erratic leadership. While Levine is one specific example, the problems with his studio highlight…

A new report from Bloomberg paints a picture of development hell at Ghost Story Games, the studio founded by BioShock creator Ken Levine. Talking to multiple former developers, the report delves into detail on Levine’s flawed management style, poor communication, and erratic leadership. While Levine is one specific example, the problems with his studio highlight…

7 strategies for setting goals you can actually accomplish